The Wolf Road by Beth Lewis
My rating: 4/5 cats

in the “books i didn’t read in a timely manner olympics,” this one is in the running for “most shameful karenfail” medal, because i had this as an ARC, and it sounded so great, i meant to read it immediately, but never got around to it, and then when the hardcover came out, i loved the cover so much 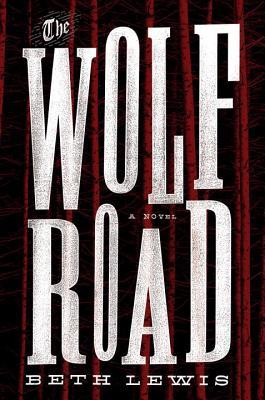 i had to buy it even though i still hadn’t read the ARC, reasoning “well, maybe there were errors in the ARC and now i will read it as the author intended,” but i STILL didn’t get to it, and then when the paperback came out, i loved that cover so much, 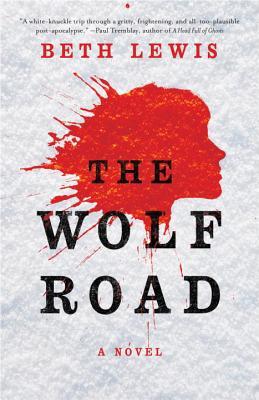 i was tempted to buy ANOTHER copy, but i restrained myself because growth.

and now, thanks to setting myself very specific 2019 reading goals, i have finally read it. and, yeah – it was as good as i’d hoped.

it’s a western-themed novel set in the now even more wildernessy wilderness of post-Event canada, where our young narrator elka discovers that the gruff man she only knows as “trapper;” the father figure who has been raising her for the past ten years, is more than just a facially-tattooed woodsy loner, he’s a straight-up monster; a wanted man named kreagar.

she’s been his ward and protégé since she was seven, when a storm (and storms are serious in post-Event canada) flung her more-or-less on his doorstep, separating her from her grandmother, with whom she’d been living since her parents left her to make their fortunes in the gold prospecting game, leaving her with only vague memories and a letter.

when elka inadvertently learns the truth about her surrogate father from a formidable lady-magistrate with a particular revenge-bone to pick with him, she decides to set out and find these long-lost parents; a journey through darkness and danger, where she will learn the truth about the world beyond trapper’s woods and (wait for it) AND ALSO ABOUT HERSELF.

if anyone needs taglines for lifetime original movies, i will be in my trailer.

it’s all the things i like: wilderness survival, vengeance, epic journeys across uncompromising landscapes, girls with potty mouths who are deadly with a knife – because say what you will about trapper – he may have raised her rough, but he raised her to survive in a world that barely managed to survive itself. but it’s also about nicer, softer things: coming of age and coming back to society and human kindness and trust. when elka meets penelope, theirs is a friendship born of literal life-saving exchanges, but they also have very complementary skill sets: elka has all manner of survival skills and animal instincts, but she’s never had to learn social skills, while penelope can read and navigate the ‘civilized’ world, and she knows how to manipulate; which is a wholly human trait elka’s only just learning about.

I don’t much like roads. Roads is some other man’s path that people follow no question. All my life I lived by rules of the forest and rules of myself. One a’ them rules is don’t go trusting another man’s path. No matter if that’s a real one trodden into dirt or all them twists and turns his life has taken.

it’s a gritty and funny and strong debut, and i would really like to read her second book, Bitter Sun, although it looks like it hasn’t been published in the US yet, so i guess i can put it off for now AND THIS IS HOW THE SLIPPERY SLOPES HAPPEN!