The Virtual Swallows of Hog Island by Julianna Baggott
My rating: 4/5 cats

We are who we are. We need what we need.

i was so excited to see that julianna baggott had a free tor short. why more people aren’t as in love with her pure trilogy as i am, i will never know

like all my favorite tor shorts, this is a bleak little nugget of a story, full of beautifully-written hopelessness, like this, where the narrator reflects upon his wife’s response to their personal difficulties:

She was very scientific about the miscarriages. She mourned the first, but then explained the statistical frequency of miscarriages with the second. After the third, she decided it was better to shut things down for a while, a fallow fields approach. She didn’t mourn at all, or not in front of me. She said that each time she started to express her sadness, it was as if she gave me permission to be sad, and my sadness was too much for her to bear. “This is simple biology,” she kept explaining. “This is just how the body works. You can’t take it personally.” I imagined the small fetuses in their watery worlds, drowning, and how I couldn’t save them. What kind of father could fail, so consistently, at saving his children from drowning? Of course it was personal. Failure usually is.

but this is a tor short and they don’t let you in unless you bring your SF/F game. and this one brings it in the form of virtual reality.

i read this one pretty close to Final Girls, which is also concerned with virtual reality technology being used towards therapeutic ends; facing simulated threats in order to overcome psychological wounds. this one doesn’t go as horrifically awry as Final Girls, but if this ever becomes a thing—opting to make yourself completely vulnerable by giving all your emotional baggage to some geeky coder and strapping yourself to a table in the hopes of making all your problems go away, do yourself a favor and sleep on it. the decision, not the table you are strapped to in this scenario i’m presenting. definitely don’t sleep on that—you are powerless enough without adding an extra layer of cognitive remove.

again, this one isn’t a horror story, it’s more sad and melancholy than scary, but while some of the therapeutic reality setups are uncomplicated and sound like they might indeed soothe a troubled mind:

I invented a level for a grieving widower in which his wife was alive and he was watching her jump off a dock into a lake where he was waiting for her.

I meant: Don’t get over her. Live here.

I invented a level for a girl who’d been raped by her neighbor in which she got to run through the woods in the body of a lion.

Nothing to catch. No hunters to outsmart. Just running for as long as she wanted to run.

others are unpredictable, invasive, and easily manipulated.

this is a beautiful story, with an ending that is sad on a stick. and that stick is then used to poke you in the eyes and heart, which makes it sadder.

but maybe it’s just for me—this one, like her trilogy, has some pretty tepid-to-low ratings. i don’t care—i liked it, even if i’m a lonesome fan. 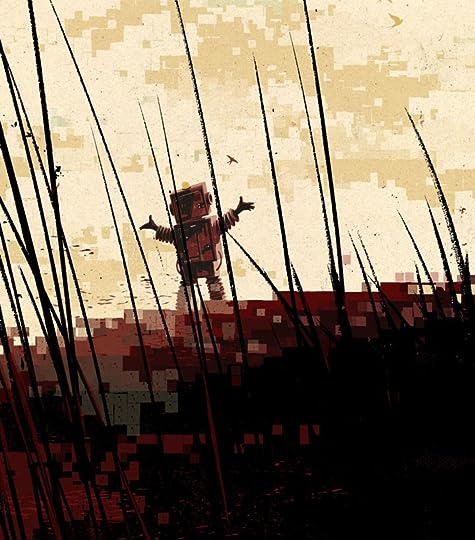