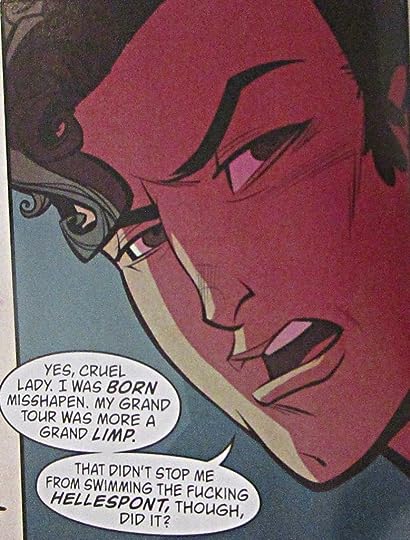 so, i finally sat down to review this book, and my brain completely shut down. i barely remembered it, other than the haunting memory of byron’s cartoon nipples, which were really upsetting: 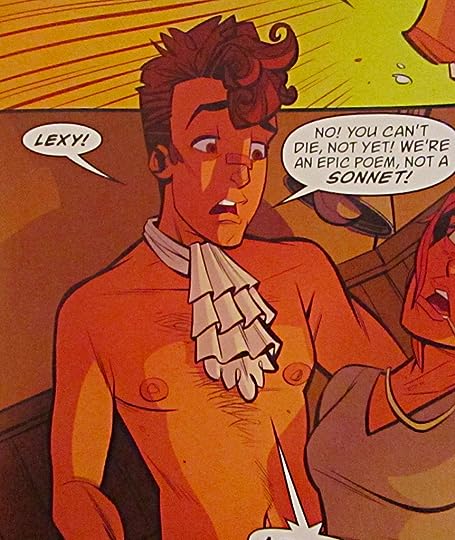 i mean – look at those things! like crazy staring eyeballs: 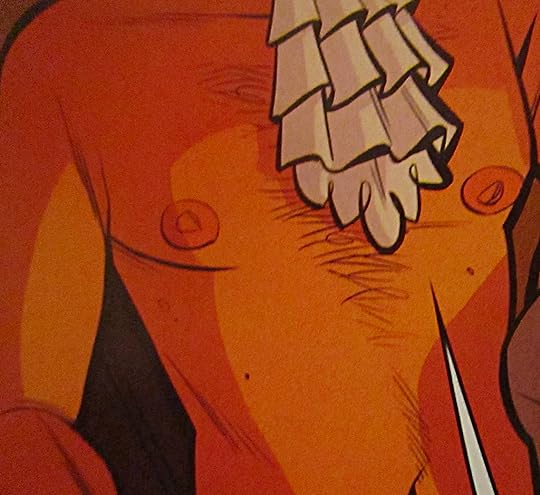 and then i discovered that the mighty anne had written a review for this that is just sublime. i may know some shit about byron, but anne knows all the shit about graphic novels, and she breaks this one down perfectly. read it here!

she’s right – it’s a trainwreck of a book, and after that incisive review, there’s not much more for me to add. i had initially given this three stars cats because my love of byron and the fact that it came out on my birthday softened my heart somewhat.

but then i remembered this: 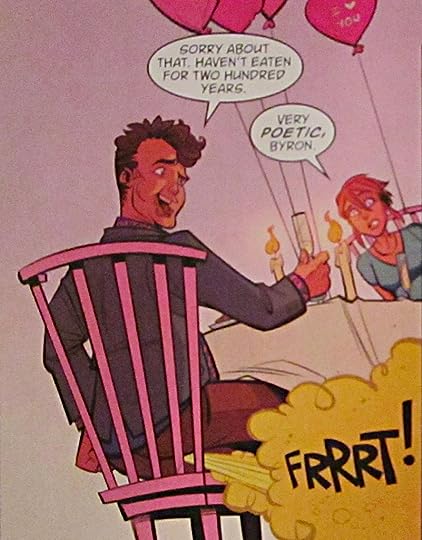 and i had to drop it down to two. because while i love juvenile humor and i love byron, this is just dumb.

i had such high hopes at the start, and they weren’t immediately doused. the premise is good – i liked the idea of byron brought into the modern age – the culture shock of a man famous for his conquests confronted with the modern age’s less coy approach to the art of seduction: 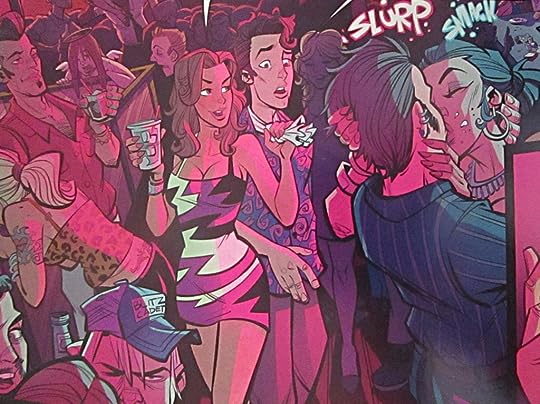 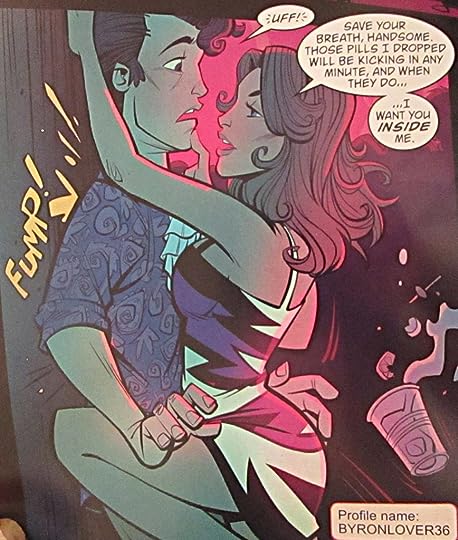 where romantic finesse is less valued, and speed dating gets right to the point:

and it could have been good. but then everything gets muddled once you have casanova leading some mad max gang: 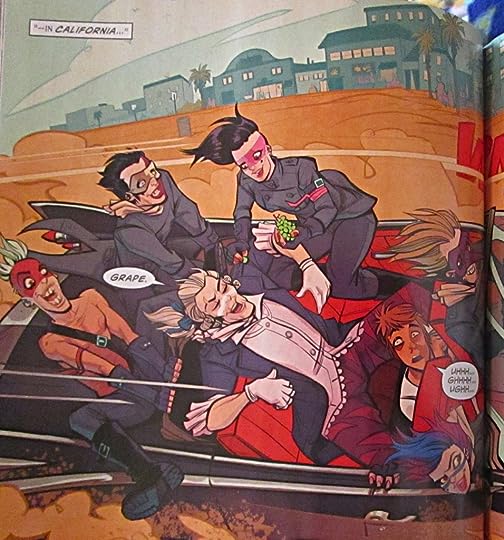 mata hari showing up with her sass and her fists: 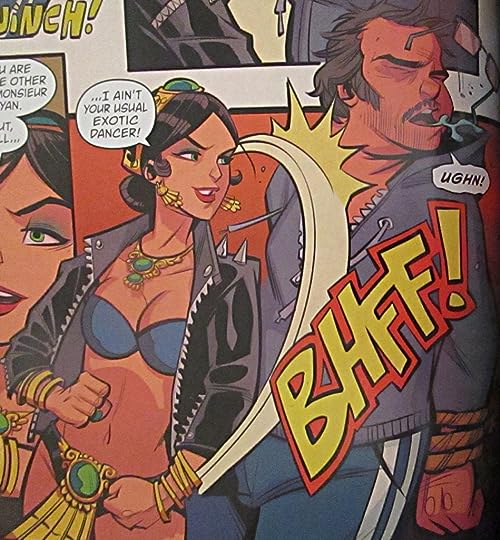 and ada lovelace showing up to drop her mad science: 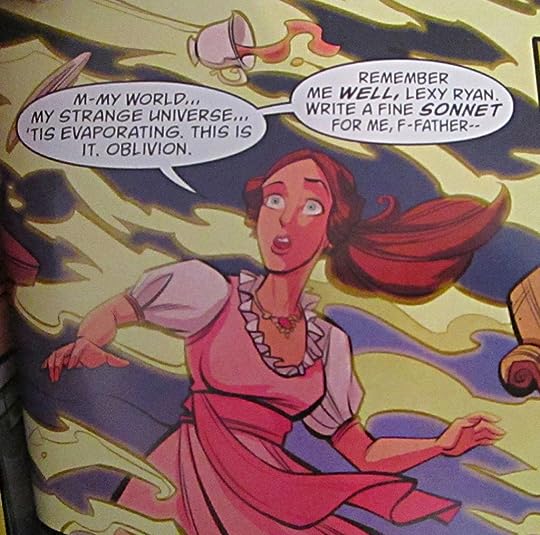 it’s a mess of pudding and cameos, and the story makes no sense. as anne declares: This story is held together with cheap masking tape and retarded nonsense.

seriously, NO ONE was going to tell me there was a graphic novel about byron?? i thought you were my friend, internet!