The Sundial: A Ghost Story for Christmas by R.H. Malden
My rating: 2/5 cats

i love this series, but this one didn’t do it for me.

it’s tiny—only 49 pages, several of which are taken up by seth’s illustrations, which are by far the best thing about this not-at-all-scary story, whose big action scene consists of a man chasing a mysterious figure around a hedge only to realize that the figure is actually chasing him. 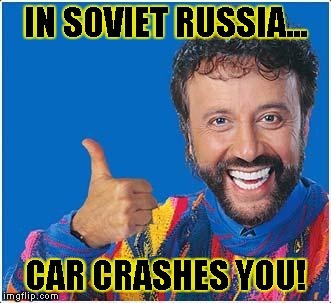 the story is introduced as having been discovered folded up and stuffed into the pages of a copy of a book that the narrator, presumably malden, found whilst browsing in a used bookshop. my presumption is based solely on the fact that malden was an anglican deacon, and the book, hacket’s scrinia reserata, is described as being:

…of real value to anyone who wants to understand certain aspects of English Church History during the first half of the seventeenth century.

the whole “found narrative” device is a pretty transparent cop-out, giving the author the opportunity to distance themselves from criticism—”don’t blame me if you don’t like it—i just fouuuund it!”

it’s a framing technique that, in the right hands, can be absolutely chilling. here, it doesn’t seem to serve any purpose whatsoever, so, yeah—i’m gonna turn my squinty judgy eyes on someone who died in 1951 and that’s all there is to it.

so, back to the story. it begins boringly.

I belong to one of the numerous middle-class English families which for several generations have followed various professions, with credit, but without ever attaining any very special distinction. In our own case India could almost claim us as hereditary bondsmen. For more than a century most of our men had made their way there, and had served John Company or the Crown in various capacities. One of my uncles had risen to be Legal Member of the Viceroy’s Council. So when my own time came, to India I went–in the Civil Service–and there I lived for five and twenty years.

My career was neither more nor less adventurous than the average. The routine of my work was occasionally broken by experiences which would sound incredible to an English reader, and therefore need not be set down here.

in other words, i’m gonna cut out anything interesting.

zipping through these 49 pages, our hero comes into an inheritance, buys a house in the country, and orders a sundial for the grounds. he begins to be plagued by nightmares, hears unusual noises and encounters a figure of a man who appears and vanishes but doesn’t do much that could be considered threatening, except for looking weird and occasionally shaking his fist like a cartoon grandpa.

His neck was abnormally long, and so malformed that his head lolled sideways on to his right shoulder in a disgusting and almost inhuman fashion. He was bent almost double; and I think he was misshapen in some other respect as well. But of that I could not be certain. He raised his hand with what seemed to be a threatening gesture, then turned, and slipped through the trap-door with remarkable quickness.

revelations are revealed, the situation is resolved efficiently with no more drama than would be needed to prevent a groundhog getting into your garden.

and then there’s this, tacked onto the end, which i don’t feel at all guilty about printing in its entirety, because you can read the whole story free here and if you do, please explain it to me, because i’m at a loss.

Next day Parker asked for leave to go to London. He returned with a large picture representing King Solomon issuing directions to a corvée of demons of repellent aspect whom he had (according to a well-known Jewish legend) compelled to labour at the building of the Temple. This he proceeded to affix with drawing-pins to the inside of the pantry door. He called my attention to it particularly, and said that he had got it from a Jew whom he had known in Malta, who had recently opened a branch establishment in the Whitechapel Road. I ventured to make some comment on the singularity of the subject, but Parker was, as usual, impenetrable. ‘Beggin’ your pardon, Sir,’ he said, ‘there’s some things what a civilian don’t never ‘ave no chance of learnin’, not even if ‘e ‘ad the brains for it. I done my twenty-one years in the Service—in puris naturalibus all the time as the saying is—and’ (pointing to the figure of the King) you may lay to it that that there man knew ‘is business.’

so, not the best of the bunch, but the books are so cute and tiny, it would be silly to only get 16 of the 17 titles.