The Loneliness of the Long-Distance Reporter by Daniela Tomova
My rating: 4/5 cats

The Icebound Race is in the pure literal frozen ice-hell of the Norwegian Arctic. You know, the kind of Norway which is all the way out to Europe and then all the way up to a town where the ratio of polar bears to people decidedly favors the bears.

this is a longish, hallucinatory story about zombie sled races.

going into it, i thought it was going to be like the iditarod, but with zombies pulling living humans along the ice, which is an arresting visual, but here it’s somewhat different.

during “revenant season,” the zombies buried underneath the snow are unearthed by the driving winds and begin walking around, where they are gathered by handlers who take care of them until race day. they have more motility than yer average zombie, because they race alone, on kicksleds, drawn by an impulse towards…something located at the north pole.

they can also speak

the zombie racers are given a head start before the human competitors follow on their dogsleds and sometimes there are unfortunate encounters between the two types of racers. the event is new, but gaining momentum, and our heroine, an extreme-sports writer, is there to cover the race and its history, and also participate.

her interview style is casual at best:

“Reason other than poke-the-bear, bread-and-circuses kind of thing?” he asks, reaching over me to get the bottle.

it starts out funny and jokey like that, but once the race begins, it’s nothing but white wilderness as far as the eye can see, hour after relentless hour, and although the possibility of a zombie lagger always a tension-making possibility, the brain naturally slips into a hypnotic resting-state of introspection and self-scrutiny.

and then the weird shit starts happening and the story gets slippery and jagged and i probably didn’t understand all of it, but the parts i did were great, especially the way it keeps circling back to fate and choices, and i loved the narrator’s voice and her ruminative wrestling with her own family legacy.

Don’t get me wrong, I do have a survival instinct. I got it from my father, who managed to escape the old country by snaking under a kilometer of razor wire and throwing himself over concrete walls twice his height as he was shot at by fellow officers armed with Kalashnikovs. He made it, though his twin brother didn’t.

“I had been right there,” he’d repeat with the same disbelief every time he told the story, “where he was hit. That same spot, a second earlier.” And he’d instruct me, cryptically, “Learn from me.”

I was never sure what I was supposed to learn but I grew up obsessed with what it was that made the difference—one zag instead of a zig and I wouldn’t exist. Snap. Just like that.

One zig instead of a zag and the bullet that felled my uncle would have chipped a concrete wall instead. And I’d be working in a tech startup or in marketing, because I wouldn’t have had to grow up with the horrible sentence: “I had been right there, a second earlier.”

But zigs were zigged and zags were zagged and here I am, seeking out experiences on the edge of survival that I can package into marketable epiphanies for eight cents a word.

this race is very much not for me, but the story, despite the murky whasshappening bits, very much was. 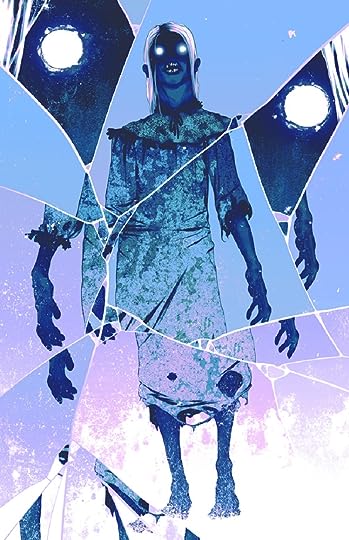