How to Be Eaten by Maria Adelmann
My rating: 3/5 cats

Maybe everyone has a story, but not everyone was interviewed by Barbara Walters at age twelve, cross-legged on a couch in a red dress and Mary Janes, skin still red from stomach acid, getting chastised for her wantonness. Not everyone was in a Western 45 Gun Company handgun ad just to pay the hospital bills. Not that I was the one who shot him. Not everyone is the fictionalized star of pedo-erotic-true-crime fan fiction and actual porn, posted on the deep corners of the internet, some version of me wandering around a subdivision in pigtails naked, save for a red-hooded cape.

this was a three-starcat-read for me, but it’s a high three starscats. not to be confused with three high stars cats: 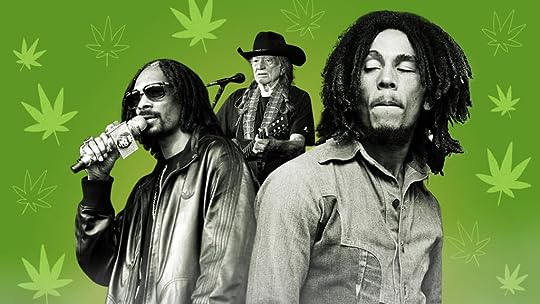 i love fairy tale retellings, especially when familiar stories are transplanted into contemporary times, forcing the modern reader to re-examine the messages we’ve been passing down unthinkingly through the generations, many of which are, as they say, problematic, even in their softened, disneyfied forms. lots of happy endings for women kissed sans active consent by powerful men whilst deeply comatose, ladies choosing to relinquish their power of speech to be with a man, women punished for their curiosity, for running late, for talking to strangers—fairy tales are not typically great for females.

i’m not sure if angela carter was the first, but she was certainly one of the pioneers in the “feminist reclamation of fairy tales” genre, which somehow, despite a finite pool of source material from which to draw, is still thriving as authors find inventive ways to build new stories on the canon’s bones.

the creative hook to this one is centered around a therapy group for women who had once upon a time lived through a variation of a familiar fairy-tale scenario; girls who grew up to become women deeply scarred by their traumatic experiences, which are reclassed here largely as true crime stories: a woman married to a blue-bearded billionaire serial killer, a girl who saved herself and her brother by murdering the woman who kidnapped them, a girl seduced by a predator on her way to visit her grandmother.

because if anyone’s gonna need some therapy, it’ll be someone who was swallowed up (if only temporarily) by a killer masquerading as a trusted relative. and the formerly little red ruby’s…not doing so well. her riding hood(ie) story is reshaped as an encounter with a sexual predator, flattered and manipulated by a wolfish creature in an interaction that reminded me very much of the highly uncomfortable must-read graphic novel Panther. here, we see her grown up to become a wayward substance-abusing cutter; sarcastic, self-destructive and self-effacing—always sweaty, always hungry, wearing a truly grotesque fur coat made of the wolf who consumed her and drawn to debasing casual sex with men drawn to her damage.

Emil and I have this on-again, off-again storage-closet romance. “Romance” is a strong word for it. He sometimes nonexclusively jams his junk down my throat over lunch breaks until I can’t breathe.

Emil has the personality of a drunken pirate trying to clean up his act. For three weeks out of each month, he treats me like a siren trying to shipwreck him. When he’s exhausted himself from abstaining, he’ll reappear with that hungry, wanting look. Later, he’ll pawn it off as a moment of weakness that was my fault, saying things like “Well, when you wear that dress” or “You finally washed your hair.” We keep doing it, just like that, in a way that’s annoyingly unstoppable, like how you find yourself singing along to a crappy pop song on the radio that you unfortunately know by heart.

ruby is just one of the women assembled into this group by the blandly inoffensive will—a therapist with an ulterior motive. well, two ulterior motives, and one icky, sticky secret. his (stated) objective is to provide a safe place for these women to share their experiences with others like them; survivors of unusual and horrific circumstances whose details were salaciously media-twisted, their lives raked over the coals of public opinion and spoiler alert—they are a judgy bunch.

“To be honest, I thought Gretel, of all people, would get it,” says Ruby. “We both escaped being eaten for lunch, just to have the media eat us for dinner.”

the women come to the group for their own personal reasons and hounded by their own personal demons, but will’s sales-pitch-goal for them is empowerment—taking back their stories from the spotlight of their abusers and the media’s framing of them as complicit in their own victimhood, or presenting reductive versions of themselves defined solely by their trauma, their rescue, their proximity to real-world horror.

so, these are revisionist fairytales of women whose experiences were already revised by scandal-hungry media; their lives exploited for the titillation of viewers, news cycles splaying out their worst days before abandoning them, rapidly moving on to the next bleeding story without pausing to consider what happens to these individuals afterwards; the real people behind the true crime stories, the “where are they now?” survivors carrying on living after their experiences have been scrutinized and dissected into unrecognizable form: Sensational or sanitized, there’s no middle ground.

this book is the middle ground.

the best backstories here are ruby’s and bernice’s, who is surrounded by the chattering voices of her blue-bearded husband’s former lovers, now trapped in the objects he made from their bodies, finding herself guilty by association; lumped into the crimes she had no idea he had committed…until she did.

In my new neighborhood bodega, the cashier stared, then looked over near the window. I followed his eyes to a display of newspapers and tabloids. I picked up a paper where an op-ed headline read WHEN CURIOSITY KILLS, as if opening the door had been the real deathblow. A tabloid had a photo of me on the cover, on the day of the funeral, wearing a dark navy dress, almost smirking under a rainbow umbrella. TRUE BLUE! The headline shouted in bold lettering. The subheading: BLUEBEARD’S GIRLFRIEND STANDS BY HER MAN.

I was always a reference point for someone else. I was born into the last name of a father I hardly knew, in school I was always my sister’s little sister, in the mansion Andrea had called me Taylor, and now I was the nameless possessive of some stupidly named serial killer.

“Wearing navy to the funeral,” said one apparent expert in an unnamed field,” suggests that she’s still aligning herself with Bluebeard.” They write about me as if I’d attended the funeral of a mistress I was complicit in murdering. They compared me to the smiling wives of cheating politicians and the adoring fans of death-row inmates.

i also enjoyed ashlee’s story, an outlier in that she’s not attached to a specific fairytale, but is kind of catch-all for every “happily ever after” princess story—the winner of a Bachelor-style reality dating show called The One, who got her prince but was emphatically not a fan favorite.

hers is a wonderfully caustic behind-the-scenes look at reality show production—the manipulation and grooming and sneaky editing. i have never seen The Bachelor because i am a monster who hates love, but the whole grueling process, the women blindfolded, sequestered, transported to undisclosed locations like prisoners of war was fascinating and also horrifying. and that “prince” was certainly no prize.

gretel’s story was the weakest of the bunch and for whatever reason adelmann decided to be very cagey about disclosing raina’s identity until the Big Reveal, so i’ll respect that choice, but overall, while i enjoyed the witty observations and commentary, the parts didn’t cohere into a satisfying whole.

the premise and the individual stories were great, but it needed more connective tissue to make the big-picture story work; to make this operate as a novel instead of a loosely-bound story collection. my issue isn’t with the writing, it’s with the construction. she’s got a strong concept, it’s funny and there are some sharp insights, but it mostly just scratches the surface of its themes of gendered power structures, identity, and the squickiness of true crime as entertainment without developing it into anything more than raised questions.

YMMV, of course, and my inability to be over-the-moon-wowed by this is probably because i’ve pretty recently read These Women and Notes on an Execution, where the whole “taking the narrative away from the serial killer to focus on the lives of his victims/survivors/women surrounding his story” offered much more thorough explorations of the theme, and More Than You’ll Ever Know did an excellent job examining our obsession with true crime in general.

as far as this one goes: great cover, great moments, good book.

I WON A GOODREADS GIVEAWAY!!!