The Guest List by Lucy Foley
My rating: 4/5 cats

in many ways this is the exact same book as The Hunting Party—wealthy pals with dirty little seeeecrets partying in a remote location while a storm’s a-brewing on the horizon, treating the help (and their less well-off pals) shabbily, smashing glasses here and there and THEN THERE’S A MURRRRRRDERRRRRRR.

BUT WHO? AND BY WHOM? AND WHY?

in fact, let me just steal the opening paragraph from my own review of The Hunting Party, amending where necessary:

i had huge, sky-high expectations for this one.

gimmie a locked room mystery in an unusual setting, gimmie a gathering of friends who have seeeecrets and one gets murdered, gimmie fast-paced, slow-reveal nonlinear psych suspense with the shifting POVs of unreliable narrators who’re all mostly low-level shitty and any one of ’em could be the killer, gimmie tana french’s name as a comp, gimmie red herrings and complications and an added wrinkle of not telling me which one of ’em is the victim and give. me. that. cover:

yop. one size fits both.

The Hunting Party was maybe the very first book i read during NYFC quarantine 2020, and it was fine. i read it in a day, it took my mind off of the horrorshow developing all around me, but it was by no means great. this time around, my expectations were lower, i had just finished my first week back at work after months of interacting with one, maybe two people a day, and i was too exhausted—mentally and physically—to concentrate on much, so i grabbed this, knowing what to expect. it was another one-sitting read, and while it felt very familiar in construction, it was also…better.

it’s a very agatha christie type of book—more sex and drugs and brad pitt references than any of hers, but built with the same energy and setup: assemble a group of people, kill one and let the coincidence banners unfurl. there’s no preternaturally quick-witted detective in the group, so the reader takes on that role themselves, gleaning facts from the multiple POV characters, setting the clues aside for later, sifting through all the bad behavior and button pushing, the secret cutting, long-nursed resentments, passive-aggressive baiting, competitive one-upmanship, characters loud and intoxicated and unsubtle. some of The Hunting Party‘s weaknesses return—interchangeable background characters, grievances prolonged well past reason instead of having a potentially slightly awkward conversation (SEE ALSO: anonymous notes delivered instead of having a potentially slightly awkward conversation), along with plenty of contrived scenarios, genre cliches, and Very Dramatic Behavior.

but there are also improvements—there are more sympathetic characters in this one (if that matters to you. me, i’m fine with a passel of villains, but if you need someone to root for, this time you have options), there’s a slightly more layered resolution, with an unexpected wrinkle, and i gotta say, while jules’ mother is the laziest of all stereotypes, her father…there was something there—a mostly unexplored potential, but the sense that in a different book, with a less skimmy tone, he could have had some real weight as a character.

but that ain’t this book. this is a summertime loungin’ book that doesn’t need you scrutinizing its beach body for flaws. is the sheer number of parties seeeecretly wronged by the victim unrealistic, as motive after motive leaks out, deepening the suspect pool? sure it is! but that’s what makes it fun! it’s a frothy melodrama you needn’t take too seriously, because the world is too much right now and we need a break.

and honestly, when it comes to murrrrrderrrr i’m fine with unrealistically large suspect pools. 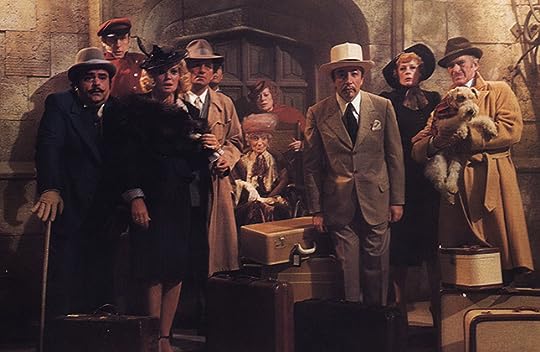 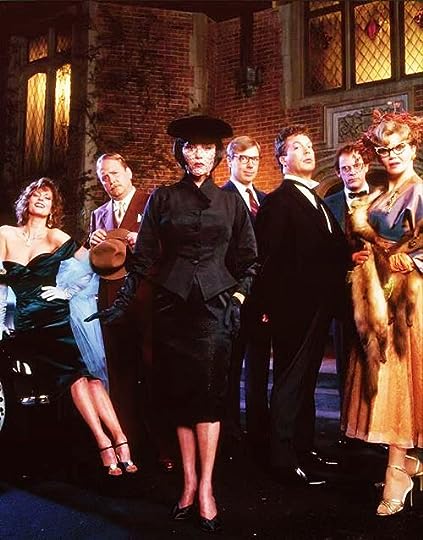 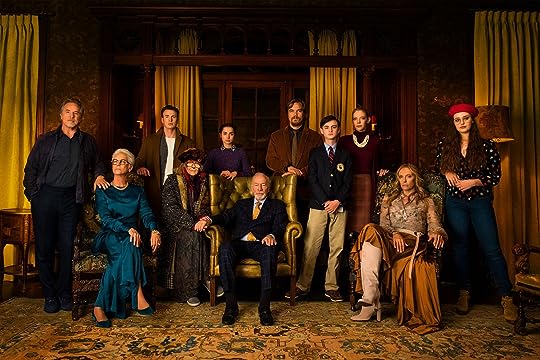 exactly the one-day leisure read i needed. review to come.

unexpected day off work and i’m gonna spend it reading something i’m told is not very good but that i think will be perfect for my attention span and this obscene heat and where my head’s at. bring on the escapist thrillers and tiny chocolate chip cookies, i say!