The Echo Wife by Sarah Gailey
My rating: 4/5 cats

The floor was well polished.
Dragging him across it wasn’t hard at all.

this is a deliciously entertaining bit of domestic suspense with a SF cherry on top.

evelyn caldwell is a brilliant scientist whose award-winning advances in cloning technology have won her great renown—she has risen to the very top of a male-dominated field, and the method she developed to program personality traits into clones bears her name. however, her professional success has been at the expense of her personal life; she has chosen the demands of her career and her research over motherhood and doting-wifehood; frequently standoffish and impatient with her husband nathan’s intellectual shortcomings and emotional requirements.

when he leaves her for another woman, she learns she has unwittingly created a monster of her former spouse, who has stolen her research and has himself secretly created—not a monster, but a clone of her, with all of her undesirably prickly personality traits spliced out, resulting in a demure and accommodating replacement he has named martine and now plans to wed.

this is, to put it mildly, not a good thing for evelyn, personally or professionally. the caldwell method was not meant to be used to improve one’s spouse, nor were her clones supposed to engage with the world beyond her lab; they were intended for organ donation, genetic and medical research, or for short-term use as body doubles. martine’s very existence has already destroyed evelyn’s marriage, and now threatens her professional standing and her funding, especially since martine is now pregnant, which shouldn’t be possible.

when nathan dies, suspiciously and messily, evelyn is forced into an uneasy alliance with martine; keeping her—and nathan’s death—a secret in order to protect her reputation. what follows is a briskly-paced tale of ethics and morals and self-preservation, with a bit of frankenstein’s responsibility-for-one’s-creation, unintentional or not, thrown in.

it’s a wholly original variation on a number of familiar storylines: a love triangle where the other woman is, fundamentally, the same woman; a partners-in-crime buddy tale complicated by the disorientating experience of a character befriending a slightly-tweaked version of themselves; and a twist on the mother-daughter dynamic as a woman tries to understand this ‘new’ being who shares her genes; watching her develop, learning what her implanted social cues signify—the experience of new motherhood reinterpreted as a science experiment.

the relationship that blossoms between evelyn and martine is darkly delightful and a real win for the sisterhood. refreshingly, evelyn sees martine as more of an intellectual curiosity than a rival—there’s no homewrecker shade thrown; she knows the blame falls squarely on nathan, and she even feels a little sorry for martine, programmed as she was to love nathan, with no agency of her own or ability to make her own choices. because a clone is not a person, right? riiiiiight?

yeah, that’s another wrinkle in this l’il shar-pei puppy of a story. 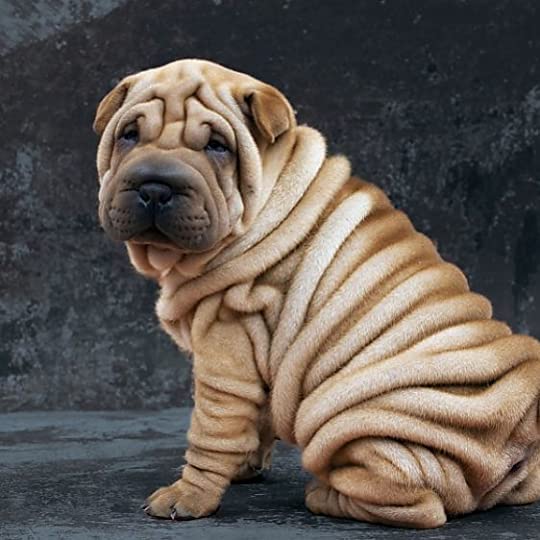 how they managed to cram so much into a 250-page book is remarkable. read this book, and then you can remark upon it, too!

a million thanks to jordan/tor for sending this my way. i gave the box’s second “influencer” copy to MY echo wife erica (or am i the echo wife?) no matter, i know she will love it, too.

there are so many treasures in this box, i feel downright courted! 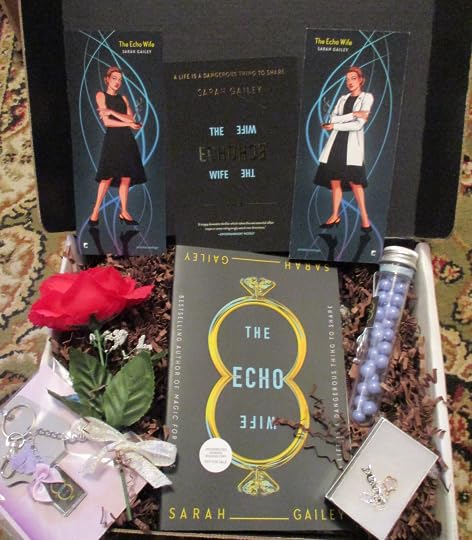