Across the Dark Water by Richard Kadrey
My rating: 3/5 cats

“Do think they’ll ever lift the quarantine?” he said.

“We were the epicenter. What do you think?”

“I don’t think they’ll ever let us out.”

They walked for perhaps a half hour more before the guide said, “Shit.”

the good news is it’s a fun story; a post-plague city in quarantine, overrun by zombie-ish hordes, genetically modified dogs, drones, hucksters, thieves, and one grave-robber who just wants to get out of quaran-town after his wife leaves him. and if you read it just to read it; because you like reading stories before going to work or making dinner or while you’re pooping, you’ll be totally satisfied.

but if you can’t turn off your “but wait” setting, you might have a lot of questions at the end; about how people live, who’s controlling what, and why—if you have clear objectives and the means to effectuate those objectives—why not just…do the things you want? instead of going (or making other people go) a whole roundybout way ? 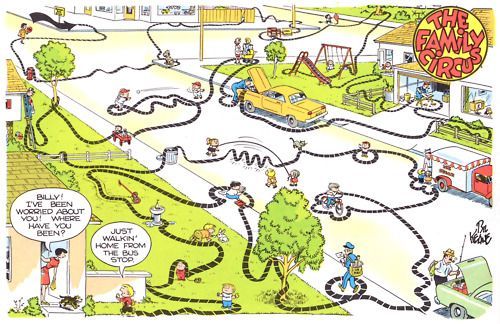 in times of plague and destruction and people dying all over the place, shouldn’t efficiency be a priority, just in case? cutting out the middle man? and as for item #2 on the wish list, yes, there is an explanation about why they didn’t just DIY, but “because i wannit” is narratively unsatisfying.

did i miss the explanation of what the “job-related implants” were? where do maggie and her pals live? do they stand there ALL DAY, waiting for someone to come by?

Later, there was a charred apartment building festooned with torn biohazard tape, as if decorated for a party.

An hour on, a street sculpture of two people kissing that had been constructed from bricks and broken glass.

Then, a children’s playground full of naked mannequins.

who is making this art, hauling these mannequins? it’s not crucial to the story that we know who or why, but if we suspect that the “why” is because they hoped an author would one day use it as casual window dressing background-detailing their post-apoc story, well, it just deflates as imagery. striking visual, sure. but there are less awkwardly contrived ways to show “shit’s messed up.” y’already got human heads on spikes, after all. i’m gonna be late for work if i keep thinking about this but i had MANY QUESTIONS.

and yet, i enjoyed the story overall. i just need to exit logic mode. beep boop beep. 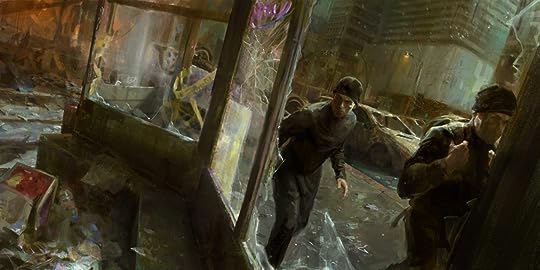