The Deep by Nick Cutter
My rating: 4/5 cats

okay, so the back of this book claims it is like The Abyss meets The Shining, and on the one hand, you might think to yourself “yeah, well it’s a horror book that takes place under the sea – pretty lazy comparison, that.” but it’s actually a perfect comparison, and one which goes beyond the obvious surface-similarities. this book is just classic horror writing. by which i mean classic MODERN horror writing, not that algernon blackwood stuff that relies too much on half-seen apparitions and insinuation. this one reminded me in all the right ways of it, with some shades of misery and also a little bit of the thing. it’s a wonderfully self-contained horror story that uses psychological elements like claustrophobia, isolation, and paranoia in conjunction with its more supernatural elements in order to hit the reader from all possible angles simultaneously. and it is very effective.

apart from the flashbacks, it all takes place 8 miles below the ocean, where even without the paranormal creeping in, there are so many natural things that can go wrong. you know you’re in a scary place when these terrifying-looking viperfish are the least of your worries:

if you read The Troop and you were all “ewww too violent!!” or “oh no, the animals!!” back away slowly from this one, because it’s both more of the same and MORE of the same. it’s not going to pull its punches just because you like puppies and mousies. i like those things, too, but it’s not much of a horror novel if no one gets hurt, yeah? and this one will come to get you where you live. i mean, true – it takes place 8 miles beneath the ocean, which is probably not actually where you live, but it does that more insidiously-scary thing in its flashbacks that stephen king is so good at especially in it, which is to remind you of how fucking terrifying childhood was. of how the thing in the closet was completely real and you were so small and no one was on your side. this book will bring you back to that point where anything could happen in the dark. 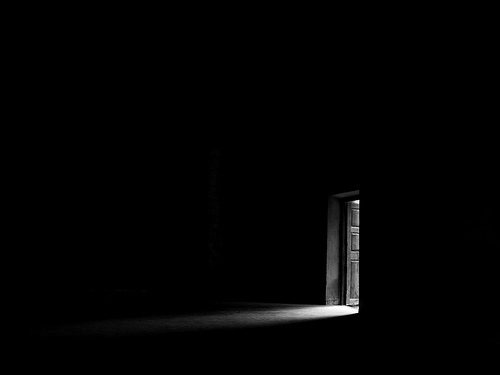 the only disappointment i had with this book is that we didn’t get more about the ‘gets – the plague that inspires the whole undersea research situation in the first place. because that’s what fascinated me from the beginning – the symptoms of the plague that had me rapid-fire self-diagnosing:

It causes people to forget—small things at first, like where they left their keys…then the not-so-small things like how to drive, or the letters of the alphabet. Then their bodies forget how to function involuntarily…and there is no cure.

because i know i have that disease.

and i would be perfectly willing to read a companion-book to this one that focused on what was happening on the surface either before or during this book, so if that was ever up for debate, know that i would heartily approve.

but this book?? fantastic, chilling stuff.