“No one cared that a cute little Black girl bravely fought and then died of an incurable form of cancer. But then you un-died. People from all over the world are watching now, just wanting to get close enough to study you better.”

k’mori is brought back to life and that’s only the beginning of her problems.

a reanimated body augmented with cutting-edge science comes with a whole lot of physical and psychological baggage and she’s struggling to get used to her new body and its limitations.

There is a special alarm in my room reminding me to swallow food. This is one of the many amendments to my new life. If I had died and come back like I was, I think it would be a pretty sweet deal. But it’s been two months now.

My mom lost a kid—and got an expensive science experiment back. Now the government is protecting its budding investment.

glass writes the hospital scenes really well—as a patient, you’re already somewhat dehumanized; you’re just a collection of broken parts to be fixed, and it’s disorienting to be surrounded by beeping machines and strangers who are intimately familiar with your body.

k’mori’s situation has the added discomfort of becoming more symbol than person; a success story for medical achievement and a topic for public debate, “a poor kid that got roped into making history.” she becomes a target, her comeback-from-death taking on religious significance as groups of people gather outside the hospital’s walls, her resurrection turning her into a miraculous messiah figure to some and an unnatural/hubristic antichrist to others.

it’s a lot. and it doesn’t end clean, which i liked in this case.

unpopular opinion time: i love that there are more trans characters being written into things these days and i love that we’ve moved past the need to focus only on that one part of who they are and transfolk can just be there, living their lives, the way it is, you know—in real life.

BUT, including a secondary character whose trans status is mentioned for no particular reason and does not serve the narrative in any way feels like the clumsiest checklisty lip service, shoehorning in some trans representation for what, diversity points? kinda cringy, IMO. 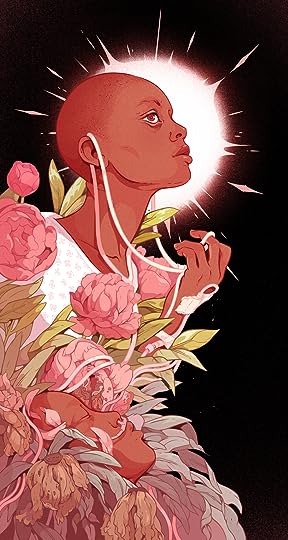