JANUARY PROJECT IS OVER!

yes, i am starting january project a little on the late side—photobucket was doing its thing again and i was unable to access my photos or upload new ones, which is 2/3 of the reason i haven’t been reviewing much here recently and am now woefully behind in all of my reviews and projects and all of it. but now it’s back, so I’M back, with a 12-day project using this book made up of two things my 8-year-old self would’ve gone nutso for: unicorns and stickers. i’m not going to bother being coy about before-and-after images and spoiler tags because this is a celebration of YOOOOONICORNS, and also of my ability to match up stickers with their corresponding numbers and adhere them with surgical precision. I AM A STICKER GOD! so—enjoy half a month of unicorns.

on the first day of unicorns, these stickers gave to me—two FANCY PRANCERS: 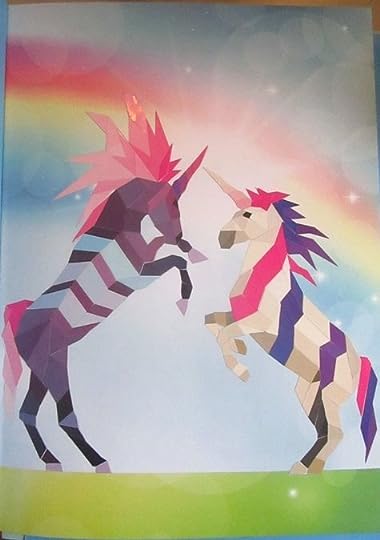 i am pleased to present: SPARKLING STUNNER. 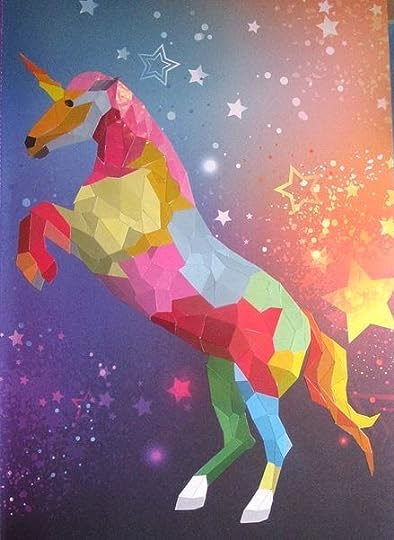 absolutely NOT to be confused with “STUNNING SPARKLER,” which internet tells me is this: 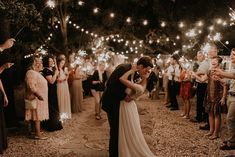 so you can see why there’s bad blood there.

today begins with an apology. blinded by the majesty of unicorns AND the blurry-squinty aftereffects of matching tiny stickers with tiny numbered chalk-outlines, i mistakenly reported that yesterday’s unicorn was called SPARKLING STUNNER. which any fool can see is incorrect—that is clearly STARLIGHT STALLION, and THIS: 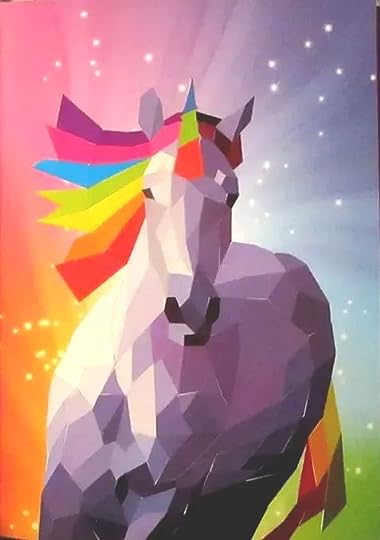 is truly SPARKLING STUNNER. my apologies to the unicorns and their families for such an amateur mistake. 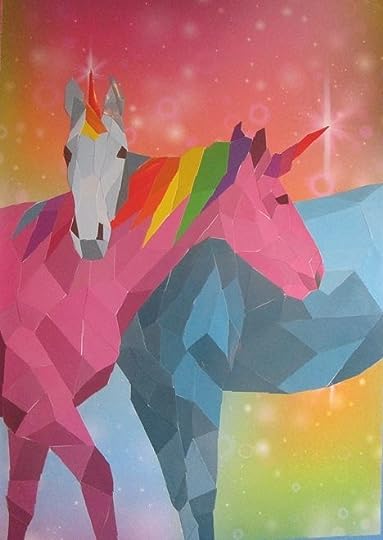 i’ve just looked down and realized i am typing this wearing fingerless neon yellow fishnet gloves while reviewing what is basically a lisa frank stickerbook, and my first instinct upon seeing the title of this one was to sing it to the tune of Electric Youth.

somewhere along the way i forgot to grow up. 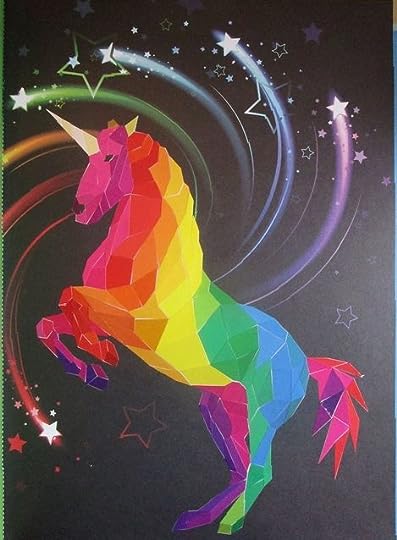 YEAH SHE IS!!! NO ARGUMENTS HERE!!

i have been confined to bed for the past few days with garbage back. it kept me from posting, because sitting is a nightmare, but it didn’t stop me from stickering, so imma drop three unicorns on you right now POP POP POP! 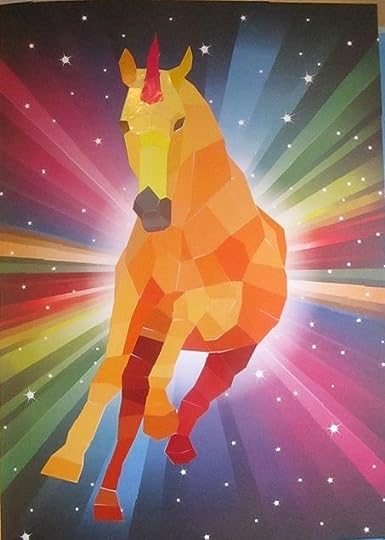 THIS IS THE SCIENCE OF WHERE THE SUN COMES FROM! YOONICORNS! THEY TOLD ME I WAS MAD, BUT HERE IS PROOF! 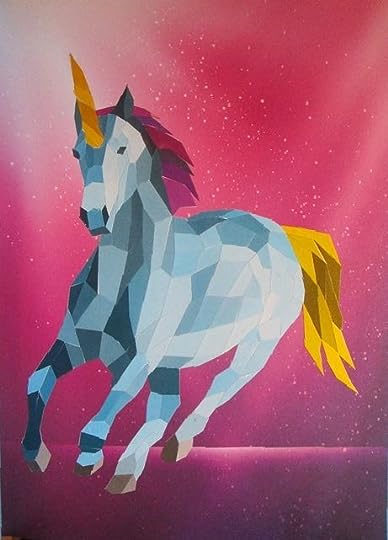 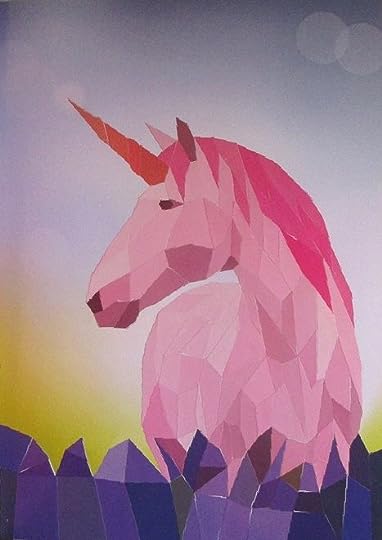 she’s lilac! and she wanders! in lilac!

now i gotta drag my mentholated ass back to bed. enjoy your days! 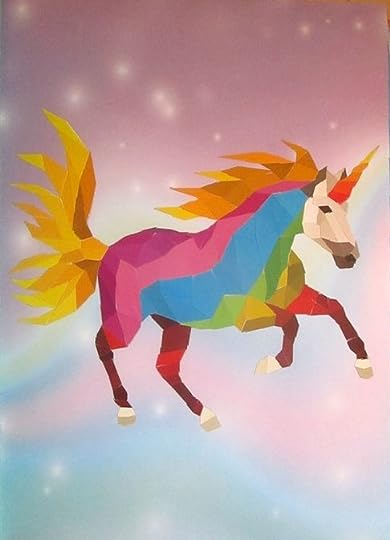 oh no! this fire was too wild! she burned her face off and is now just a unicorn skullington! 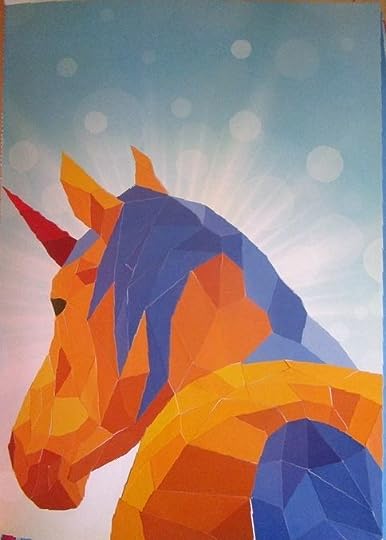 AND SO I DID THIS 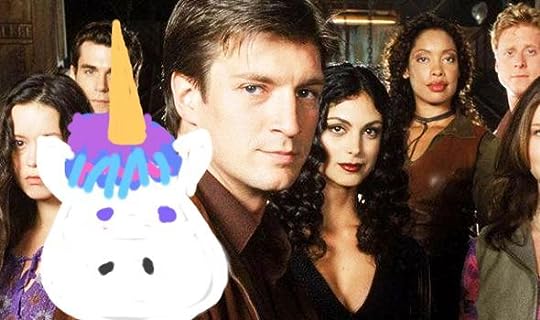 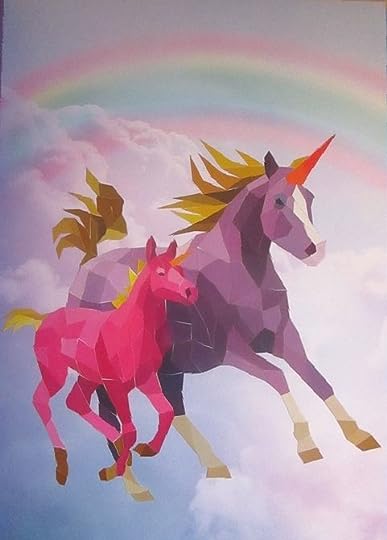 wait, can unicorns fly? if so, what makes pegasuses so goddamn special? is that even the correct collective noun? i can’t handle this world i give up goodbye. 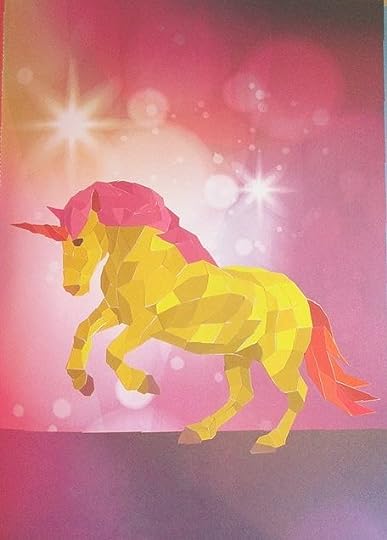