Severed: A History of Heads Lost and Heads Found by Frances Larson
My rating: 3/5 cats

Decapitation is the ultimate tyranny; but it is also an act of creation, because, for all its cruelty, it produces an extraordinarily potent artefact that compels our attention whether we like it or not.

who knew there were so many things to say about human heads?? not human minds, with all their psychological bells and whistles, nooks and crannies, but just… heads. decapitated heads. this book is an academic overview of all the ways in which severed heads have played a part in human history. chapters include: shrunken heads, trophy heads (war), deposed heads (executions/guillotine/war), framed heads – the severed head in (or AS) art, potent heads (relics), bone heads (phrenology – stolen heads/anthropology), dissected heads – (medical school, discomfort), living heads (cryogenics, galvanization).

so many uses for a severed head, y’all! 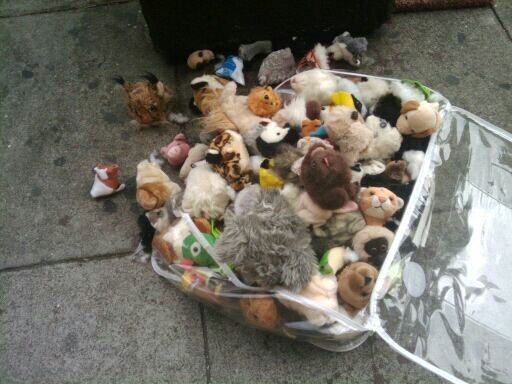 it’s pretty fascinating stuff, and not a subject i ever expected to see, much less read an entire book devoted to, but once you see it, you know you have to read it. i have read that book of short stories, Severance: Stories, which had a fantastic premise that it just didn’t live up to, while this book is just straight-up scholarship that doesn’t try to be narrative, and yet its subject matter is compelling enough that you don’t mind the dryness of its tone, or its occasionally puzzling distinctions:

Decapitation is a contradiction in terms because it is both brutal and effective.

not really sure how that’s a contradiction, but decapitation is definitely both of those other things.

the chapter focusing on the guillotine was one of the most interesting ones, particularly in its discussion of how commonplace public beheadings became in france during its heyday, and how that affected the people as it went from being a horrifying cautionary spectacle to an entertaining diversion to just ho-hum, another beheading, pass the bread.

The guillotine had transformed decapitation into a dispassionate procedure that minimized the brutality as much as possible, but taking the drama out of death is a dangerous ideal. The Terror demonstrated well enough that the only thing more horrifying than a severed head is a society that finds it mundane.

when you start finding yourself bored by public executions, there’s a real problem there.

some of her conclusions are a little ghoulish

For all their gruesome nature, severed heads are also inspirational: they move people to study, to pray, to joke, to write and to draw, to turn away or to look a little closer, and to reflect on the limits of their humanity.

and “inspirational” seems to be a bridge too far, but it’s hard to argue with some of her assertions

Generally, a dry skull made a more attractive, and more manageable, trophy than a rotting human head.

even when she edges into this near-confessional-feeling celebratory tone

Taking a head is an audacious act of supremacy. It turns a person into mute matter. The headless body is leaderless and nondescript; the bodiless head is vacant and impotent.

In various walks of life, gruesome decapitations have become part of our cultural fabric, and part of our collective heritage.

Such violent acts can inspire a surprising range of emotions. Feelings like grief, disgust and shame are to be expected, but these negative reactions are often mirrored by a sense of intimacy and wonder. Holding a severed head in your hands, even cutting off another person’s head, can be a thrill. Owning somebody else’s head can be a fascinating and deeply moving experience. It can be an expression of respect or an act of abuse, or both at once.

but even though that makes you want to edge away from her slowly slowly, there’s no denying how cool some of these stories are, especially those in which scientists get a little restless and curious with all the “i wonder what happens when i do this??”

In the mid-twentieth century transplanting anything other than bone, blood vessels or corneas still proved to be a hopeless venture, and Demikhov set out to prove that soft tissues, even the delicate tissues of the brain, could survive transplantation. In each case, Demikhov’s team attached the head, shoulders. heart, lungs and forelimbs of one dog onto the neck of another dog. Although most of the two-headed dogs died after a few days, some lived for a few weeks and the experiments were deemed to have been a success. The donor dogs not only remained conscious, they drank water and bit people’s fingers. 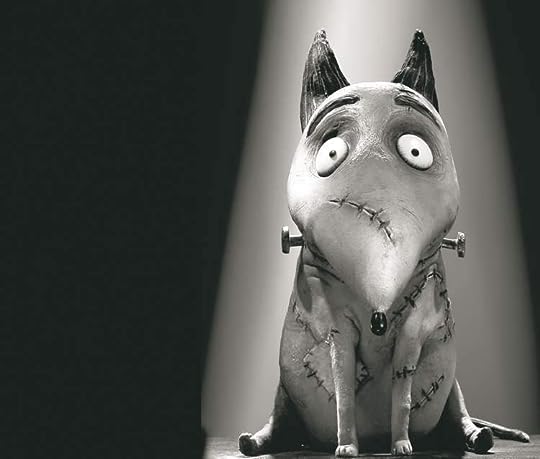 In May 1908, in St. Louis, Missouri, Guthrie successfully transplanted a dog’s head onto the underside of another dog’s throat. He grafted the arteries together so that the blood from one dog flowed through the head of the other. The transplanted heads displayed basic reflexes: the pupils contracted, the nostrils twitched, the tongue moved. Seven hours after the operation complications set in and Guthrie euthanized the dogs.

and i mean, obviously, poor doggies and all, but this still gives me not-unpleasant ripple-chills all over to discover all the shenanigans scientists get up to behind closed labs.

and i am so glad that medicine made substantial advances before my new onset epilepsy turned up and all i had to deal with was boatloads of dilantin.

A German physician, Johann Schroeder, recommended pounding up the brains, skin, arteries, nerves, and whole spinal column of a young man who had met a violent end, and steeping the mixture in water and flowers, such as lavender and peony, before distilling it several times for use against epilepsy. Christian IV of Denmark, who died in 1648, was said to have taken powders partly composed of the skulls of criminals as a cure for epilepsy. These remedies were common for centuries, and executioners had to deal with the eager demands of the sick waiting to collect their prescriptions. Even in the 1860’s there were reports of Danish ‘epileptics stand[ing] around the scaffold in crowds, cup in hand, ready to quaff the red blood as it flows from the still quivering body’.

i would not have waited in line for the opportunity to snort skull dust. not even at a rave.

In the 1560’s some of the traitors’ heads from London Bridge were reused as medicinal cups for a group of men working at the Royal Mint who were suffering from arsenic poisoning, the symptoms of which include headaches and lightheadedness. The ailing men drank their medicine out of the cleaned skulls, but many of them died anyway.

that last sentence kills me. the way that expecting skulls to have magical medicinal qualities kills people.

the chapter on the severed head in art was also very enlightening, and i did have a nice little “you go, girl” moment in response to her exploration of salome

By the turn of the twentieth century, Salome had become an intensely sexual character, appearing in musical halls, early films and paintings by artists like Gustav Klimt and Franz Stuck as a half-naked, self-satisfied and defiant temptress bearing her grisly prize. On the eve of the First World War, Salome was viewed as a woman who had more cunning than intellect, and who was empowered by her sexual charms. It is no coincidence that Salome had become a sexual monster in the eyes of many artists at a time when real women were deserting their “proper nature” by seeking education, employment and equal rights in greater numbers that ever before. Salome’s prize of a severed head on its silver platter now stood for everything that men might lose in the face of women’s emancipation – the head she held so close represented men’s leadership, their authority, their intellectual and professional hegemony – while she, as its new mistress, danced on in a state of ecstatic vindication.

and one last long quote from this book, which somehow made me sadder than those dog stories, maybe because i still can’t believe those dog stories are real. i mean, i can, but i am pretending it was a movie i saw or something. but this:

Morton’s successors at the Academy of Natural Sciences in Philadelphia carefully inked numbers onto the forehead of each of the skulls in his collection, along with the place where it was collected, and sometimes the name of the person who collected it. In museums, the identity of the collector often got a higher billing than the identity of the person they had collected. A list of respectable donors emphasized the prestige of the institution in question. It would be a serious error if generous donors were forgotten, but it was inconsequential – perhaps it was even easier – if no one knew the names of the dead people being studied. In contrast, a person’s age, sex and place of origin were often written on skulls, because this information was important in considering their demographic value.

makes me a different kind of sad.