on the one hand, yes—this dog is adorable: 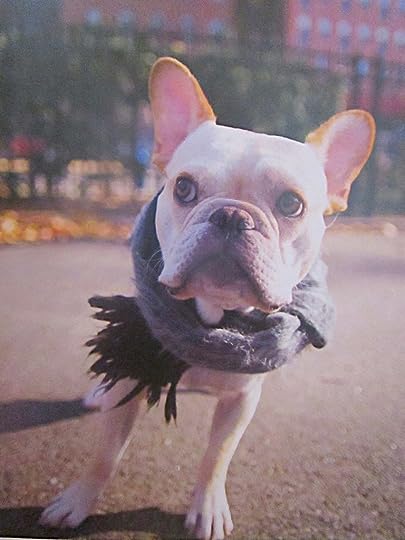 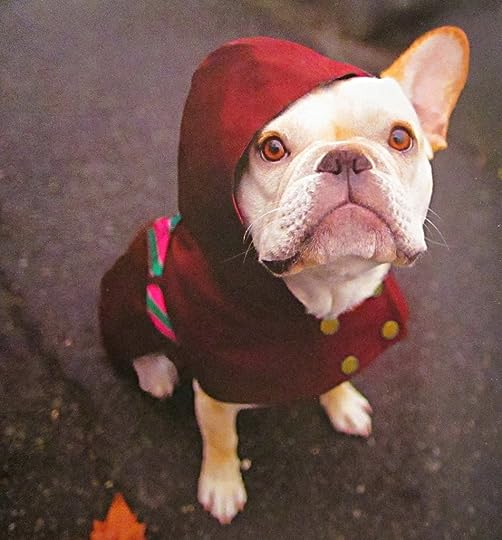 and i’m saying that as someone with a very well-documented stance against animals in clothing. 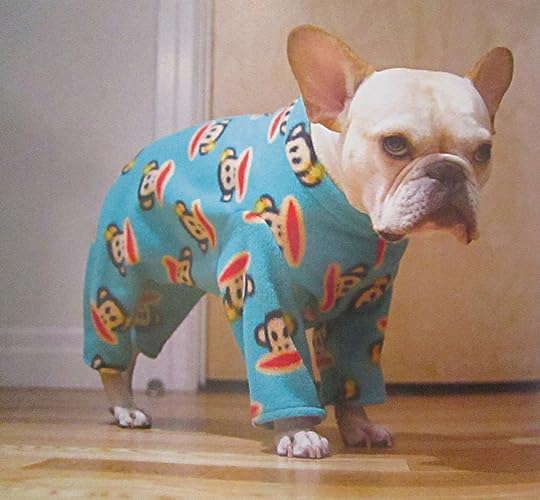 i myself have several items of clothing featuring julius the monkey, so i’m powerless against those jammies.

however, i also think that animals, particularly this pup, are cute enough as is without ascribing a whole detailed personality to them, especially a personality that would be tedious in a human, but is nonsensical in a dog. because rené-charles lives up to his prissy name by being a squat little diva who is (apparently) fond of expensive restaurants, fashion, sleeping, and tons of alcohol: vodka, wine, champagne… 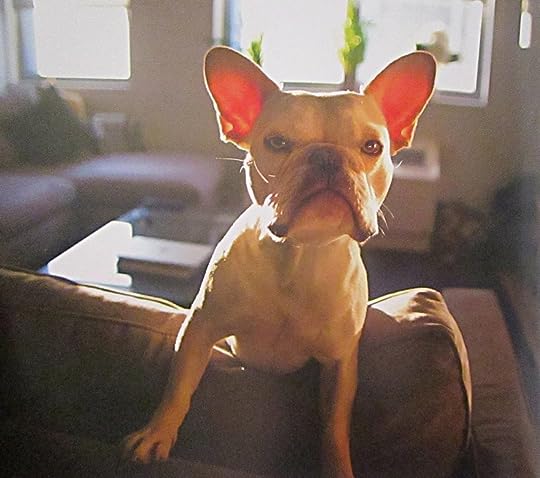 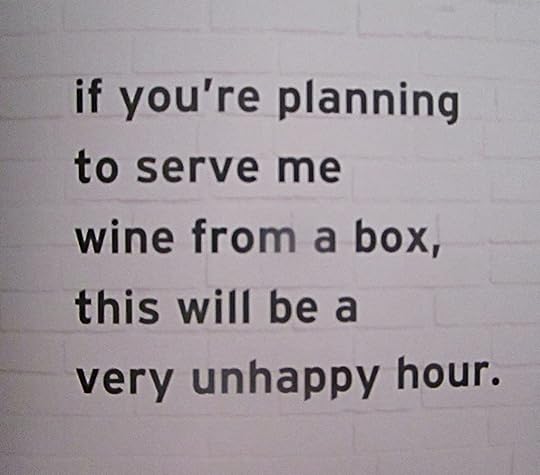 it’s like if ab fab were a dog. and less funny.

isn’t it enough that your dog is cute? 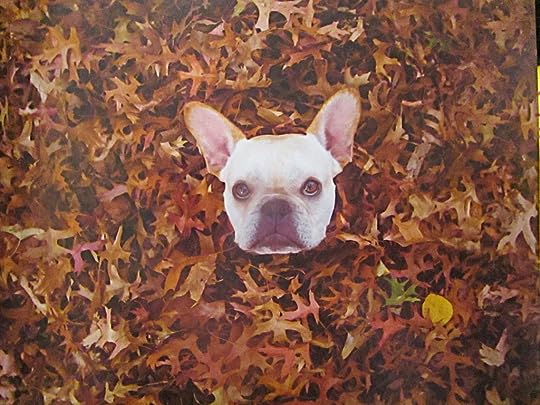 cute enough to make me tolerate all his little outfits? 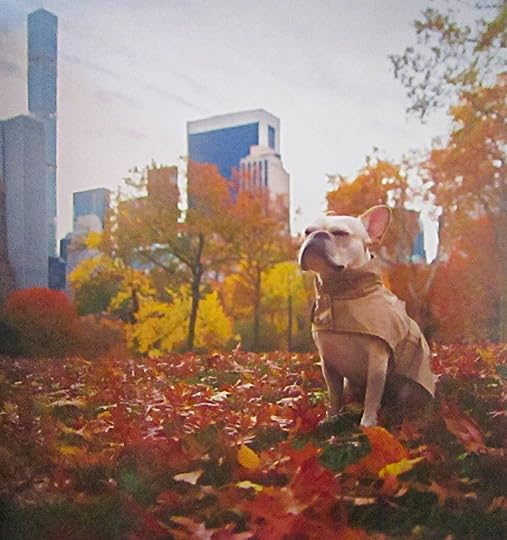 without diminishing that cuteness with captions so ill-suited to a dog? 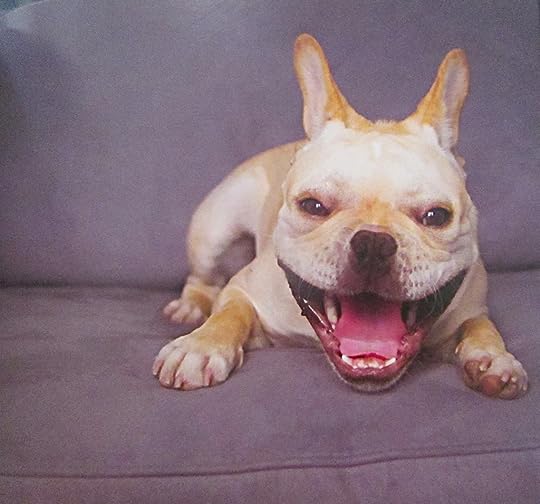 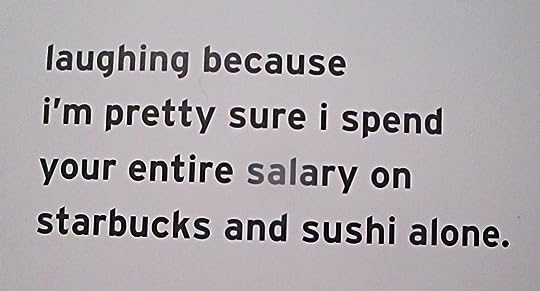 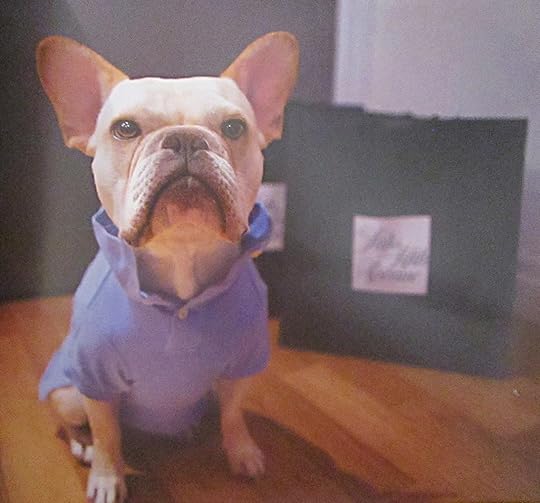 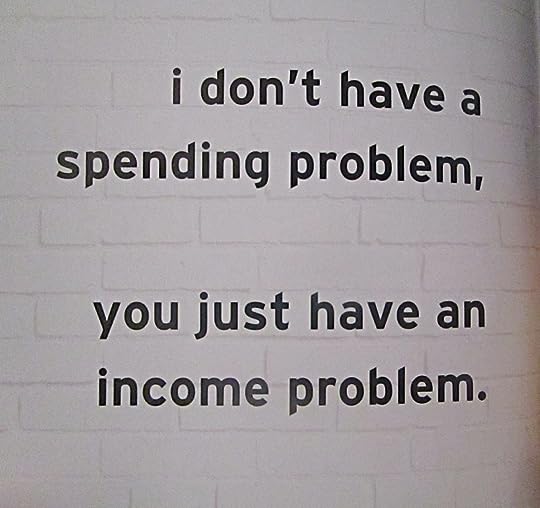 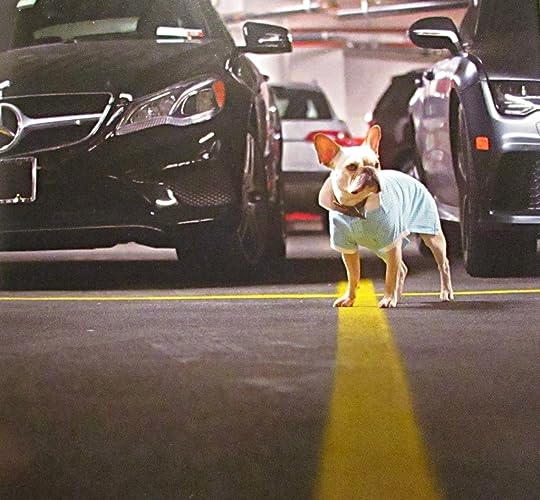 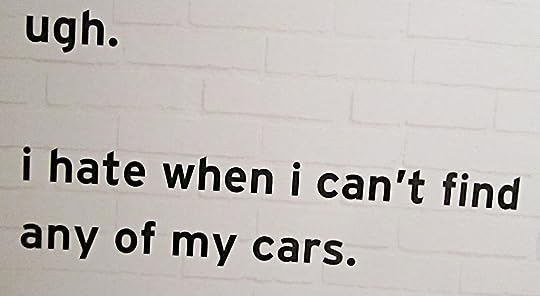 or others that are just the laziest generic teen snark? 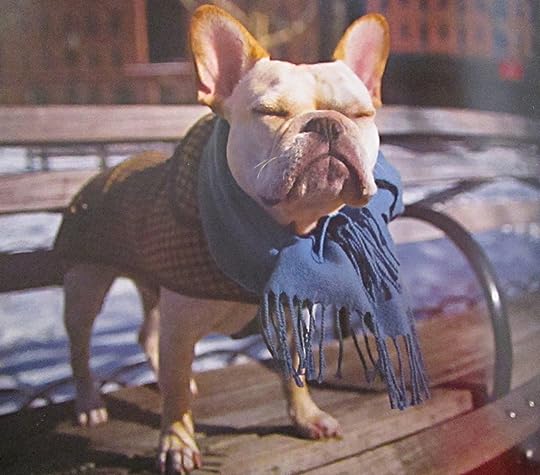 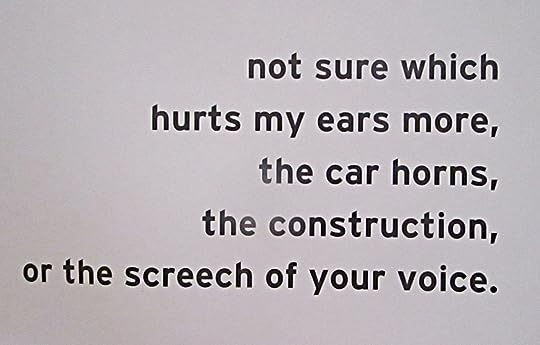 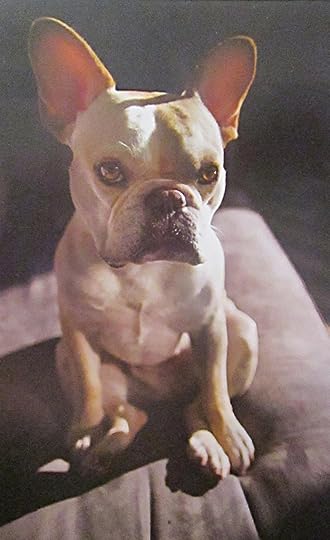 or are so dull you wonder why they bothered? 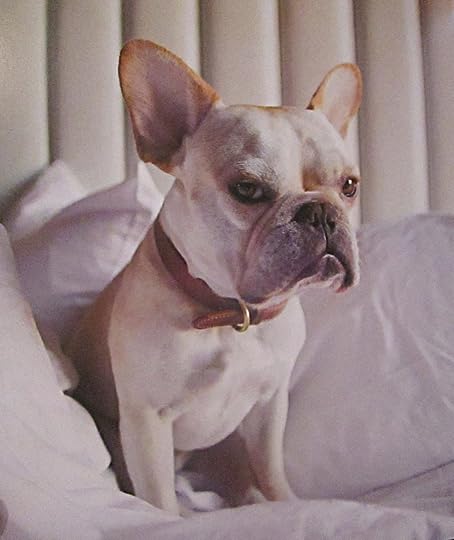 here, let me remove the captions and we will see an instant improvement: 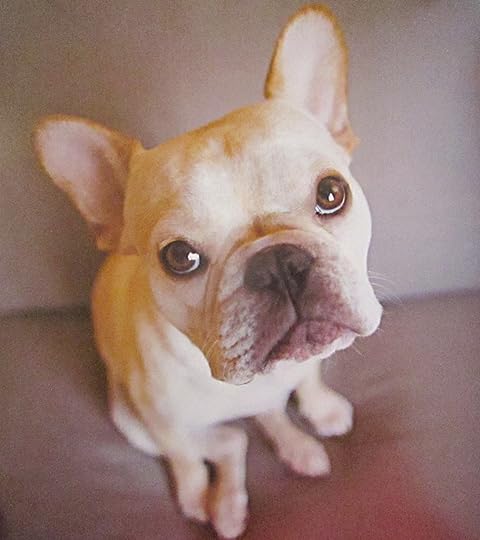 View Spoiler »sometimes i wish you were a pizza « Hide Spoiler 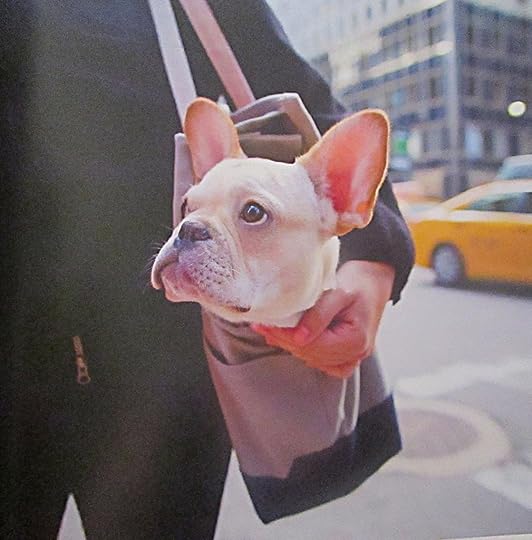 View Spoiler »can we pull over at Saks?

jacqueline has some items on hold for me. « Hide Spoiler 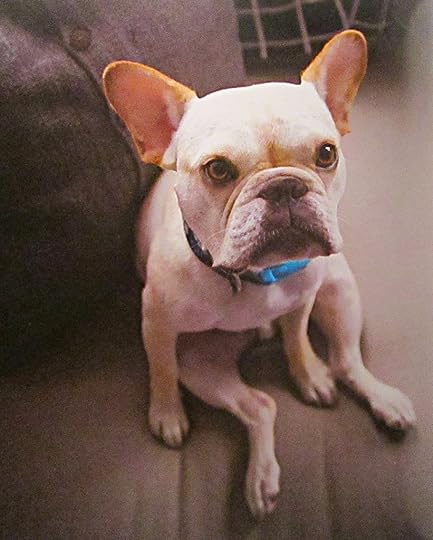 View Spoiler »i’m not going to work today. i have a zit. « Hide Spoiler

there were a couple i thought had okay captions. because the contagion is real: 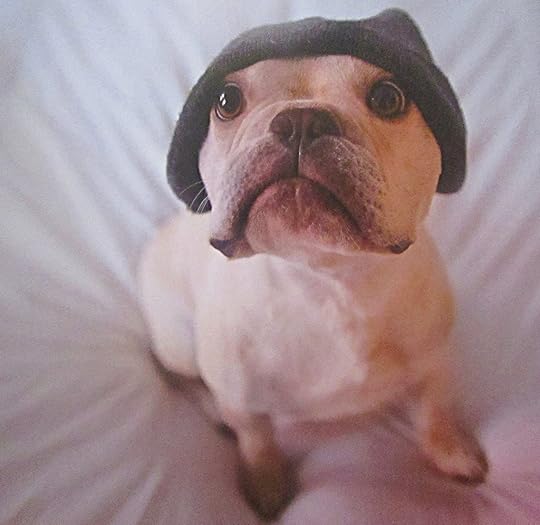 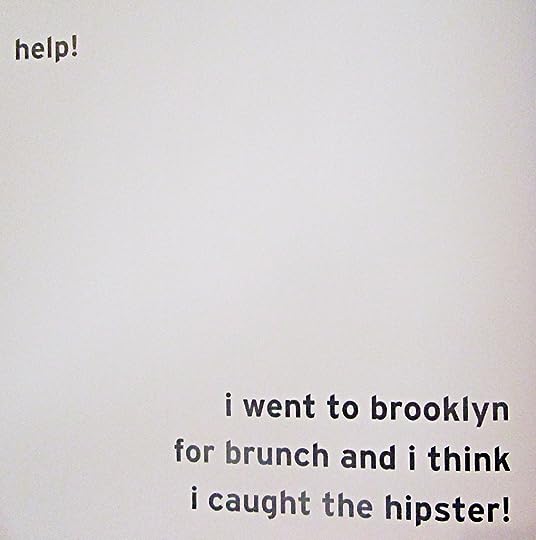 because of the intensity of that face: 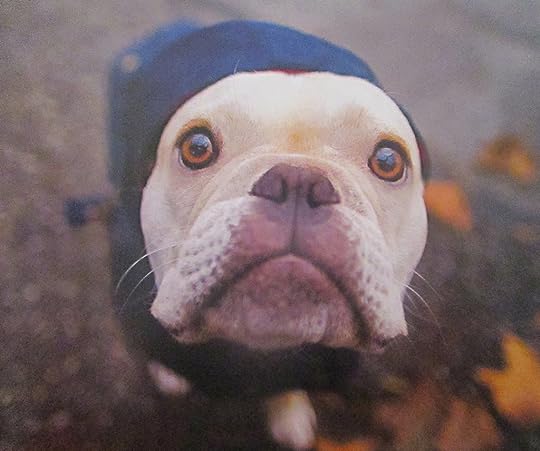 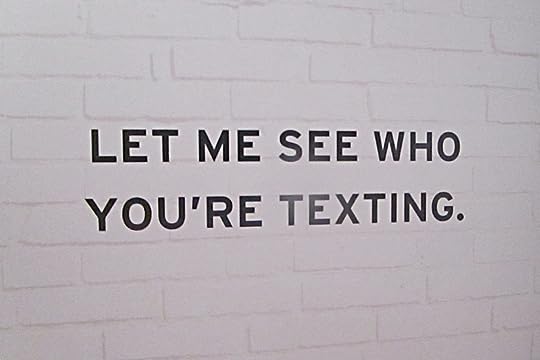 because the holidays are hard: 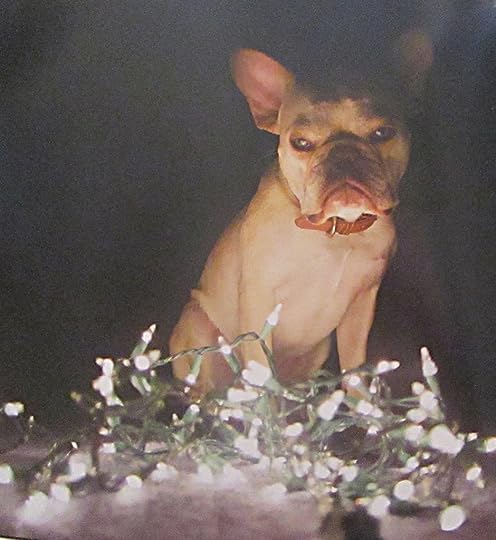 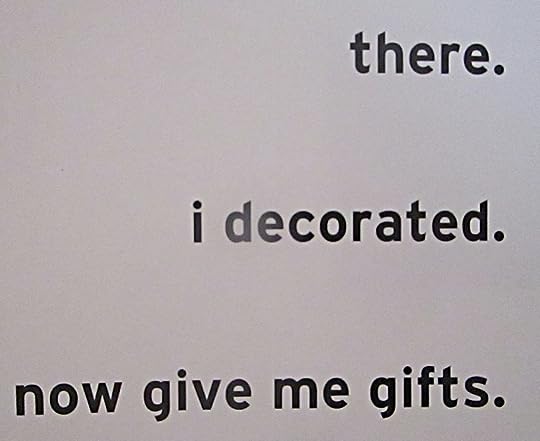 but this is not a book that needs words, and this: 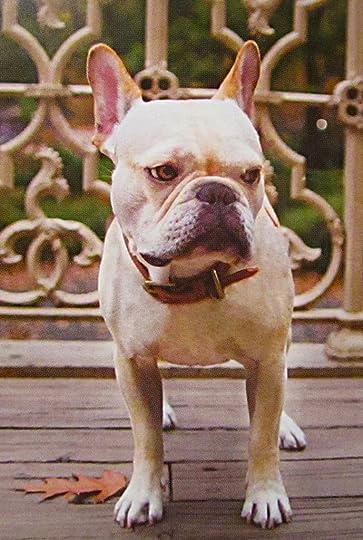 is a dog with enough natural personality there’s no need to paint him in mediocre sitcom zingers. it would have been a higher star cat-rating if it had just been the pictures. because he’s undeniably precious of face.