talk about a cover that POPS. 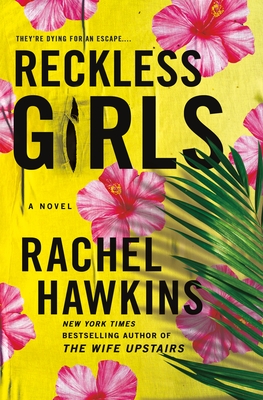 i really enjoyed The Wife Upstairs; hawkins’ Jane Eyre-in-suburbia retelling, so i jumped at the early-opportunity to read this one, which promised to contain all the things i love in a thriller: flawed characters with seeeecrets stuck in an isolated environment where THINGS START GOING HORRIBLY WRONG AND BODIES START DROPPING.

lux mcallister* and her boyfriend of six intense months, nico johannsen, are slumming it hawaii-style as the novel opens—she’s working as a maid in a posh hotel, he’s hanging out at the marina waiting for lux to earn enough paychecks to get his boat fixed after which they plan to sail off into the sunset for a life of romantic adventure.

nico comes from money, but he’s committed to making his own way (i.e. allowing his girlfriend to bring home the bacon), but it’s fine, it’s fine because he’s hot and a very chill guy and lux—who most certainly does not come from money—has nowhere else to be and only tragedy in her rearview.

when college-besties and young lovelies amma and brittany hire nico to take them out to meroe island; a tiny, uninhabited, out-of-the-way atoll with a troubling past history of shipwrecks and cannibalism and missing persons, lux is slightly more concerned with the potential for infidelity-shenanigans than the island’s unsavory reputation.

but as it happens, the girls want lux to join them on their adventure, and after lux negotiates the terms of payment, they arrive on the island to find another couple with the same idea: wealthy golden australian lovebirds jake and eliza. and then there were six. six beautiful carefree twenty-somethings with nothing to do but spend an idyllic two weeks bacchanaling on the beach.

and then came robbie. and suddenly the island was a little too crowded.

it’s a very twisty story; an elaborate house-of-cards plot built upon secrets and lies, betrayals big and small, vanishing acts, and hidden agendas. before too long, their isolation becomes a trap where a collision of variables—sex, drugs, boredom, booze, machetes, guns, and those hidden agendas result in a murder-in-paradise scenario, and boy, these girls are RECKLESS.

it’s an agatha christie type of story, although it is far more comfortable dropping “fucks” and “cunts” than dame christie’s characters ever were, and if ‘island gothic’ wasn’t a thing before this book, it definitely is now.

for the most part, it’s a propulsive page-turner, but there are some draggy bits where you’re waiting for characters to catch up to what you, dear reader, have already deduced, but that doesn’t diminish the enjoyment of a class-and-gender-focused thriller that asks the important questions:

What am I when you strip everything else away?

* lux interior is the only lux for meeeee 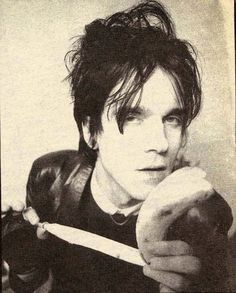