Paddlenorth: Adventure, Resilience, and Renewal in the Arctic Wild by Jennifer Kingsley
My rating: 3/5 cats

this is a sports/adventure memoir that is neither a “peril in the great outdoors” narrative nor an “i went out into nature and found myself” thingie that is so popular these days. it’s mostly like looking at someone else’s vacation pictures while they read to you from their diary:

On the Back, part of me wanted to let go of everything and imagine that life on the river was my only life, but i struggled to find my rhythm. I worried about Tim, and I still felt distant from Jen, Drew, and Alie. I expected the tundra to clear the cobwebs, turn on the creativity, dispense with my worries, and strengthen my body. I wanted it to do the work for me. Perhaps I was becoming one of the people who ask too much of the wilderness, who cram it so full of expectations that it becomes more of an idea than a real place. I was tired of reading about the wilderness as a backdrop for so-and-so’s personal struggle; yet there I was, dragging my anxieties across the North. I longed to be my best self and was afraid that person wouldn’t show up.

it’s fine, but if you’re looking for something that has actual adventure, this really isn’t your best bet. it is a story about 6 people with varying degrees of experience who decide to canoe the 1,000 km-long back river which runs through nunavut, the northernmost territory in canada. The Back boasts over eighty sets of rapids, 10-foot standing waves, boiling chutes, and an enormous system of lakes. yes, there are a couple of instances where they run into trouble, but this isn’t Endurance: Shackleton’s Incredible Voyage, and a lot of it just reads like a less dramatic real world, with petty bickering and some blisters.

it’s actually kind of a bougie adventure story. anyone that can, on day 52 in the wilderness, enjoy a double-decker marble cake with strawberry filling and lemon icing, complete with birthday candles. and then follow that up with: We filled her tent with balloons and then piled inside to play games and drink rum is not exactly “roughing it,” despite the whole only three pairs of underwear situation, which pampered housecat karen could never tolerate. and fondue?? they had fondue, guys…

now—it’s true—part of the author’s contribution to this trip was that she had compiled a menu of recipes and food stores so that she could have a little comfort in the wild, and there’s nothing wrong with that—if i was the kind of person who was into this whole canoe-adventure pastime, i would be the same way—i can’t live on granola and chipmunk. i’m just pointing out that ain’t nobody resorting to cannibalism on this trip, which lessens the tension somewhat. for me.

as for the author herself—she owns her own social failings, which is refreshing, but still, years later, she can’t resist taking little stabs at some of the other members of her team. and it’s a little uncomfortable to read her frustration with her ex-boyfriend who went on the trip as a way to distract himself from the recent death of his mother, and her perception that his grief is really putting a damper on her good time.

there’s a little bit of smug sanctimoniousness throughout, but not as much as there could have been, you know, when there are vegans in the mix. (okay—one vegan). but this kind of debate, over whether or not to concede that they are irrevocably trapped by the ice and should get a plane to rescue them:

We considered every angle. The expense of the plane and the worries about food and ice were just the beginning. What about the poetry of our voyage, the commitment to see Gjoa Haven and the execution of the boat exit? What about the fossil fuel emissions, the environmental ethics?

seems for appearances’ sake only. people who just ate a double decker cake can not seriously be worried about food, and people who just filled a tent with balloons have already lost the environmental ethics argument.

if you are yourself an outdoors enthusiast, you will probably be able to relate to this and be better equipped to enjoy it. but if you read prefer to read outdoorsy stuff safe in your apartment sucking down a pint of chunky monkey and are either looking for the triumph of the human spirit or pure schadenfreude, you sicko, this is not the right match for you.

her original thought was to write a cookbook for the wilderness, and that i would be plenty interested in reading. for the record.

this book did, however, teach me about two new things: 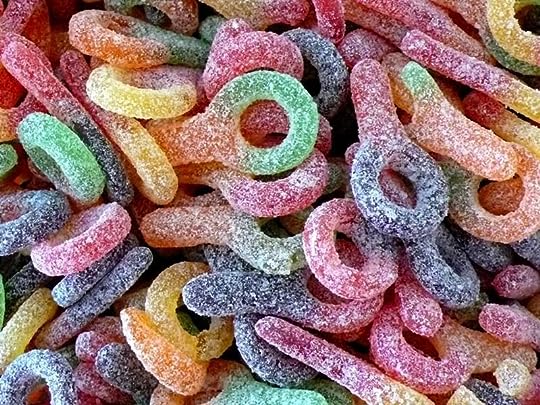