My Best Friend’s Exorcism by Grady Hendrix
My rating: 4/5 cats 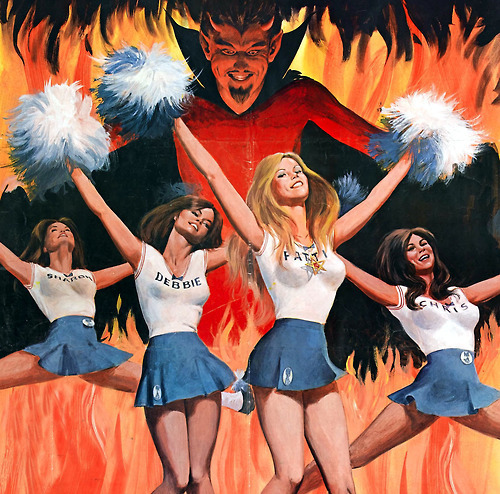 a reverse-mullet review: GIF-party in the front, long tendrils of ruminating “business” in the back.

in short, this book is 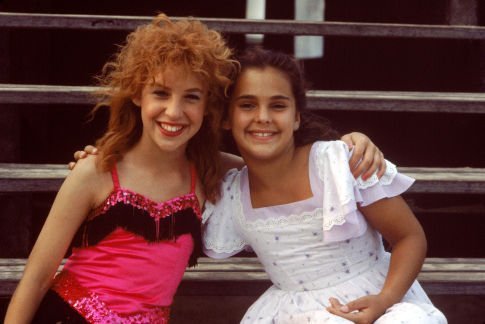 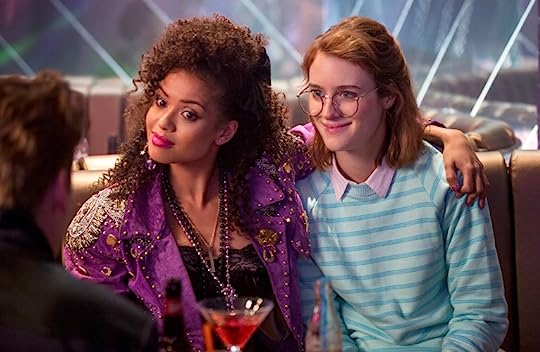 “DBNQ,” and largely because “we got the beat” is used as a plot point in this book and “heaven is a place on earth” is used in that episode, 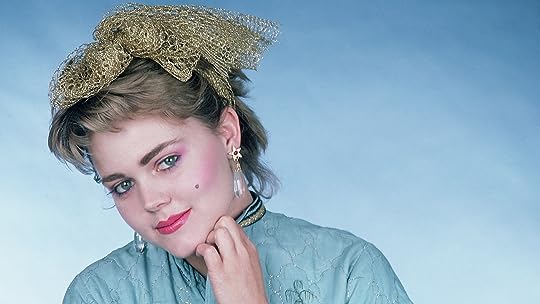 and then you throw in some 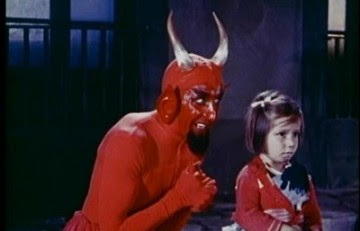 i need to use the rest of this space to untangle some thoughts and reactions i have about this book. you can come with me or you can go on your merry way to read a more review-shaped review, but you cannot bitch at me for not writing a review in whatever manner you find most useful or appropriate, because i’m telling you right now – if you are the kind of person who has bullet points for how goodreads reviews “should” be, this ain’t your review.

i’d intended to only read horror books for october, despite the temptation of several non-horror books side-eyeing me wantonly from the stacks. and yet i feel like i have already inadvertently failed in this goal by reading this one, because i wouldn’t really classify it as “horror.” unless you are extraordinarily spooked out by teengirl squabbles. which is probably a legit phobia with a fancy name, but i don’t know what it is.

and i’m okay with this not slotting neatly into the horror category. i like genre blends, i like ambiguity and metafiction (when it is purposeful and not just gimmicky), and i like it very much when the reader is invited to take a step back and examine a situation through a slightly different lens before returning them to the narrative a little off-balance; out of alignment with their former expectations or beliefs or even comfort level.

this book both does and doesn’t do these things. see, i can be ambiguous, too!

this is a possession novel that offers several different “outs” along the way before committing to a stance on the “demon or no demon?” question. the problem is, i’ve already read a perfectly-done example of this: A Head Full of Ghosts, which sustains its ambiguity throughout, essentially presenting two books at the same time; one in which the possession is real, one in which it is not. this one kinda bats around the idea of that ambiguity in a half-hearted way, but it’s more a case of “presenting logical alternatives” than “maintaining two possible storylines simultaneously.” which is less ambitious and less fun, but it certainly does its due diligence in checklisting all of the possible explanations for erratic teen behavior that aren’t demon-based, with especial focus on two of the big baddy blamealots of the 80’s: satanic cults and drugs. it’s all part of that “just say no,” medical misinformation, satanic panic zeitgeist of the 80’s where urban legends are presented as factual, where teenage characters fully believe that subterranean tunnels under preschools host molestation parties, AIDS is a weapon in a psychopath’s arsenal, and that any family moving out of town is really covering up the satanically-motivated dismemberment-murder of one of their peers.

but as far as the 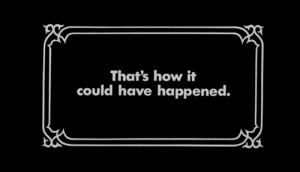 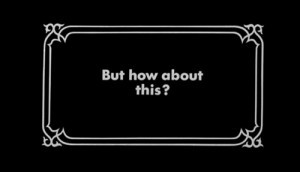 parade of alternate explanations go, it’s actually an interesting experiment to see how long you can make a possession novel read like a teen-problem novel – how long you can hold off before you must choose. because there is a lot of overlap in how they present to the outside world, and in this book, the potential problem/excuse for gretchen changing itself changes with breathtaking frequency, depending on who’s diagnosing her, but they are all valid; textually supported and confidently asserted:

”I don’t know what’s going on with Gretchen…But if you care about your friend, you need to get her off whatever she’s on.”

“What?” Mr. Barlow mimicked. “I’m not an idiot. I know what drugs are. If you’re really her friend, get her to stop.”

Abby realized that no one was going to do anything. For five years, Gretchen had been the perfect Albermarle student, and the faculty still saw what they were used to seeing – not what was really happening. Maybe they chalked it up to PSAT stress or problems at home. Maybe they figured that tenth grade was a tough transition. Maybe they were caught up in their own divorces and career dramas and problem kids, and if she still wasn’t turning things around on Monday they’d say something. Or maybe the following Monday. Or the Monday after that.

Something was changing inside Gretchen. Maybe it was the acid, maybe it was Andy, maybe it was her parents, maybe it was something worse. Whatever it was, Abby had to keep trying. She couldn’t abandon her friend because soon Gretchen would be ready to talk. Any minute now she’d look up from her daybook and say, “I have to tell you something serious.”

So it was true. Someone had been in the woods and attacked Gretchen, and now she was hurting herself again and again as she relived the trauma, punishing herself just like Seventeen said. It all made so much sense that, insanely, Abby felt proud for having figured it out.

”What Gretchen is going through is very scary, and I don’t blame you for backing off from your friendship a little. But we’ve talked to doctors and they tell us that what’s happening is an unfortunate sickness of the mind and spirit that happens sometimes as girls grow up.”

”It’s terrible when a young person hurts herself. But it can be a reaction to a lot of things. We’ve found someone in the church who Gretchen can speak to, and that’s how she’s going to start getting better.

and the biggest opportunity for an “out” from a supernatural explanation comes from a source who should be above reproach:

”Abby,” Father Morgan said, “I know how it is to be a young person. There are all these reports of satanic cults everywhere, sacrificing babies. Geraldo Rivera’s doing a two-hour special on them next week. Of course you feel these things deeply, and they upset and influence you. But they’re not real.”

“Then what are they?” Abby asked.

“They’re…” Father Morgan waved one hand around in the air. “…metaphors. Ways of dealing with information and emotions. Adolescence is a complicated time, and some really bright people think that when the adult emerges, it’s like you’re being taken over by a different person. Almost like being possessed. Sometimes parents, or friends, get hurt when a loved one changes. They look around for something to blame. Music, movies, satanism.”

He leaned back and flashed a smile.

“So you think Gretchen is possessed?” Abby asked. “Like she has a demon inside of her?”

His smile flicked off.

oh, where was this authoritative voice of reason in the wayback? or was tipper gore just so loud in castigating ozzy osbourne, cyndi lauper and jello biafra that no one could hear? or is it, as poor father morgan later tries to explain to the very stubborn abby, that society needs a scapegoat to explain the bad things that happen, we need someone to be sick so we don’t have to address ourselves, and a media circus is a wonderful distraction.

so, that was all a lot of words going nowhere, i know – but again – this is pretty much just for me to figure some shit out. and here’s more of that.

hand in hand with the panoply of reasonable natural-world explanations in terms of how it serves the author and manipulates the reader is what i’m calling the stepback. usually, this happens in a first-person narrative, when you have gone along with the narrator for the bulk of the story, and whether or not you agree with/approve of their choices and actions, you are nonetheless firmly lodged in that perspective and then suddenly the book takes a giant step back into third person, showing you the scene in a more objective way, and it’s all “hey now!” the two i can think of right now are American Psycho and And the Ass Saw the Angel, but i know there are more.

this one has two stepbacks, of a sort, where the choice easily could have been made to move away from the demonic angle and go down an equally creepy but more real-world path. OR to kinda juggle both. they both revolve the exorcist character, and again – A Head Full of Ghosts does a wicked thorough job examining the problematic, gendered and highly sexualized nature of exorcism rituals, but this book seems to be satisfied with setting up and calling attention to a sinister possibility without taking it any further.

abby and the exorcist meet at the mall, and after a candid and unvarnished discussion about ghb as a means of knocking out and then kidnapping her best friend, for her own good, of course – praise jesus, this enormous bodybuilder of a man, no more than a stranger to abby, says: ”Come on…I want to show you something in my car.”

abby’s no dummy, and she’s cautious enough to work out an escape route as she follows him to his white van (natch), where he triumphantly shows off his nylon straps, handcuffs, a straitjacket, duct tape, ball gags, chains, collars, a leash and muzzle, a leather hood, shackles followed by this not at all indicative of a crazy person scene:

”It’s for our safety, of course,” he said. And then he laughed and clapped his hands. “Hot darn, I’m excited,” he said, hopping from one foot to the other.”

in a different book, this goes a different way, right? and i kind of wanted to read that book – a sharp twist away from my expectations, rattling reader-me from my ridealong absorption of abby’s belief in demonic possession back onto firmer ground with a turn of events equally “earned” by events thus far. the second stepback, or opportunity to switch gears, comes during the ritual itself, as it should during any physical torture of a teenage girl “for her own good.” you should take a moment – preferably before you administer the ghb, just to entertain the possibility that you’re reading the signs wrong. just half a mo.

i’m not sure what i’m trying to understand by identifying these moments, other than reiterating that this is barely a horror novel, that it goes 3/4 of the way before it is any different from a contemporary YA problem novel, and that i think that’s interesting. you may not. “you” are probably just an echo of me right now, because i doubt anyone has come this far down the babble spiral with me, but i’m okay with that. and now i will babble some positive responses.

i liked so many things in this book – it gets a hundred stars for design. i love the cover of the paperback, but unfortunately it does not include all the yearbook signatures of the hardcover, of which i particularly like abby’s, whose P.S. means one thing before you read the book and one much more specific thing after, and is the part that made me get as close to emotional as i can when reading.

and although the 80s music references i was promised were of the #notMY80s variety – all pop music instead of new wave, i have to admit i thoroughly enjoyed the girls’ new lyrics to “against all odds” and “we got the beat.”

and i especially-especially enjoyed the code of the south – that genteel looking away from the inelegant shames of others:

this is, by the way, the complete opposite of how we do in new england, which is pretty much exactly like The Scarlet Letter and The Crucible. 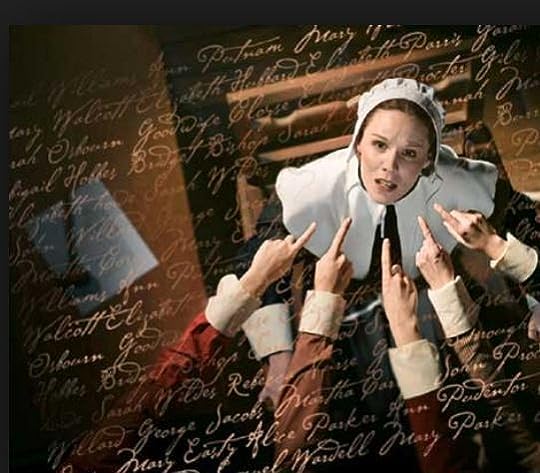 completely unexpected and yet absolutely perfect.