Mrs. Sorensen and the Sasquatch by Kelly Barnhill
My rating: 3/5 cats

There are people, he thought, who are easy to love. And that is that.

wait, it’s not what you think!! sure, it looks like monsterporn, but it isn’t! this is monsterlove, with all sorts of romantic emotions and tenderness!

this tor short is charming and cute and full of animals. it’s about the recently widowed agnes sorensen, who truly loved her husband of thirty years, but had always felt unfulfilled by her marriage. It was as though her soul was hibernating.

even as a young girl she was drawn to nature, and animals were drawn to her.

She had animals waiting for her by the back door each morning, animals who would accompany her on her way to school, animals who helped her with her chores, animals who sat on her lap as she did her homework, and animals who curled up on her bed when she slept. 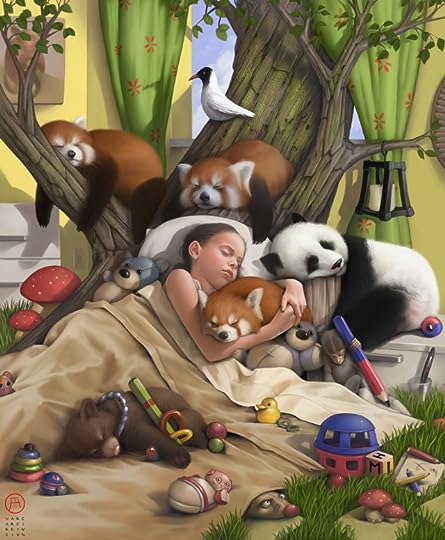 UNFAIR! I WANT THOSE SNUGGLES!

father laurence had known agnes since she was the young girl with the animal friends. and later, before her marriage, when local sasquatch sightings were common and nearly unremarkable, she had come to him with a question about the possibility of baptism for a baby sasquatch, should one exist.

And his answer then had made her cry.

her marriage was comfortable, happy and safe. but her husband was allergic to animals, and they had no children, so it was a smaller, lonelier world for one so attuned to the natural world.

Mrs. Sorensen had a smell about her—crushed herbs and apple cider and pinesap and grass—that he could identify from across the room. Her silence was profound, and nuanced. Like the silence of a pine forest on a windless, summer day. It creaked and rustled. It warmed the blood.

with her husband gone, however, she is able to return to her former ways – she brings a menagerie to the funeral and shortly after her husband is buried, sasquatches are once again sighted nearby. or maybe more specifically, one sasquatch.

oh, and the rumor mill starts turning – all those gossipy church ladies with their toxic tongues….

but you know what? mrs. sorensen’s soul is no longer hibernating and she’s not taking any guff.

it’s a sweet and whimsical tale of a woman finding true happiness late(r) in life. and it’s the sweeter side of monsterlove. and…. it’s FREE! 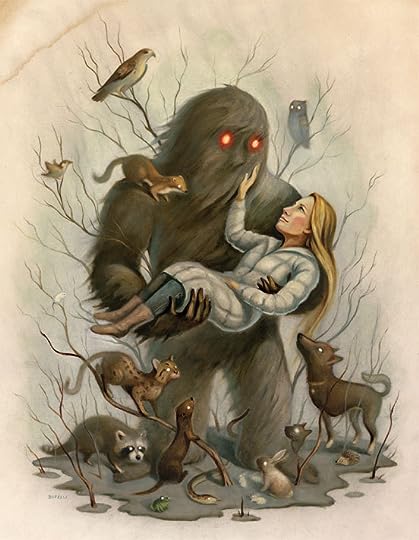