Labyrinth of Ice: The Triumphant and Tragic Greely Polar Expedition by Buddy Levy
My rating: 4/5 cats

one fine day, i received an electronic mail that began like so,

I saw that you’ve previously enjoyed reading Endurance by Alfred Lansing. Would you be interested in reading an upcoming book called Labyrinth of Ice: The Triumphant and Tragic Greely Polar Expedition by Buddy Levy?

it’s true i love me some exploration/survival stories, and the offer was sweetened further by promises of vicious wolves, insanity, and cannibalism. i mean, i was informed that those elements would be included in the book, but now that i think about it, that would have been a pretty impressive schwag bag. 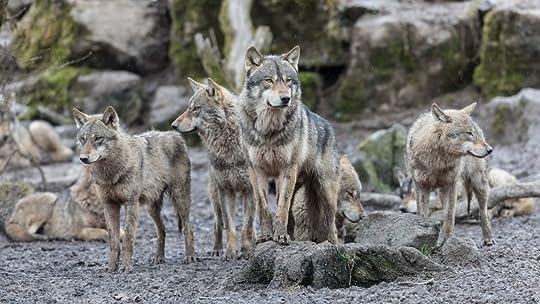 naturally, i responded with a big old YES PLEASE, and prepared myself for some tales of unfortunate decisions and hubris and nature saying ‘get off my lawn!’ to man’s best-laid plans. i didn’t know much about the details of the greely expedition*—i’m more of a shackleton guy, but MAN, his voyage on the endurance was a pleasure cruise compared to this.

if you want to know the basics of the story, wikipedia’ll spoil it for you just fine, but if you want to immerse yourself in all of the grim details, you really need to get your hands on a copy of this book. the scholarship here is a real achievement, and although the writing is a little dry at times, there’s no denying the horrors of man v nature when nature is this cold, this far from civilization, this lacking in edible resources or diversions. there are ample first-person accounts of their FOUR YEARS stuck out in the middle of nowhere, as well as accounts of the many failed rescue missions and supply dumps attempted on their behalf. also worth noting are the particularly strenuous efforts of greely’s wife, who took the news of his failed rescue like a boss:

Initially distraught, Henrietta was a woman of formidable constitution, and she quickly turned her emotions toward resolve and positive action.

you guys, the arctic is VAST.

and in 1881, a lot of it was still all mysterious and ‘here be monsters.’ not for the faint of heart, exploring the unknown. i don’t have a cellphone, and this fact boggles the minds of folks, who are all the time saying to me, “but how do you find your way around?” my method is post-it notes, but those weren’t invented until 1974, so greely and his men couldn’t even scribble directions onto ’em, but i suppose they had bigger problems what with the being stranded and scurvy and whatnot.

the book delivers a perfect overview of what was happening both in the midst of the situation, and what was happening to resolve it, going back and forth between HORRIBLE ACTION and HORRIBLE RED TAPE. is so frustrating to read about these twenty-five men waiting and hoping for their expected provisions, attempting to escape from the ice that confronted them, while they were succumbing to illness, accident, and all the madness that comes with extreme boredom and starvation, meanwhile abe lincoln’s kid was all toasty and warm, saying,”yeaaaaahhh, let’s not waste money on this polar stuff anymore.” it is as frustrating, i imagine, as being able to see something you’re trying to get to but not being able to get to it because of great swathes of ice.

i’m horrible at visualizing spatial relations, with or without a map, and reading about some of these scenarios taxes my puny little brain. for example, i do not understand how cairns and caches work. those ‘take a penny leave a penny’ jars of polar exploration, where supplies, notes, and coordinates were left for whomever might happen upon them, but it all seems so precarious a system. it’s truly horrifying to depend on something when ice shifts, food decays, situations change, and the finding of a cache when you really need one seems like optimism at its most adorable foolishness.

also, hungry animals tear ‘em apart when they have parties!

…the cache had been ravaged by polar bears and foxes—there were tracks in the thin later of fresh snow. All the bread, sugar, and tobacco that had been there previously were gone, and the rum keg’s bung was bitten off and all the rum gone. 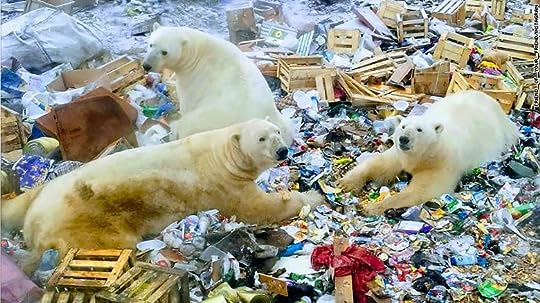 i applaud the spirit of explorers—where would we be without their enterprising exploits? well, we probably wouldn’t know, because we’d have no maps! and these fellows who followed greely into the great unknown were extraordinary—even through all of their setbacks they still dragged themselves up every day, bundled themselves in their smelly gear and went out into the grueling conditions to fulfill their goals for science as well as survival; recording daily temperatures, wind speeds, barometric pressure, and trying to maybe catch a walrus or fox to eat.

they weren’t all paragons of virtue—there were some selfish food-stealers hoarding their own emergency caches, some fuel alcohol misappropriated for purposes other than fuel, some side-eying and light mutiny, and at least one attempt at unwanted intimacy. but for the most part, greely handled his responsibilities with aplomb, adjusting his leadership approach to be more democratically flexible, keeping the men’s spirits up, and although he left that region with far fewer men than he’d started with, his management of the situation was admirable.

One of these peaks, Mount Arthur, Greely summited alone. The climb was so difficult that Greely had to send Sergeant Linn back, too exhausted to continue. There was soft deep snow on the ascent, and for the last nine hundred feet Greely was reduced to crawling on his hands and knees, his boots soaked and feet freezing. To force himself to keep going, he would throw his eyeglasses five or six feet ahead up the mountain, so he would have to ascend to retrieve them.

this is the kind of man you want in charge—no delegation here.

there were not as many wolves as i’d hoped for, which is probably for the best, because some of those wolves were killed when they were just trying to see if people tasted good. as for the sled dogs, well, dogs never fare very well on polar expeditions. this book has one VERY SAD dog moment which shines a light on the species’ loyal-to-a-fault attitude and please don’t take dogs on boats ever, period.

also, it needs to be said that the cannibalism was not a part of the actual narrative. it was suspected, and suggested after the fact, and while it was very likely, it was ultimately unconfirmed.

the most useful lesson i learned re: polar rescue—when in doubt, blow shit up.

read this book, but make sure you have plenty of snacks nearby. you never know what can happen.