In the Sight of Akresa by Ray Wood
My rating: 5/5 cats

Oh, my love. I know so little of you.

wow. this one is really brutal.

it opens with a detailed description of the tongue being removed from the mouth of a young slave girl, and that’s the least emotionally scarring part of the story.

claire’s father – the duke of rouchefort, and her brother garrick, are among those returning from a campaign in the yovali lands. the knights have come home laden with many spoils from the conquered yovali people, including a former slave girl, whose tongue had been ripped out by the yovali to prevent blasphemy against their heathen blood-god.

she is now considered to be a free woman, set up as an assistant to the man in charge of the falcons, and called “aya,” there being no way to communicate with the illiterate girl to determine her preferred name.

claire is fascinated by her from the start –

I was expecting a hunched, shrunken creature, grubby head bowed as if in shame at the emptiness behind your mouth, but you stood with your shoulders back. Your mass of unwashed raven hair fell several inches past the base of your neck. Your skin was tanned. I remember how you held your hands: clasped in front of you as if you were in church, in what would have been your lap had you been sitting down. Your breasts pushed against your tunic.

Torches burned behind your eyes.

and while others see her as a freak, a witch, someone to be avoided and feared or – at best –

“A whore without a tongue,” Garrick murmured in my ear under the ensuing applause. His breath was spiced with wine. “Now there’s a treasure for you, Claire.”

claire does see her as a treasure – sees her lean, strong arms and muscled thighs, the strength in what she has endured.

but also – quite possibly, as a whore.

because while what soon blossoms between them appears to be a mutual attraction and even love, claire acknowledges the difference in their stations and that while aya may no longer be a slave, claire still has more freedom, which means she has more power.

You touched my hand. The room was too freshly thrown in darkness for me to see anything, but I could feel your strong, calloused fingers squeezing each of mine in turn, probing for the wound. You lifted my hand up to your face. Your breath shivered on my broken skin.

I moved the finger to your lips.

You had more to lose if your instincts were wrong: I had to be the one who crossed the threshold. I slid my free hand behind your neck. “It’s all right, it’s all right.”

Your lips opened like a flower. My finger slipped between them, softly, until it was submerged up to the knuckle in the warm wetness of your mouth. Your damp, empty mouth. My eyes strained in the darkness, but I didn’t need to see. You drew my finger in until I felt the slightest touch of a shrivelled, shorn-off tongue against my fingertip.

a cynical reader can interpret this as claire just wanting a bit of strange. not only from a woman, but from a woman who is, essentially, damaged. and although the relationship that grows after this night appears, at least in claire’s telling of it, to be a true, reciprocal attraction, claire is necessarily in the driver’s seat, while we never know anything about aya. we don’t even truly know if she understands she is free or if she is just responding, through a life of conditioning, to the desires of someone who clearly outranks her. as claire says, for all her chattering on, filling the silence and creating the conversation aya can’t participate in,

I wondered sometimes if you even understood our language.

but that’s all just an exercise in interpretive license. i choose not to read this story with cynical eyes, because it makes the ending much stronger to read it as a true love story, and aya does seem to understand what’s going on in that final scene.

the only reason i went off on that tangent is to address the fact that this story could really only be told as a lesbian relationship without causing a kerfuffle. between the uneven power dynamic of a wealthy, titled person, and one accustomed to servitude, compounded with the fact that the former slave has no way of communicating and has had even her name stripped from her, as well as what happens later – you put a man in claire’s place and you have riots in the streets.

just an interesting point to consider.

the story is shatteringly good. it’s a real heartbreaker that keeps kicking you long after you are down.

brace yourself, but definitely check it out. 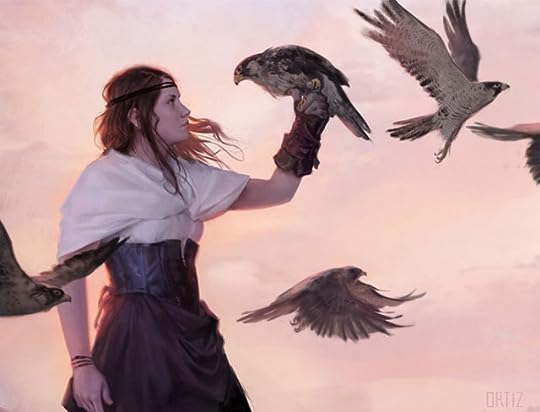