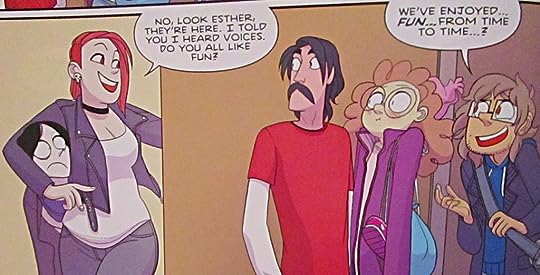 like the second volume, this one was more scattered and episodic than that superfun first one i fell so hard for. not only do the stories stand on their own more, without the nice flowy cohesion of that getting-to-know you volume, but even within the stories, there’s some transitional oddness and things mentioned and then dropped—what is this hatch all about? will it return in a later story?

but don’t get me wrong, there’s still plenty to love.

their quirky and adorable speech patterns and general enthusiasm: 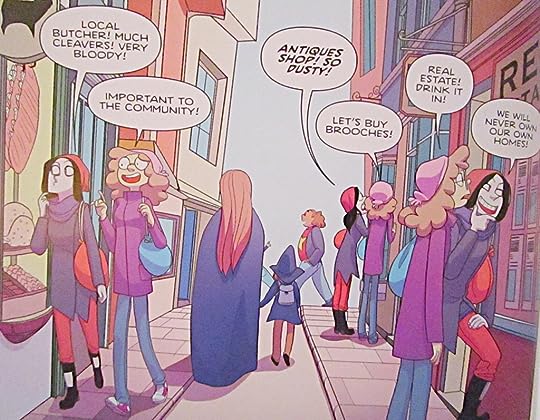 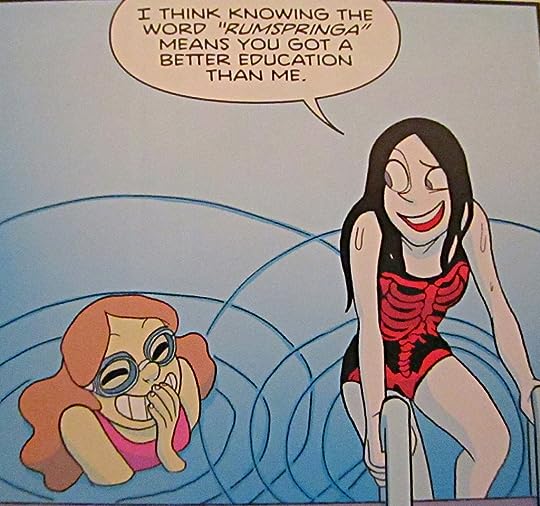 and her hyperbolic affection: 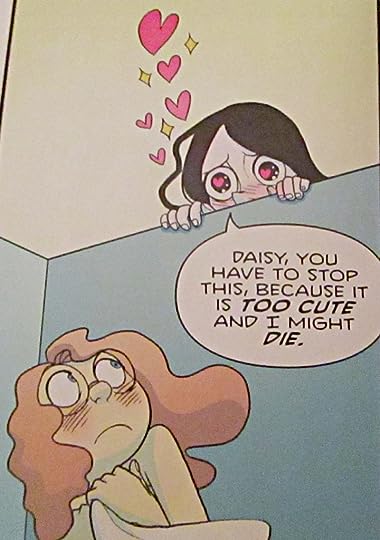 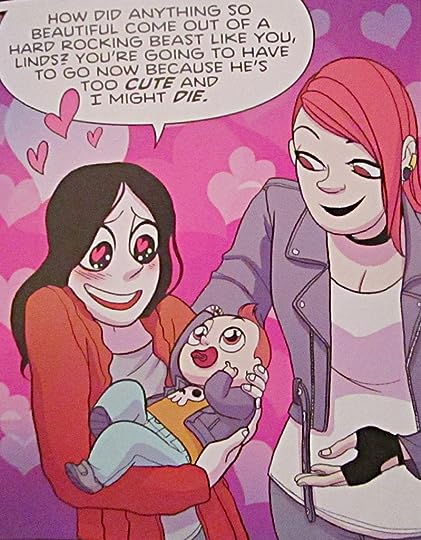 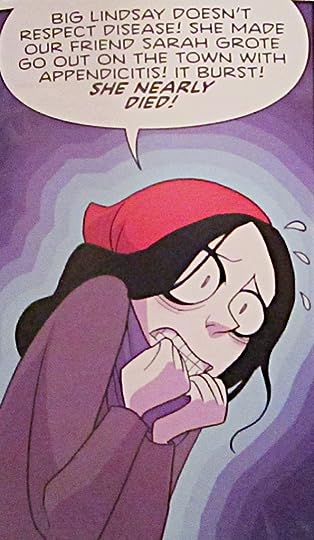 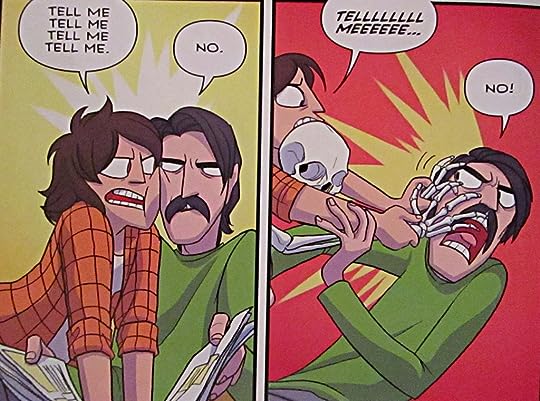 the memories of triumphant all-nighters: 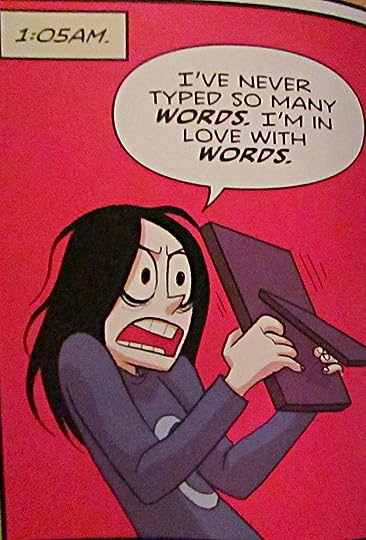 the dramatic sorrow of youth: 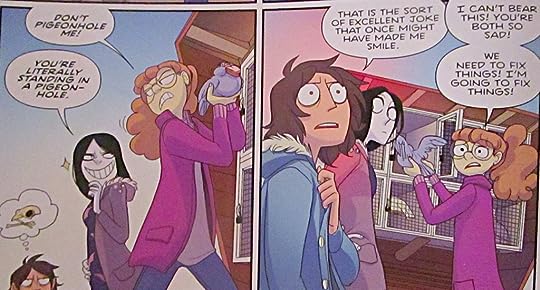 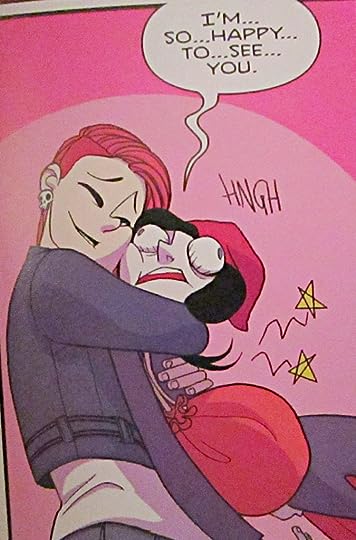 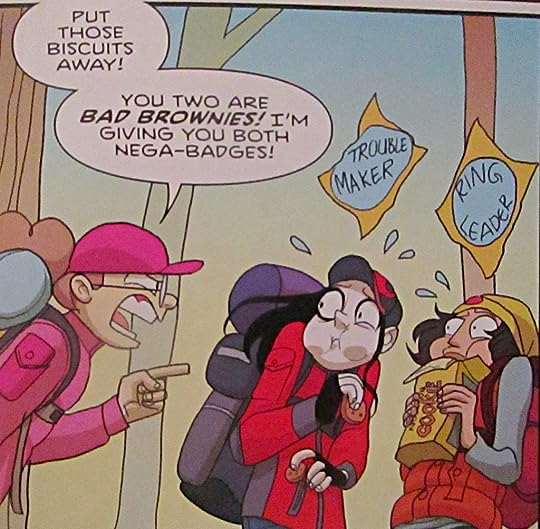 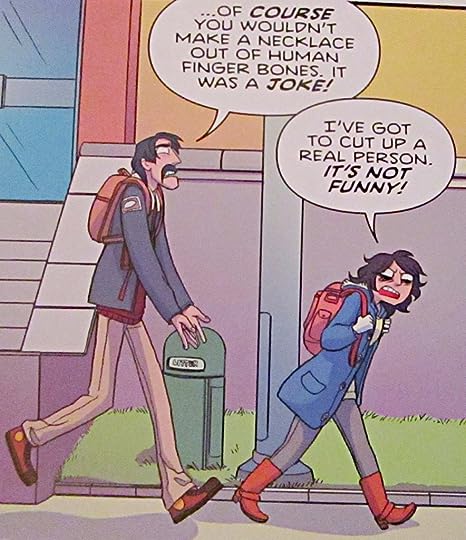 and after my country’s own recent election kerfuffle, this glimpse into voter-mindset was darkly comical: 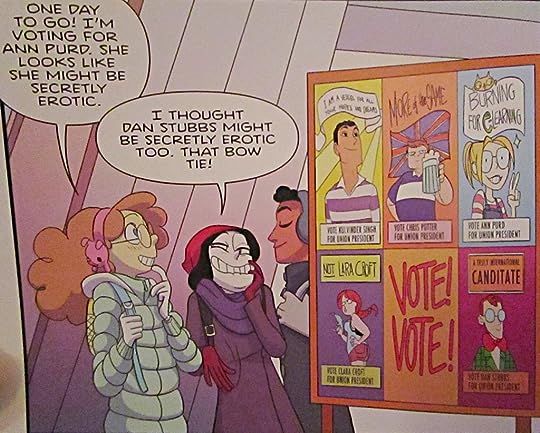 i also appreciate the general weirdness permeating these stories: 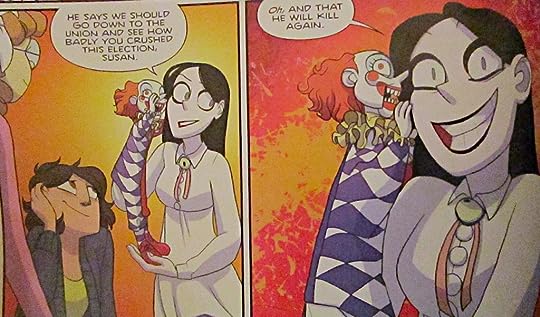 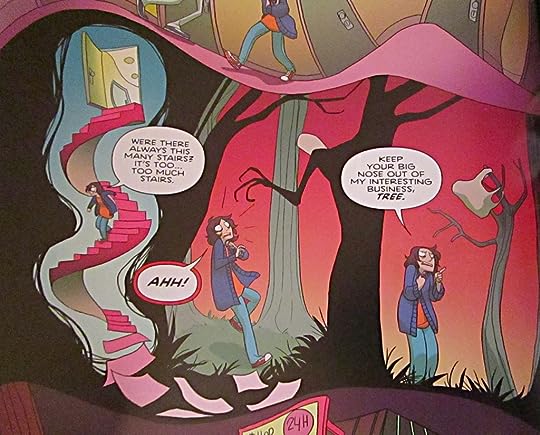 this time, we spend a little more time with the gents of giant days.

poor ed and his dating woes: 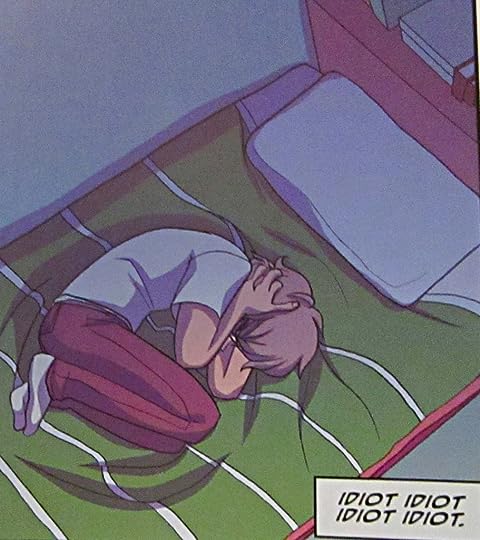 who is developing a little sarcastic crust over his sweet-boy softness: 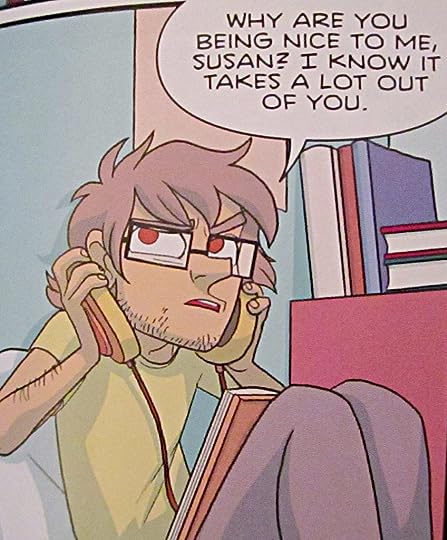 and stiffman mcgraw is really growing on me: 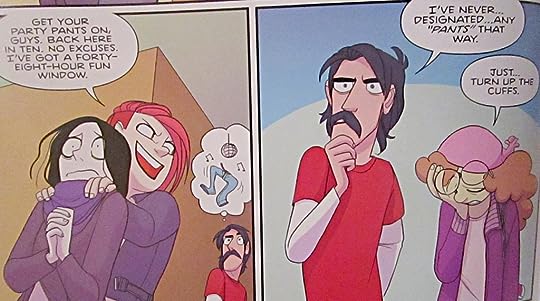 or at least he WAS, until he did something inexcusable. although understandable.

this “typo” is also inexcusable. and not understandable. 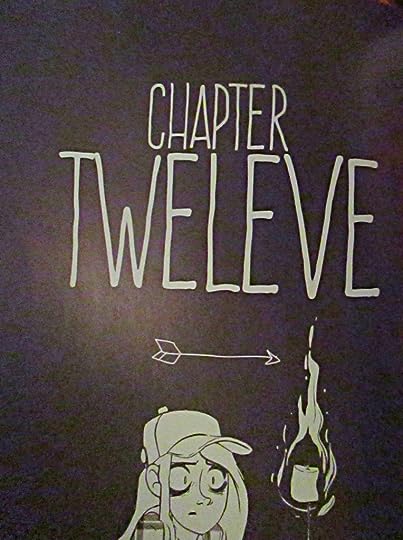 i, for one, rather enjoyed the camping story. 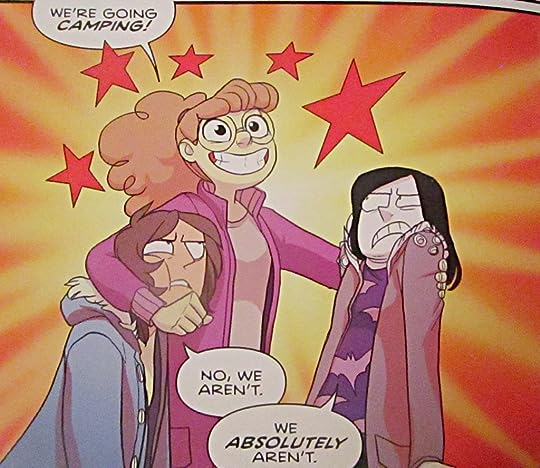 it cheered susan up for a while, anyway: 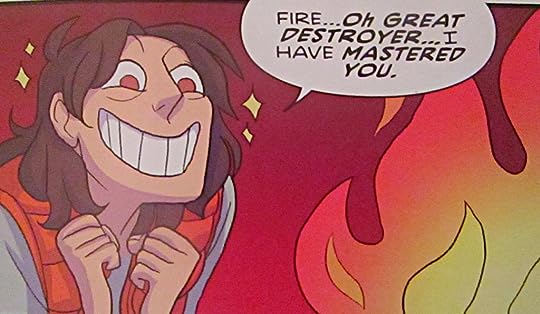 although i still don’t know what little critter this was meant to be: 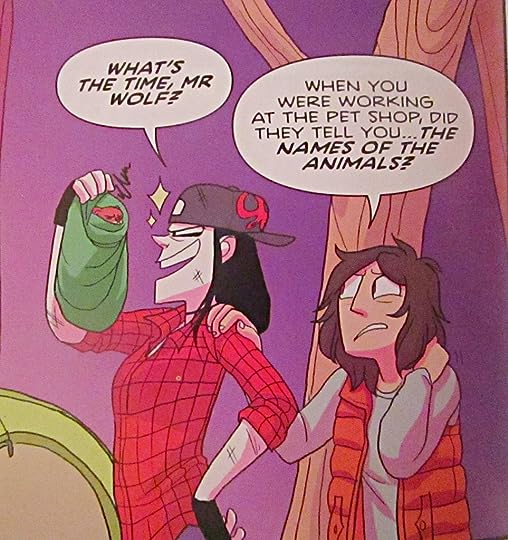 i’m still tuning in, because many things happen in this one that i wanna see resolved, but while i still love the characters, i want more out of the story than this volume gave me.

the next one comes out on valentine’s day! may there be true love for all!