Ghettoside: A True Story of Murder in America by Jill Leovy
My rating: 4/5 cats

i grew up in a tiny village located in the smallest state in the u.s. whose residents were mostly elderly transplanted french canadians. it was a very docile environment. from there, i went directly to nyc for college, and despite what the warriors 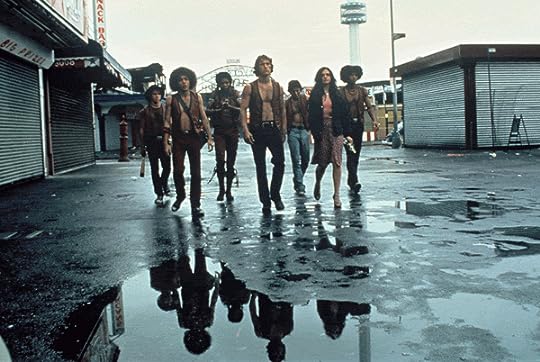 or west side story may have taught you 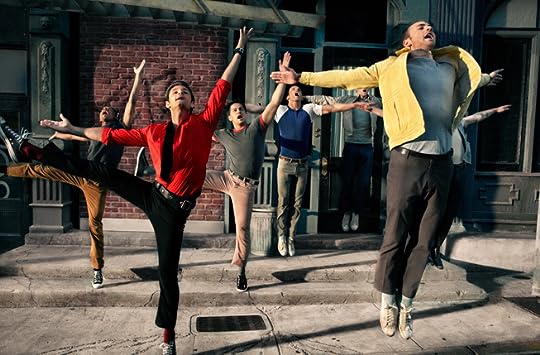 we don’t have a lot of gang activity around here. not like in l.a., anyway. no one here hails cabs to perform drive-bys. 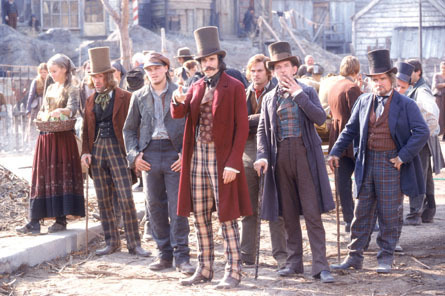 the bulk of my knowledge of west coast gang culture comes from rap music, the shield, and my poorly-thought-out decision to get many 40’s with my ex and watch a double feature of menace II society and boyz n the hood. those two movies are forever wedded in my mind, to the point where i can’t remember which is which, causing me some vague white anxiety that admitting this makes me come across as racist, until i remember that the following week, we did another mini-marathon of heat and casino, and in my mind that is also one long, confusing movie. we probably should have had less alcohol during these sessions.

all of this to say that i found this book to be an incredibly informative and thorough examination of a phenomenon i have never personally witnessed, and one which has been dramatized and even glamorized on the big and small screens to such an extent that the real, human element of it gets glossed over. as leovy states in this book: Somehow, mainstream America had managed to make a fetish of South Central murders and yet still ignore them. The principal aspect of the plague – agony – was constantly underrated.

even the news reports from the height of the gang epidemic in l.a. in the 90’s, at least from what i remember, lacked nuance: gangs = bad. cops = worse. but it’s more complicated than that, obviously, and this book explores the particulars with exhaustive precision, covering the social, economic, and historical factors that caused and perpetuated gang culture in l.a.

jill leovy has been chronicling murders in l.a. for the los angeles times since 2007 as part of a blog called the homicide report. every. single. murder. speaking of the project, leovy says, “The Web offered what the paper did not: unlimited space.” space which was necessary, as the murder rate in l.a. during “the big years” was astronomical.

In 1992, black men in their twenties in Los Angeles County, for example, were killed at a rate thirty times the national average: 304 deaths per 100,000 people. The following year was even worse. Black men aged twenty to twenty-four died by homicide at a rate of 368 per 100,000 people in 1993 – forty times the national average and almost exactly the per capita rate of U.S. soldiers deployed to Iraq in the aftermath of the 2003 invasion.

not only is leovy well-qualified to speak on this material, she is also an extremely good writer. this is not a dry recounting of statistics and exhortations. like the best true crime writing, hers is a gripping tale of a single case, from start to finish, which also branches out into accounts of other crimes being handled by the same detectives at the same time, contextualizing this one incident within the broader framework of what one l.a. detective called “the monster,” which refers not only to the homicides resulting from gangs, but also the larger scope of that which surrounds gang violence – the system, the public’s perception, the lack of media coverage – the entire cycle. what david simon did for baltimore with the wire, leovy does for south central: in this book, we follow a single case – the murder of the son of a black LAPD homicide detective; an unaffiliated eighteen-year-old boy, from every angle. there are contributions from the detectives, the lawyers, the victim’s family, friends, witnesses, suspects, and people unconnected to the crime who are nonetheless involved by virtue of the way “the monster” has permeated their lives. oddly enough, for her being a journalist, the media angle is not really a focus, except to state how few of the murders, excepting high-profile ones, were given coverage.

the first several chapters are foundational, and it took a little while for me to get into it. however, her writing is very strong, and the beginning parts are necessary to understand the climate in which the story takes place, and to introduce the key players, and once it coheres into a more flowing narrative structure, it’s unstoppable. she just goes full-throttle, covering the frustration of an underfunded police force instructed to focus on preventative measures over actually solving murders and a population historically accustomed to police indifference who instead rely on self-policing in terms of administering “justice” within their neighborhoods, the difficulties detectives face in getting witnesses to testify while simultaneously being told by the same people that they don’t care about black-on-black crime. the whole situation is a mess.

and yet, within all the bureaucracy and distrust, there are individuals who emerge to rise above all the obstacles, to do their jobs with steely determination and actually do solve the crimes. not because they are heroic – the most effective detectives in this story are more driven than personable; they are machines of tireless investigative prowess, succeeding despite all of the systemic flaws. no one is cuddly here, but damn, are they efficient and stubborn within such brutal realities as the ever-rising number of open cases as murders beget retaliation-murders, the lack of manpower, money, and training, and the insurmountable chasm between the police and communities who have legitimate reasons to mistrust them.

this book is both engrossing and important. it is absorbing enough that it reads like fiction, but unfortunately, it is all too real. although the murder rate has decreased significantly since “the big years,” the problem has not gone away, and some of the reasons leovy cites for the decrease are equally distressing.

if you have any interest at all in crime, police procedurals, the legal system, racial history, or are in any way a human being, you should read this book. the interrogation scenes and the trial parts alone are worth it, even if you are immune to human suffering or see the situation as an isolated, localized phenomenon. because it absolutely is not.