F this Test: Even More of the Very Best Totally Wrong Test Answers by Richard Benson
My rating: 4/5 cats

this is the third book i have read in this series, and it is very much like the first two, believe it or not! and like the previous two, and indeed, like most humor collections, the level of comedic payoff depends upon the contributor’s actual cleverness v. perceived cleverness, and the ratio of playfulness to smug self-satisfaction. the examples oscillate between being entertaining and being annoying, and the ones i personally respond to the most are not the easy evasions like this one:

What are the key differences between aerobic and anaerobic respiration?

because, yawn. that kind of reflexive juvenile humor is why no one wants to be a substitute teacher.

no, for me the best ones are the ones that combine cleverness with confidence – the ones where the correct answer is easy, but the choice is made to flash a little fin, to say “yeah, i could give the boring answer, but how ’bout this?”

Why should an author keep their audience in mind?

If tickets to a football game cost $12.50 each, how much would it cost Johnny and his three brothers to go?

or the ones that show the respondent is being a little playful, maybe someone who is bored with the curriculum and might need to be a little more challenged in their education

A column that’s deliberately contrary to its expected meaning

or is already a fully-formed, world-weary adult who knows what’s what:

Some people agree with the building of coastal defenses while others disagree with it. Why is this?

Some people will disagree with anything.

What is a step-up transformer?

seriously, someone get that kid a film deal, please.

i love people who give correct, if unexpected, answers:

Why can flooding be beneficial?

If you’re on fire

List two ways Pride and Prejudice can be read.

On average, how many words a minute do we usually speak?

It varies, depending on how annoying you are.

Where can you find the Andes?

and i also love the profoundly lazy responses

What did an Ancient Egyptian embalmer do?

here are some others that i applaud, for various reasons:

What is the unit “Calorie” used to measure?

How much somebody will complain about their weight

What is the advantage of nuclear fuels?

A nurse dabs some alcohol onto the patient’s arm

What effect do the comic characters on Shakespeare’s non-comic plays have?

They ruin the mood

What is a monologue?

When one person won’t shut up

and here’s a couple of visual gags: 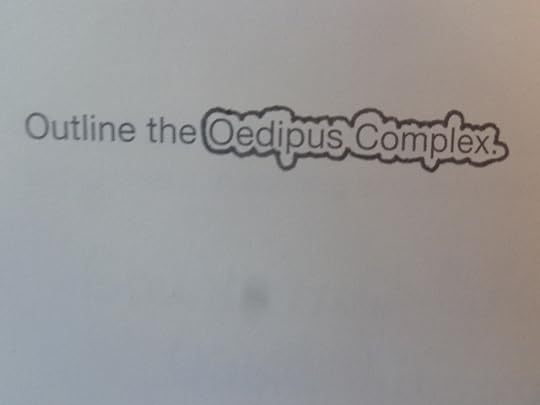 and this one, which is probably my favorite in the whole book: 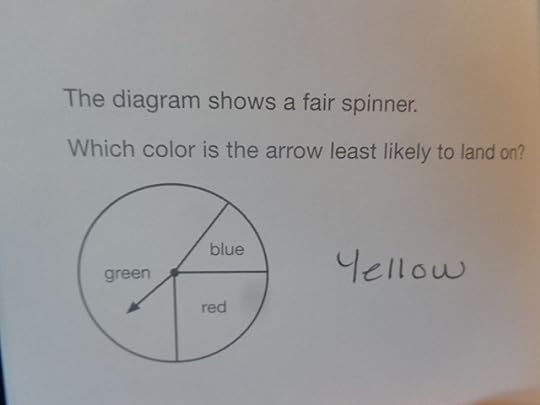 here’s a link the other one i reviewed, where you can find more things i think are funny. because you know you care what i think is funny. i don’t know why you do, you just do. weirdo.