Comics for a Strange World: A Book of Poorly Drawn Lines by Reza Farazmand
My rating: 3/5 cats 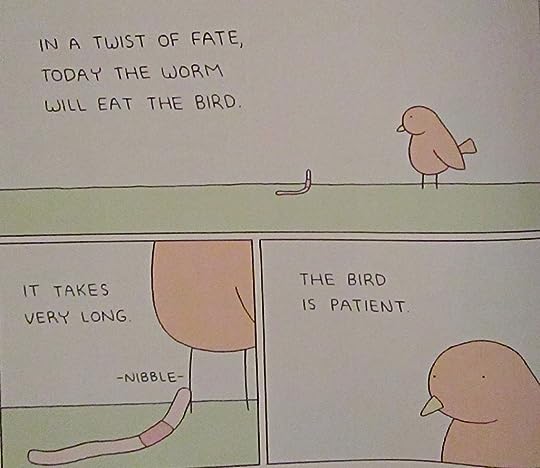 i liked this one a little bit less than Poorly Drawn Lines: Good Ideas and Amazing Stories. it’s the same kind of cutie-pie art and absurd/bleak humor, but it’s a more inconsistent collection—the jokes weren’t landing as well as in that first book. there’s a certain amount of obscurity to the humor, in both books—not quite in that smug new yorker cartoon way, where if you don’t “get it” you feel like an uncultured dunce, but you’re forced to recalibrate what humor is in order to appreciate these quirky scenarios that are funny because weird/bewildering/absurd: 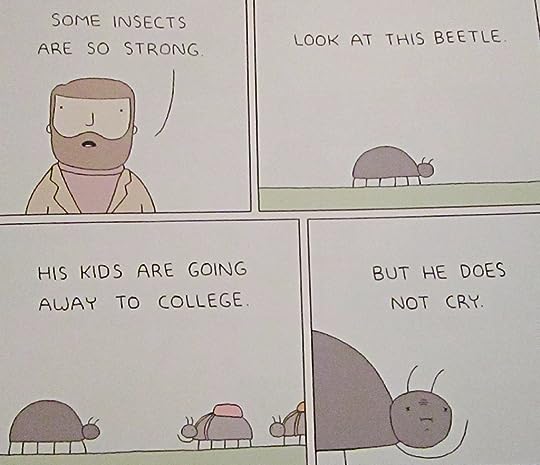 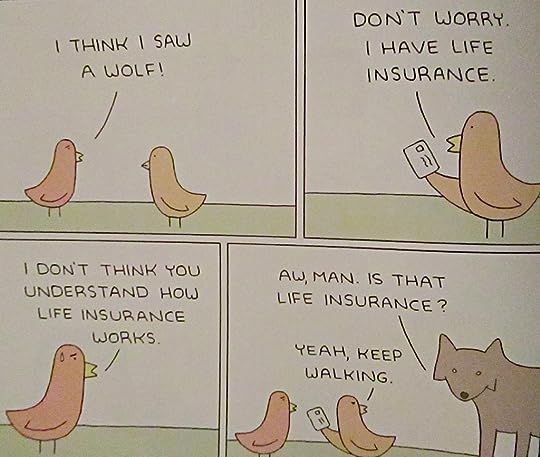 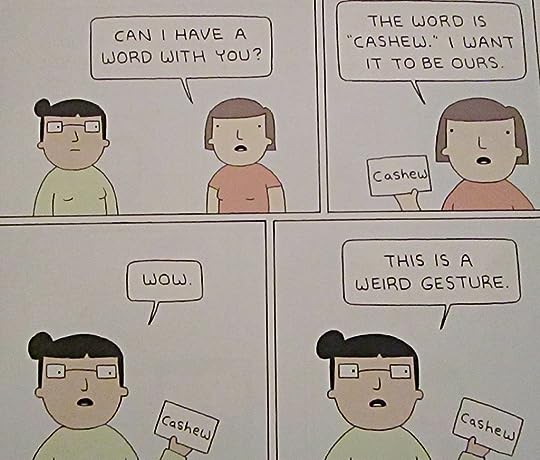 and i’m cool with that for the most part, but there were too many pages like this one:

which is cute, because every cat is cute, but doesn’t do much else. 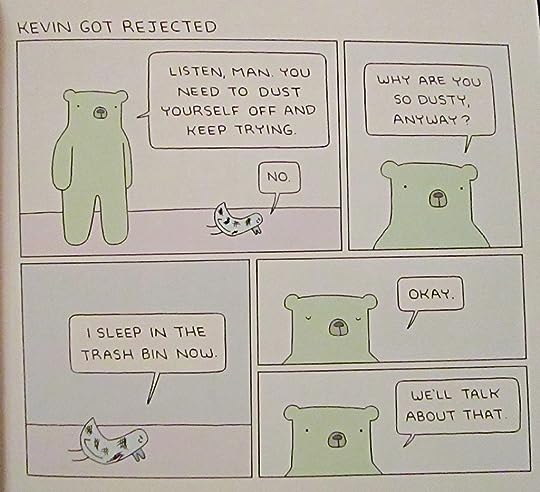 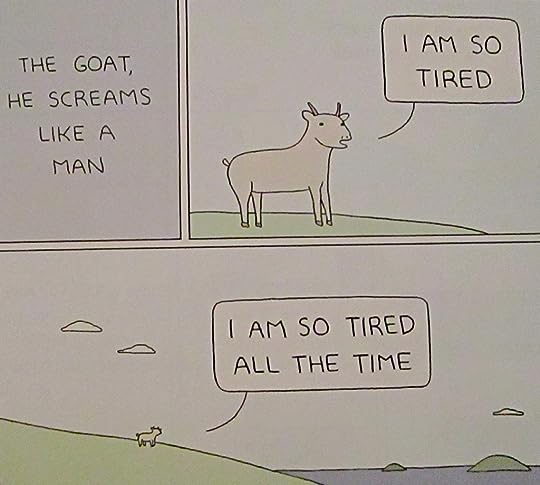 the book is best when it’s just being goofy 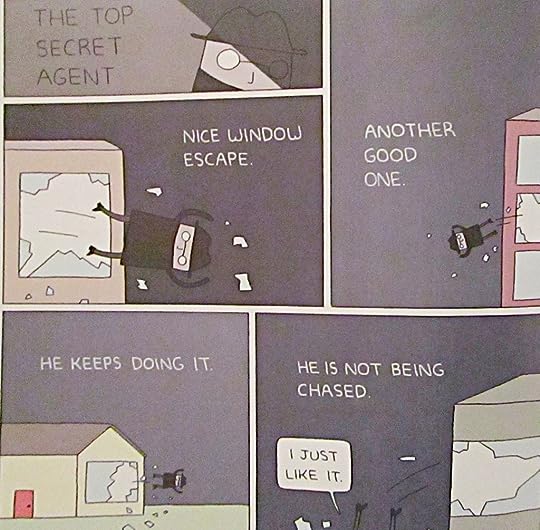 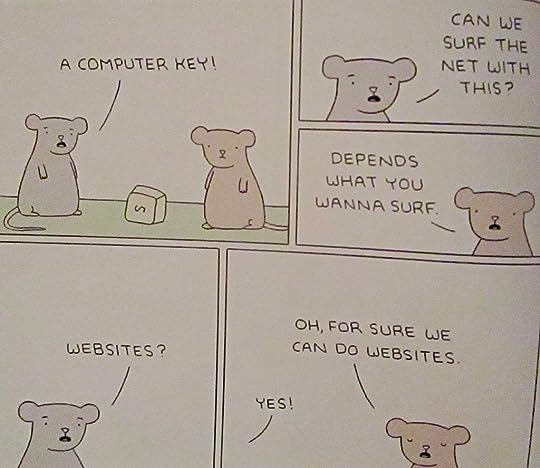 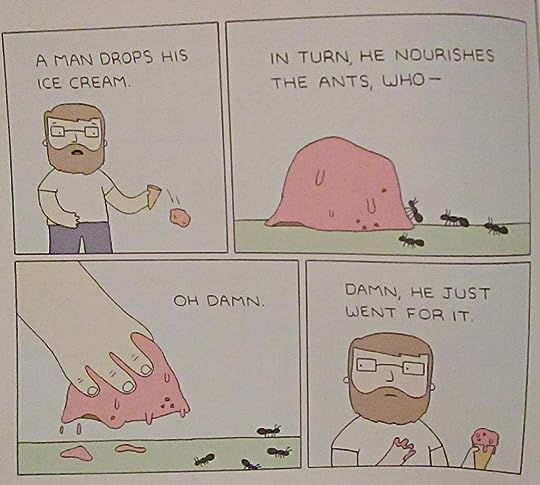 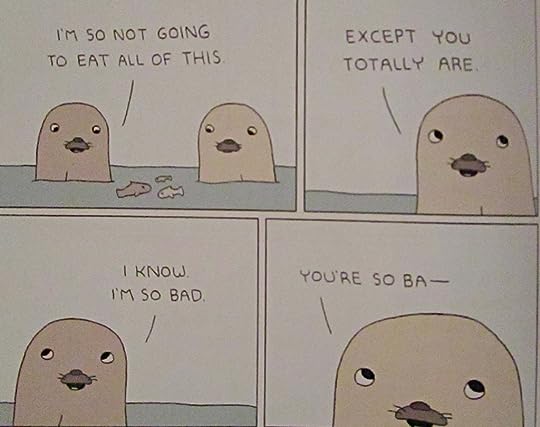 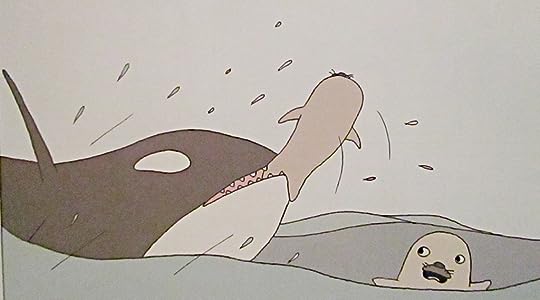 and even if the comedy payoff is sometimes lacking, at least the drawings are adorable: 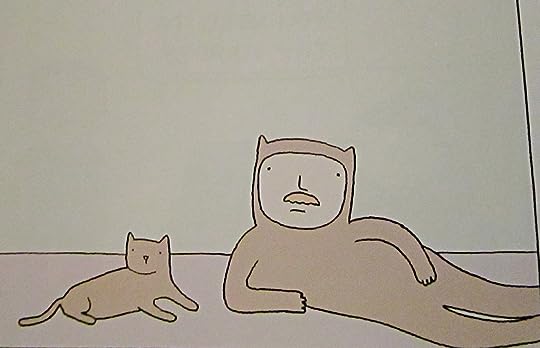 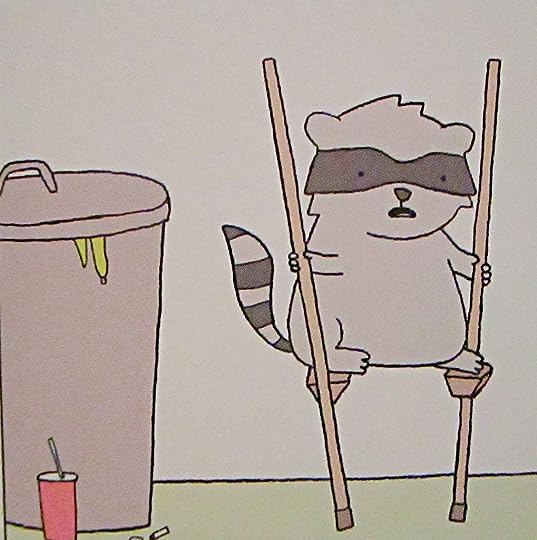 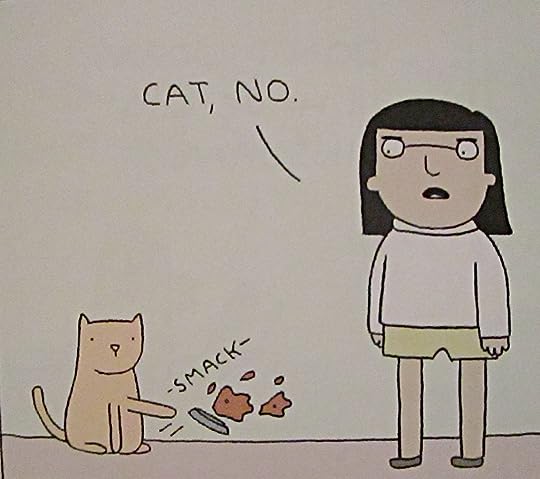 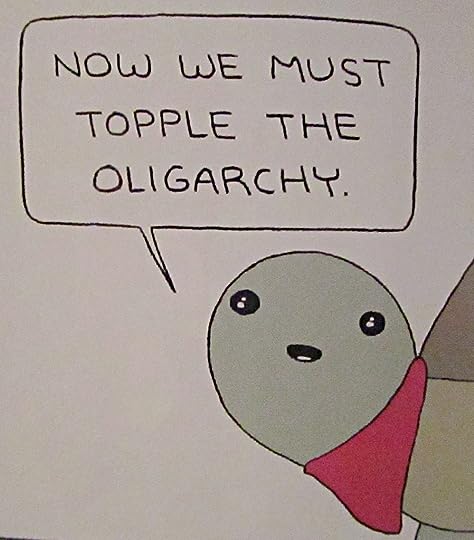 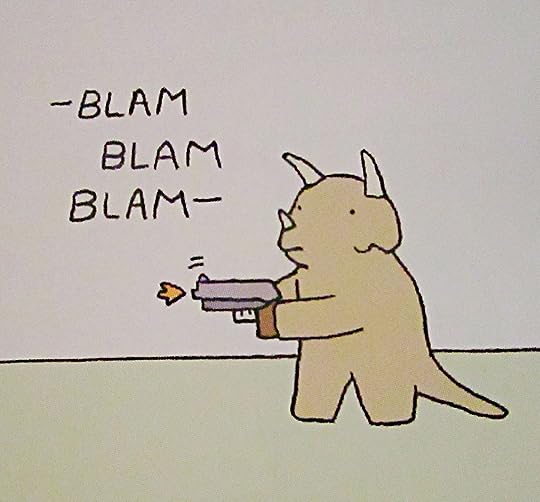 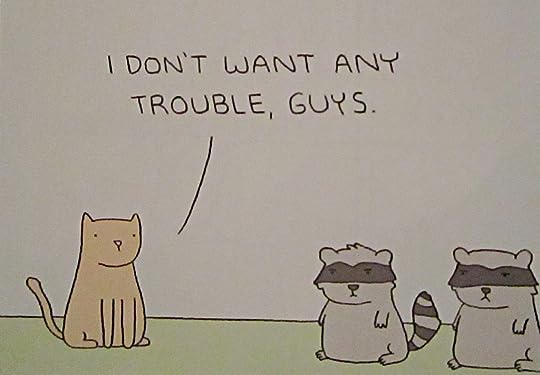 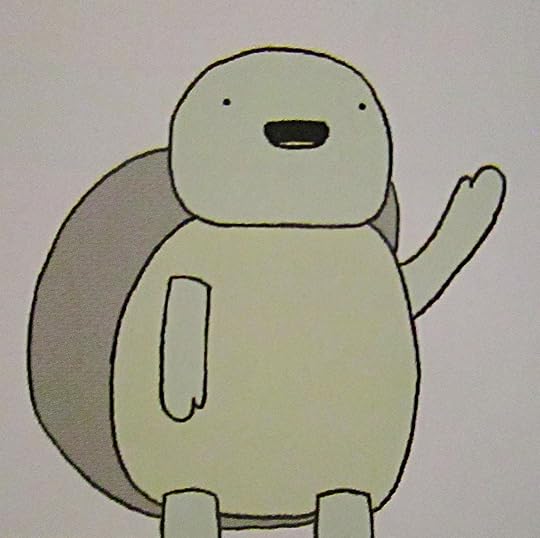 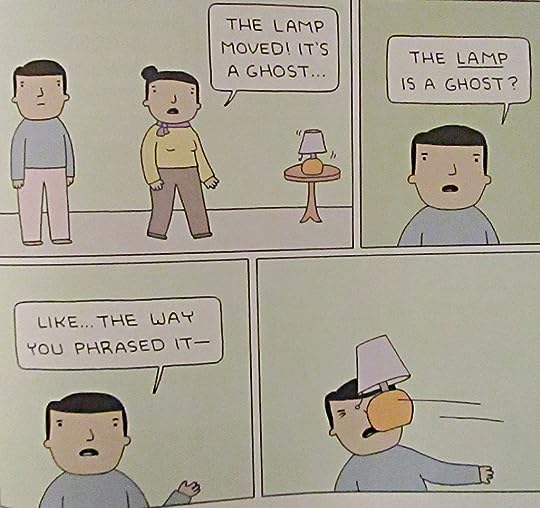 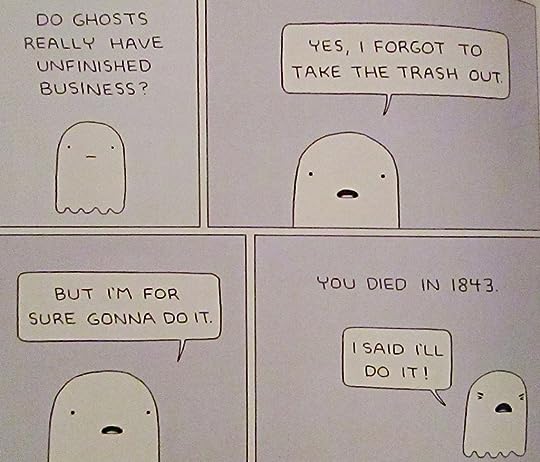 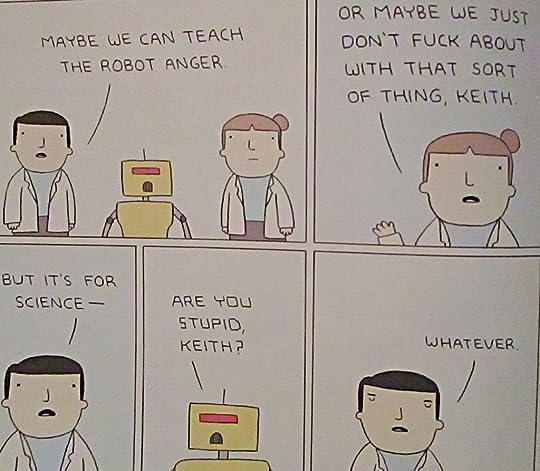 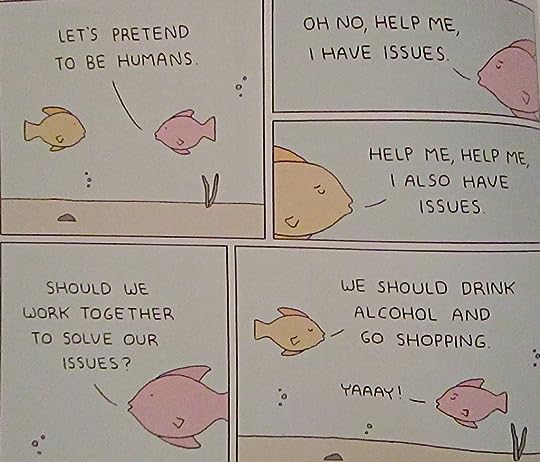 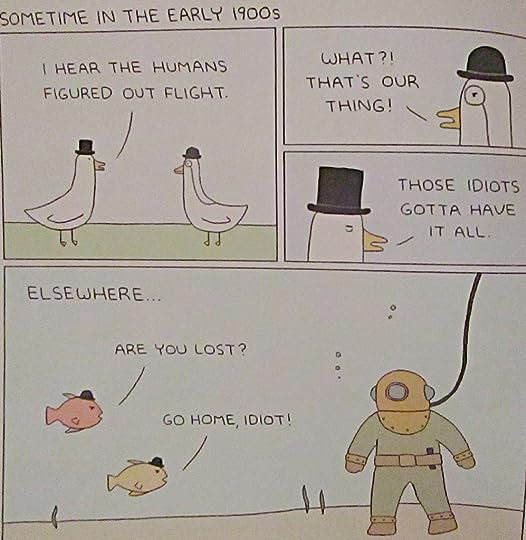 but i am conflicted by this panel of a larger cartoon

on the one hand—take that, bird! but also—mean to cats. i am torn.

anyway—three stars’ cats’ worth of enjoyment. you’ll get some giggles, but don’t sell any family heirlooms to buy it or anything. 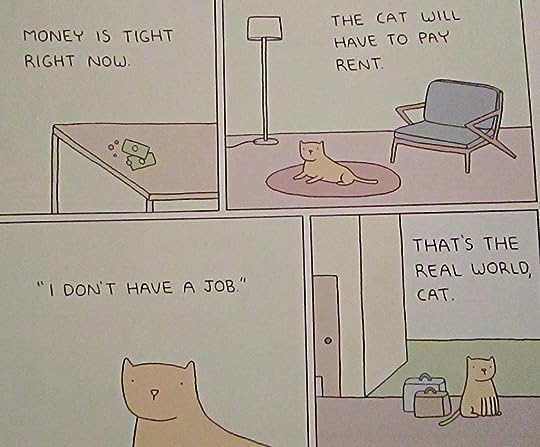