why on earth did it take me so long to make my way over to this series? plenty of people were telling me to – kat stark straight-up recommended it to me with her words, and there were the passive recommendations in the form of glowing reviews from people like anne and jeff and that big bear melki! (who has read 450 books this year and that’s just crazy. you have to trust a bear that reads more books than there are days in which to read them.) and then there was a crossover event between this and my beloved revival series… the point is – sometimes you gotta stick a horse’s face in the water before she figures out how to drink.

and now that i know how to drink, i’m ready for a bender. i’ve bought the next two volumes already, and i cannot wait to dive in.

for those of you who haven’t read this, all you need to know is that tony chu is an fda agent in a world where fda agents get the opportunity to be more badass than they do in our world. a typical day can involve some of this 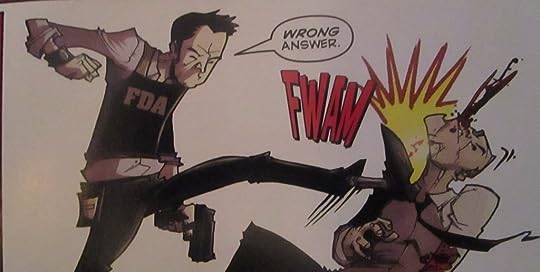 see, chicken has been banned for human consumption after a bird flu pandemic made it a sketchy foodstuff and there’s all kinds of chicken speakeasies to bust up and chicken smugglers to bring down and – YES – I SAID ‘CHICKEN SPEAKEASIES!!!’ I KNOW; IT’S AWESOME, RIGHT???!!!

but on top of all that, poor tony is also cibopathic, which is an unenviable condition where whatever he eats, he can see its paaaaaaast. so, he can see the tree from which an apple grew or he can see the last squealing shudders of a pig’s death throes. and a lot of times, it’s better not to know what’s been done to your food. 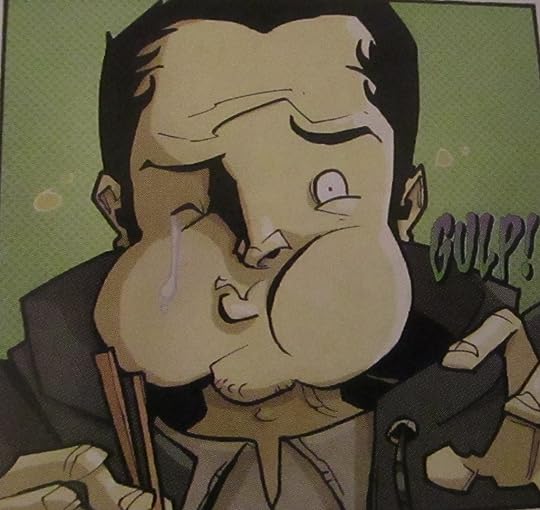 but then he finds a way to put his condition to good use. because his skills aren’t limited to food. or, to look at it another way, anything or anyone is food to something.

so i loved it. i love amelia mintz, i love mason and i looooove tony chu. 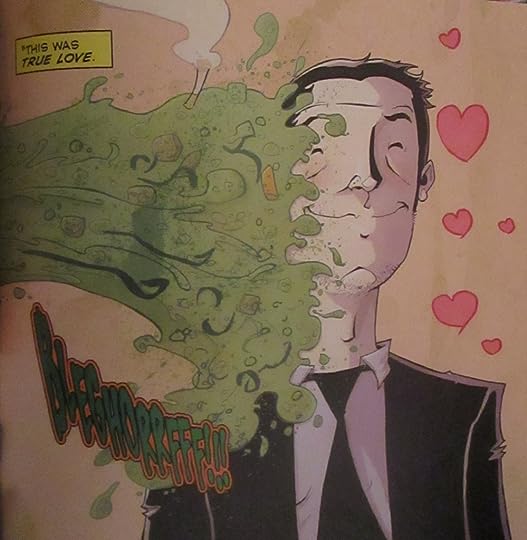 and considering how quickly things escalated in this volume, from “no i don’t wanna!” to “sigh, okay then” to “nom nom nom imma GET you!”* i am super excited to see where this thing goes.

i mean, any book that has this kinda decadence: 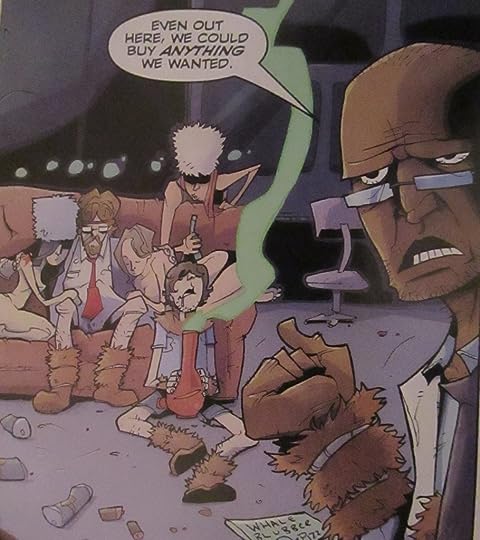 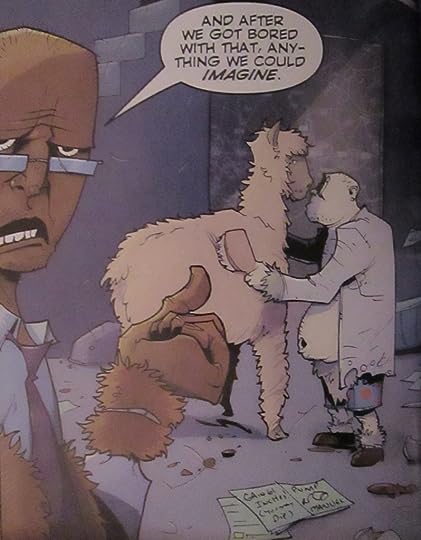 that leads to this kinda houseparty aftermath 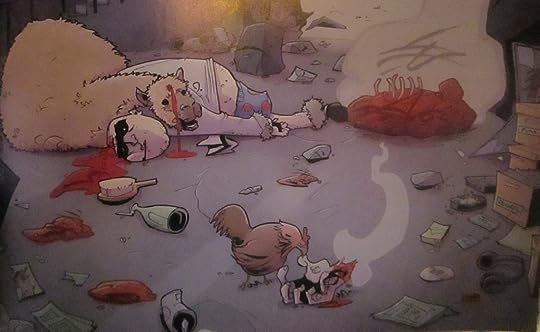 is my kinda book. cannibalism is just the icing on the human remains-cake the way communism is just a red herring.

and i cannot wait 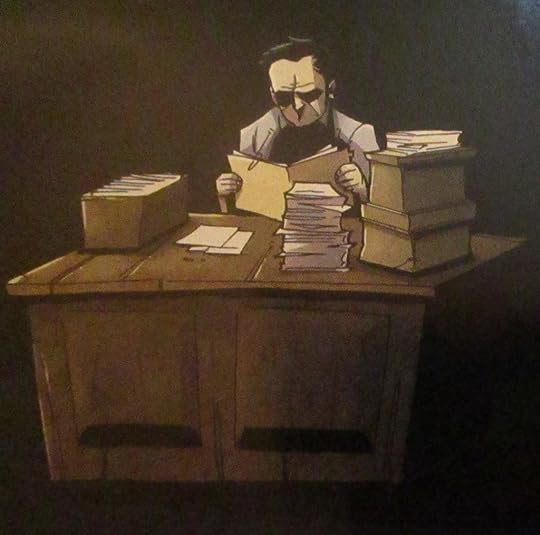 * zero of which are direct quotes, mind you…