I guess I’m better at burning things down than talking to people.

I’m okay with that.

this story is another reason to adore tor and their generosity in providing all these free shorts for us to have.

the only other thing i have read from lish mcbride has been a different free tor short, which i chose because – duh, unicorn: 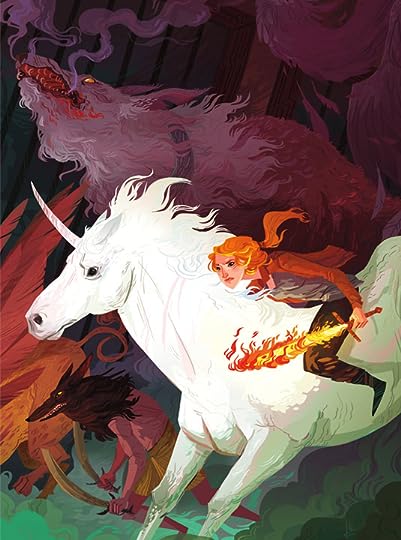 and i liked it enough to vow in my own review to read her necromancer series, having heard such good things about them, but it’s six months later and i still haven’t.

this story makes me want to say “screw you, necromancer, i am going straight to firebug!”

because i love these characters, this premise, the lightness of her touch; it’s that perfect balance of funny and creepy that authors like mira grant do so well. it’s a combination of urban fantasy (which i am still not convinced is for me) and fairytale elements (which is most certainly for me).

our three protagonists are employed, by debt and circumstances rather than by choice, as muscle for the supernatural mafia run by a gorgeous, ruthless vampire named venus who, contrary to those milquetoast vamps in that popular YA series, would only sparkle if you covered her in glitter, which I don’t recommend if you like doing things like breathing and blinking.

lock – half-dryad nature spirit who can control plants
ezra – asian fox-shifter, for the dreaminess and quips
and – ava – firestarter and narrator

they are about to embark on their latest assignment, collecting protection money from a witch deep in the forest. but only one of them knows that, which is clear when their goofing-off banter is cut short by the responsible lock:

Lock stopped and crossed his arms, giving us a look that Ez and I knew well.

“Did we forget to do our homework?” Ezra whispered in my ear.

“Neither of you read the file, did you?” Lock said accusingly.

“I skimmed it.” I said. “Something about collecting money, blah blah blah.”

“I looked at the pictures,” Ezra added.

“There weren’t any pictures.” Lock threw his hands up in a gesture I found to be just a little overdramatic. “I don’t know why I’m surprised. Of course neither of you read the file.”

lock starts to give them the skinny when suddenly they come across something none of them expected: a gingerbread house. 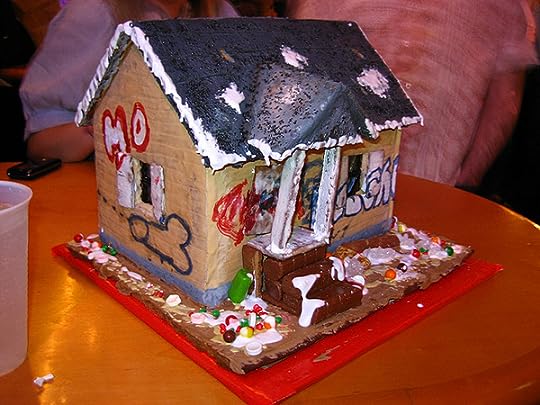 we learn a bit about the history and capabilities of the gingerbread house in reality, as opposed to their fairytale portrayals, and our heroes proceed with caution.

what they discover upon entering the house is both expected and not, and the story is a perfect riff on the hansel and gretel story – referencing what we “know” while putting a clever new spin on it.

it’s perfect little bite of a story – mcbride does a great job setting up the world so you don’t have to have read anything else in the firebug universe to get what’s happening, (but i’m really hoping that some of the references dropped in this story allude to happenings in the greater books, because i want – no, NEED – to know more about that werewolf bachelor party).

it’s super fun, and FREE, and i’m vowing to read her firebug series because i definitely need more of these characters. look me up in six months to see if i actually follow through. 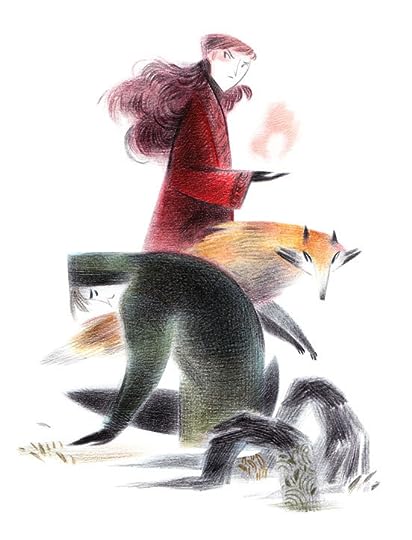 and a line for greg:

Foxes aren’t the best with concepts like “personal property.”