Everyone lives three versions of themselves, a public life, a private life and a secret life 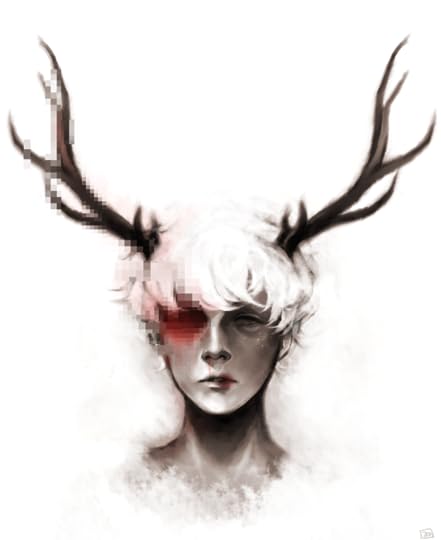 another stunner from beukes. another book that sucked me in immediately, giving me multiple storylines full of interesting characters that i believed in, even if i didn’t like them all. another series of unique murders whose horrific imagery will stay with me for a long time. another commentary on crime and modern life that transcends your typical mystery novel and elevates it from a serial killer beach read into something more lasting.

the cast is made up of broken and breaking people: detective gabi versado – a single mom whose job keeps her away from her teenage daughter layla as she tries to solve a bizarre series of murders and prove that she’s not just a photogenic twofer – as a minority and a woman. layla and her best friend cass, who are largely left to their own unsupervised devices and whose impulses get them into trouble. jonno, fleeing the end of a relationship in new york and trying to pick up the pieces of his self-destructed career and make one last stab at being a reporter. tk – a sort of father figure to a homeless community with his own violence-riddled past. and clayton, a once-successful artist who is the most broken of all, whose cracks allow something monstrous to sneak in.

Broken Monsters takes place in the urban decay of contemporary detroit, “the number one Death-of-America pilgrimage destination,” filled with hipsters hoping to force some sort of artistic community from the ashes, camera-toting tourists gawking at the rubble, and real people just living their lives. this city of repossession becomes a city of possession-proper as an entity called “the dream” overtakes the mind of a sad and desperate man who becomes all eaten up on the inside by the dreaming thing he let into his head that didn’t mean to get trapped here, drawn out by the raw wound of the man’s mind, blazing like a lamp in one of those border places where the skin of the worlds are permeable. This “dreaming thing” only wants to get home, and it doesn’t know how, but makes attempts by creating its own form of art, which takes the shape of haunting and beautiful tableaux that just happen to also have a human corpse in the middle of each of them.

the first piece discovered is the upper part of a young boy fused to the hindquarters of a baby deer, left in a graffiti-covered tunnel and becoming known as “bambi” to those working the case.

and we are off.

The Shining Girls worked its bigger-than-it-seems magic by focusing on the staggering number of violent crimes against women, giving the victims a voice while refusing to glamorize, or even explain, the killer. this one approaches violence and crime from a different angle, focusing on social media, the dangers of the internet age, the way our connectivity exposes us to crime and humiliation, and makes us complicit in the humiliation of others as viewers. and how we are compelled to lap it all up and contribute to our own downfall.

Shakespeare would have it wrong these days. It’s not the world that’s the stage – it’s social media, where you’re trying to put on a show. The rest of your life is rehearsals, prepping in the wings for the fabulous online

beukes covers a lot of digital ground here: the success of a site called text regrets, which consists of embarrassing texts best left unsent, the popularity of banal listicles for vapid websites, the way cass and layla go catfishing for sexual predators and other internet pervs, and jonno’s attempts to stay relevant by embracing the new technology, covering detroit’s secret corners, eventually including the killer’s “art”:

The Dream House prep video they did got 788 hits in the first twenty-four hours. They watched it spread, and it was amazing how each new view was a little shot of validation. This piece they’re filming now isn’t just about art, it’s about the weirdness Detroit has in spades, which is what people are hungry for. They might even reach a few thousand views. It’s about building your audience.

and audience is very important here, as the dreaming thing realizes its success depends on visibility – It needs an audience, and asks hopefully: “Will people see it? It needs eyeballs.”

this book also reminds us that the internet is forever – an important lesson for young girls. This is the way the world is now. Everything is public. You have to find other people who understand.

the police procedural parts reminded me of tana french – how she doesn’t stint on creating well-developed characters while she is also writing these kickass and detail-rich crime stories. the investigation sequences were hands-down my favorite parts. i loved watching them follow the clues and oh god – SPARKLES!! how i loved sparkles. View Spoiler »poor, poor fucking sparkles. « Hide Spoiler

but layla and cass were probably my favorite characters, and while i almost never picture actors-as-characters in my head when i read (one notable exception – manna francis’ administration series), this time i could not get these two girls out of my head because of the similarity of their situation and the way they carry their youth-as-invincibility: 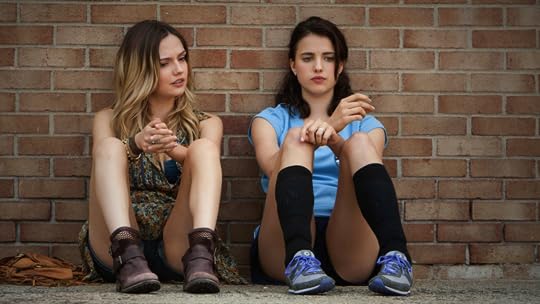 it’s funny that the thread for this review, where me and pms started rattling on and on about stuff before i wrote the review, really made me think about this book in terms of true detective, and how what beukes does here is kinda-sorta similar to all the fantastic speculation that was going on online about the direction that show was headed. speculation that turned out to be completely inaccurate and way too ambitious, but this reminded me of one particular discussion (particularly in the comments section) that had me foaming at the mouth with the potential and possibilities and was really looking forward to having fulfilled. but the whole idea of sensationalism and crime needing an audience, and how the viewer/reader is complicit in crime-as-entertainment by virtue of seeking it out, supporting it, giving it staying power – retweeting it and generating an appetite for it – that is something that is definitely a branch of what beukes is doing here.

although – fuck you, jonno. you are a douche.