so about a week ago, on my listserv, they were looking for recommendations for mystery novels that did not involve murder, presumably for older patrons who were turned off by graphic violence. and my mind went right to this book, and i entertained a whole fantasy of giving it out to a little gentle biddy who just wanted a nice cozy domestic mystery about who left the butter out or who tracked crumbs through the pantry…

there would probably be complaints.

we had this in the store years ago, and when i was scanning the section for returns, i idly glanced at the dust jacket to see what it was all about. it is about horse rape. yup. some gentleman is going around and raping the lady horses of a particular community.

who could it be??

i kept it in the store as long as i could until it was clear it would never sell, and the humor it gave me was dwarfed by the stress of not having room for nine hundred janet evanovich hardcovers. so we parted ways, but i thought about it often in my lonely hours—musing, as of an ex-lover, “i wonder what happened to…”

so i made greg buy it for me on the internet. 99 cents.
(stupid question—why is there no “cents” symbol on the keyboard?? am i just missing it? how am i just noticing this now??)

some stones are best left unturned.

this is not very good. despite being about the raping of horses, it is pretty dull, with no humor and a pretty unlikable main female character. and not cool-unlikable, either, just someone that you probably are familiar with if you have a job that forces you to be in contact with people who are really crappy and are best avoided or the small talk will smother you. how can you be going through a crippling depression and still come off smug? yuk. and i think the author is doing that thing that unskilled writers do when they want to infuse their own personal beliefs about unrelated things into the character’s voice, like the evils of television or real estate developments…speeches of this kind are clunky and unnecessary in a mystery novel. just tell me who is raping the damn horses already.

and that’s what i call a book review! 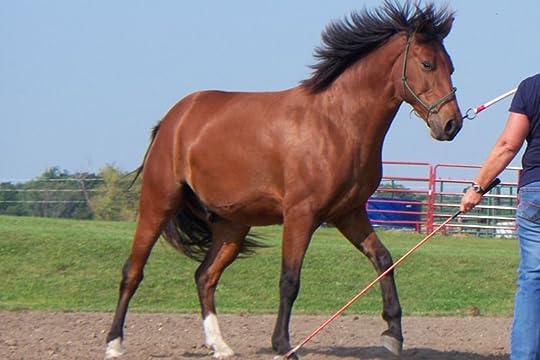 (this is what you get when you google “that horse was asking for it.” keep your eyes out for this one, horse rapists…)