Bearskin by James A. McLaughlin
My rating: 4/5 cats

this is a fine, meaty debut. it’s grit lit literary enough to drop words like “extispicy,” but gritty enough to include an anecdote* that made me, long leatherskinned against book violence, wince.

it takes place deep in the virginia part of the appalachians, where a man named rice moore has been working for six months, appreciating the seclusion of his new home:

No other human being lived within miles. Rice presided alone over seven thousand acres of private nature preserve: he was the caretaker, the science tech. He drove the John Deere tractor. He’d exaggerated his construction experience on the job application, probably one reason they’d hired a guy with his record. That and the fact he was a qualified biological science technician who looked like he could take care of himself. He’d agreed to do the work on the cabin so the owners wouldn’t hire a bunch of carpenters to drive up in the morning and ruin his solitude.

the isolation of the location was one of the perks, after all – not only does rice have a record, but he’s also using an assumed name, hiding out from the members of the mexican drug cartel who want him dead after previous entanglements have left a heap of dead and wounded on both sides.

cautiously optimistic that they’ve lost his trail, rice immerses himself in his work, giving himself over to the wildness that surrounds him; not in a starry-eyed tree-hugging way, but in a way that studies the movements of the creatures around him, that prowls the forest at night, occasionally sleeping under the stars. and in the way that gets really pissed off by finding the bodies of bears poached on the protected land, baited and stripped of galls, paws, skin, left to rot.

time for the caretaker to take care…of business. 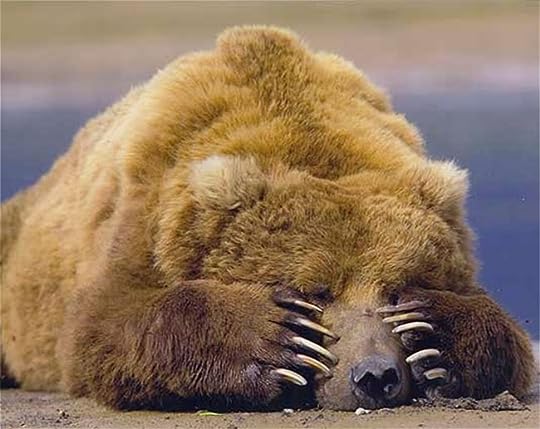 oh, you know you love me.

it’s man and nature and crime and protection, as rice begins his own unauthorized investigation into who is responsible for the poaching, making friends and enemies along the way, ultimately risking exposure to the people he most needs to avoid.

there are some pretty intense, well-placed scenes.

in between those more confrontational scenes, there are quietly meditative ones, building an atmosphere in which there’s a great deal of blurring between natural and civilized spaces; rice ventures into nature, but nature ventures right back, encroaching upon what little of the preserve has been allotted to its humans. all the nooks and crannies of rice’s new home are explored by bees, snakes, mice, squirrels, chipmunks, opossums, insects, toads, birds, spiders and even a bear.

The bear’s intrusion wasn’t a surprise, exactly. This was nothing more than a new level of permeability in the boundary between wild and domestic, something he had come to accept while living up here.

this phenomenon of nature, or wildness, taking back the domestic spaces claimed by humans as civilized is a recurring theme throughout the novel, and it becomes a metaphor for what is to come – rice’s past catching up with him, bringing violence, infecting his new life.

The lodge had been assimilated into the meadow over the past hundred years, and despite his efforts to keep the place up, an irresistible osmosis was always at work, the life outside inevitably forcing its way in.

change is gradual, but inevitable.

the descriptions of the natural world are beautifully written, and although it is not a pretty book, it falls on the “nicer” side of the grit lit divide, in the vein of Fourth of July Creek or Above the Waterfall. there’s ample violence, but it’s neither gratuitous nor gleefully descriptive, and there’s an effort made towards the redemptive; opportunities for rice to retain his conscience and his humanity even in the midst of all this roaring ungovernable nature.

a very strong debut with an equally magnificent cover. 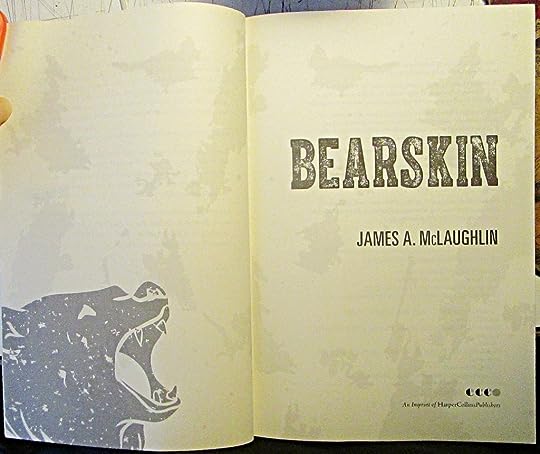 * the part where they proved “they could do whatever they wanted,” that “nobody could imagine what else they might do.”