this is a wonderful idea: take a sappy book with a trite story and a heartwarming message and MAKE IT SO MUCH BETTER BY ADDING WEAPONS AND ESSPLOSIONS!! 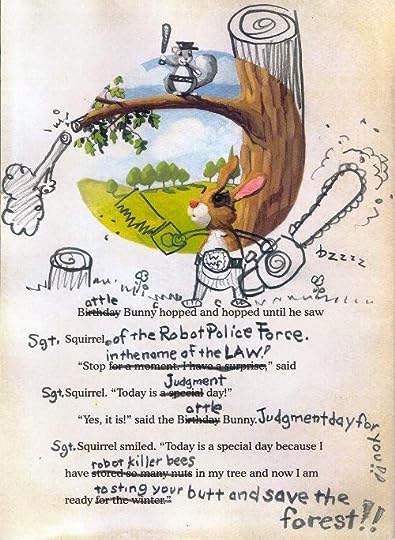 this is was a story about a little bunny on his birthday. he woke up soooo excited that he was going to see all his friends and they would throw him a party and he would get presents and everyone would shower him with attention and cake. but oh no! looks like everyone forgot it was his birthday because they have other things going on in their lives, which might be for the best, because i think a bear’s present to a bunny would be a trip to digestion alley. but so bunny is all sad and mopey BUT THEN! HAPPY DAY! unlike molly ringwald’s family, the other animals were only foolin’ and actually HAD remembered bunny’s birthday and it was all a big giant surprise at the end YAYYYYYY!

but—in the hands of young alex, that pap got so much better. 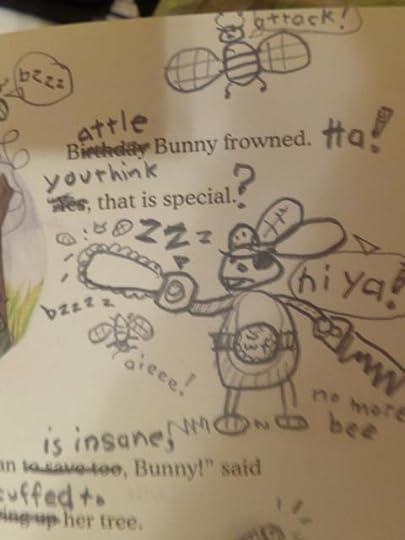 and now rather than being a story about some sad sack bunny feeling sorry for himself for like 20 pages, it is about a bunny who will take what is his. with fire and blood. 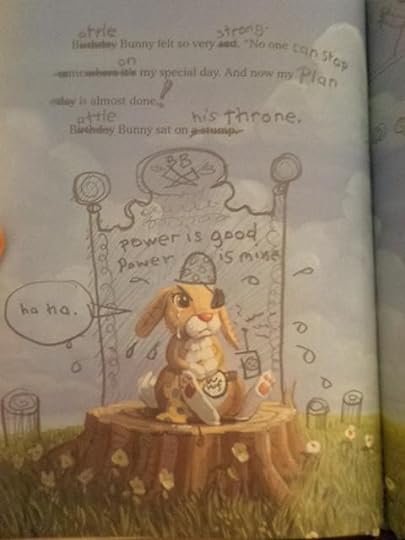 other animals get some shots in, too 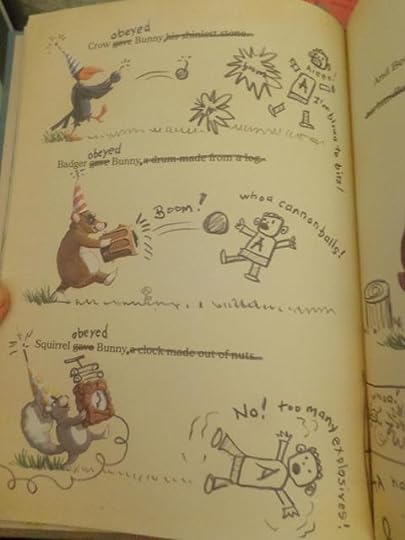 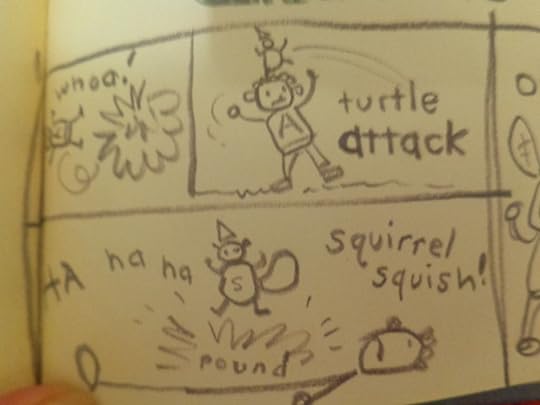 but it’s mostly about battle bunny. and alex. and their eventual showdown. which made me really happy because, like alex, i know how rough bunnies can get. 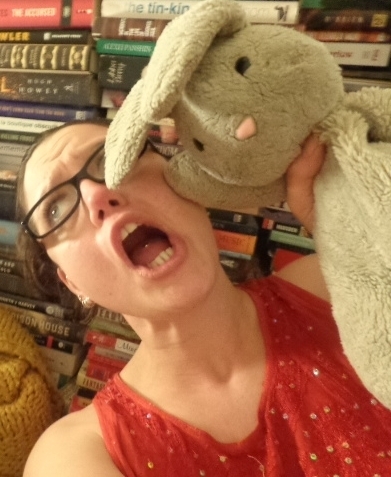 and this book gives me hope.