A Wolf Called Wander by Rosanne Parry
My rating: 4/5 cats

this is such a good middle grade animal book. based on the real-world wolf OR-7 (aka journey), A Wolf Called Wander tells the story of a wolf cub separated from his pack and his struggles to stay alive in a confusing world full of the dangers and difficulties that face a wolf too young to have learned how to survive on his own—to know what to eat, what to avoid eating, where to seek help, and when to be cautious.

it’s a fairly realistic depiction of nature—it doesn’t disney-sugarcoat its animals into being all bestie-pals or anything; some are definitely food and some are definitely competing fiercely for resources, but it’ll pan away before it rips your kids’ hearts out. make no mistake, there are plenty of sad things that happen in this book, but it doesn’t twist the knives. much.

the animals do “talk,” because, ya know, exposition, but they can only understand their own kind. wander develops a working relationship with a raven, but they do not communicate through a shared language. in fact, wander cannot even understand a domesticated dog when he encounters one along the way. i liked that detail very much. 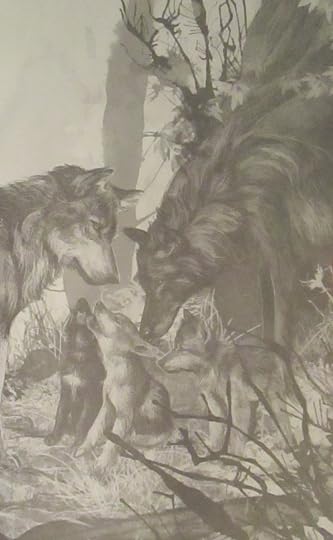 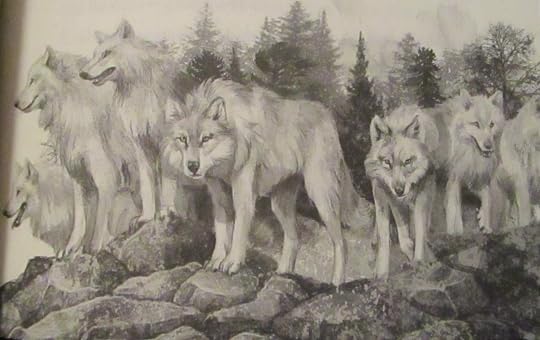 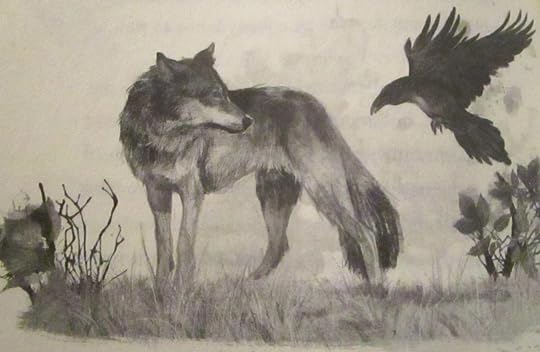 it even has a lesson about underestimating nature at your own (or your brother’s) peril:

A scuffle of noise at the edge of the waterfall catches my eye. A black nose peeks out, followed by the most wild-haired weasel ever. Its hairs are long and stiff and wave out in all directions. It is even slower than the last one. I could catch that thing. I look at Father. He is not crouching to stalk it. He is looking at me.

“Is it delicious?” I nose-point to the weasel.

The thing goes to a pine tree and nibbles at the bark. The stiff thick hairs are silver-gray at the tips and black at the base.

I make a little yip in case it hasn’t smelled us watching so nearby. It turns and doesn’t back away. Badgers and wolverines are not big, but Mother has warned us about them.

“Does that thing hunt us?”

“Nothing hunts a grown wolf but men.”

“The porcupine fears no one and fights no one.”

“But I could get him in one pounce. He is so slow.”

“Anyone who tangles with a porcupine bows to him forever after.”

No way am I bowing to that thing. I watch it slowly and clumsily climbing the pine tree. There is nothing sleek or strong or shrewd about it. I will get Sharp to tangle with it. Then I will know, and Sharp will have to do the bowing.

wander will learn many lessons over the course of his journey, but that one is a good solid foundation to build upon.