A Guinea Pig Nativity by Bloomsbury Publishing
My rating: 5/5 cats

this world will never stop delighting me.

how can this be?? how can all the pieces of this puzzle coexist?? who is religious enough to create a book that tells the story of the nativity in a real, straight way, without any humorous adaptations that is deemed appropriate enough to be marketed as a religious book, shelved accordingly, but not too stodgy-religious to use guinea pigs to represent biblical figures and dress them up like mary and joseph to tell the story? 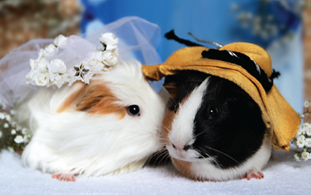 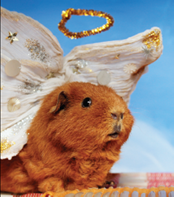 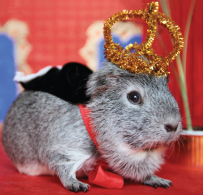 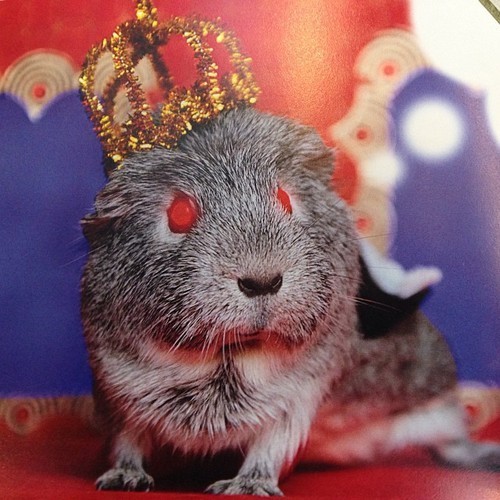 but still – STILL! deems jesus special enough to not be played by a real live guinea pig, but is instead a doll: 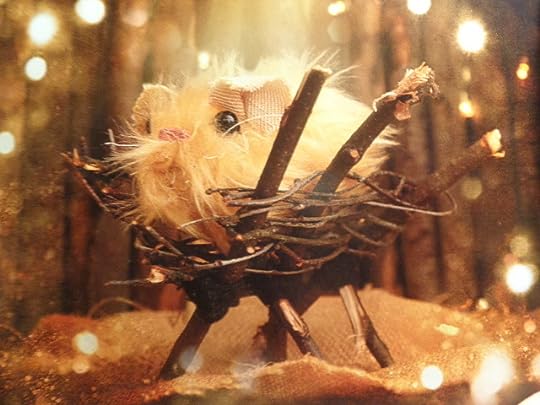 is that out of respect?? is it a sacrilege to dress up a guinea pig as jesus?? or would the baby pigs just not stay still long enough?? or are they just too icky when they are babies?? or is there some more insidious commentary going on here??? i don’t know. all i know is that these guinea pigs are dressed up. in the biblical sense.

how does this even exist in the world and why did it take so long?? and the best part is that these delightful guinea pigs are actually rescue guinea pigs, so it’s nice that they get to be stars after some stupid squeezy-handed kid decided they didn’t want a pet anymore, and they get credited and everything. except jesus. who is, once again, a doll. 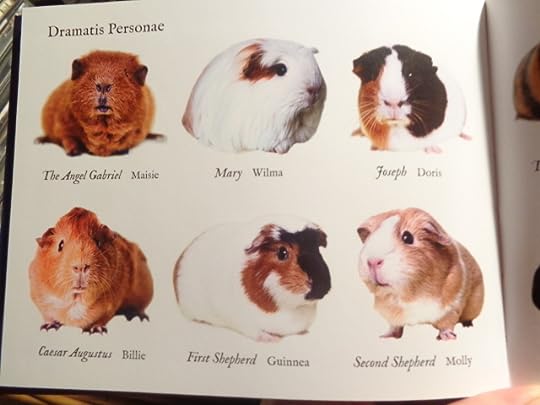 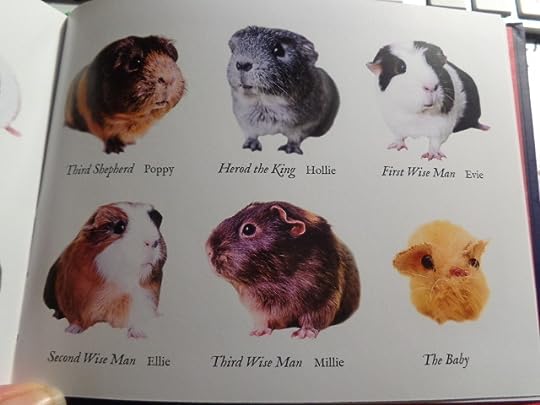 also nice to see the flexibility w/r/t traditional guinea pig gender roles. if a girl guinea pig can grow up to be king herod, then the world must truly be a better place than the world before this book was in it.