this is one of those “eeeeveryone is reading it” books that i always come in too late on, since i rarely read nonfiction and it takes me a while to jump onto nonfiction bandwagons. but here i am, way behind the rest of y’all on the oregon trail, probably riddled with dysentery. 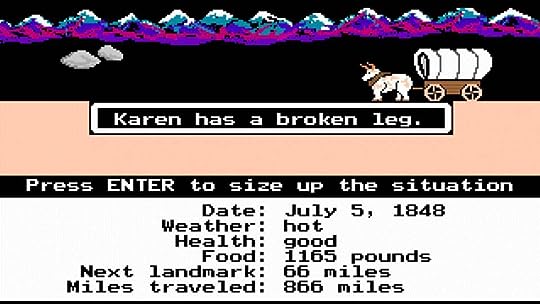 or that. which is probably a good place to dive into this review, because even though its synopsis keeps stressing the word “survivalist,” this family is only “survivalist” in the sense that somehow, despite refusing to seek professional medical treatment for any number of falls, fires, punctures, car accidents, explosions, they survived.

and somehow, in spite of being a college freshman who had never gone to school a day in her life, who thought europe was a country and had never heard of the holocaust, tara westover managed to not only survive, but flourish in academia; earning an undergrad degree, a masters, and a phd before writing this book.

and somehow, despite years of emotional, psychological, and physical abuse, despite all the ways they failed to prepare her for the world, despite how they turned their backs on her and lied about her and how generally unpleasant they are, she still wants the approval and acceptance of, and to have a relationship with, her family.

of the three “somehows,” that is the least shocking. the pull of family is strong and many people continue to love people who hurt them repeatedly, but there’s no world in which i teach myself trigonometry, so #2 still has my vote.

it’s an interesting book for a number of reasons, but maybe not the ones that are being used to pitch it. because the survivalist thing is definitely overemphasized. there’s a difference between being a prepper and being prepared. you live in a rural area, like the mountains of idaho, you’re gonna want to can some food in case you get cut off from other options. the family is self-sufficient and insular in many ways, but they have a phone, a tv, a car, tara participates in local musical theater groups – they’re by no means “off the grid.” except for Y2K, which deeply disappointed her father by failing to happen, the family doesn’t actively prepare for the breakdown of society, and there’s nothing of the survivalist guns and ammo and “we live in trees now” lifestyle here. the end times are mentioned, of course, but it’s often invoked in a context other than survival, and although her father wants the family to become even more self-sufficient, in terms of generating power and other amenities, a lot of that is just “stickin’ it to the man” glee.

for me, what’s interesting is how memory functions in this book. obviously, all memoirs are somewhat invented – gaps filled in, personalities amplified, situations inflated, meaning assigned with the clarity of hindsight, but here it’s more than “glossed for dramatic zazz;” it’s several different sources who have completely contradictory recollections of events. she makes note of these situations as they arise in the book, but there’s a little two-page dealie after the acknowledgments called “A Note on the Text” that is totally worth reading, and weirdly, was the most fascinating part of the book, to me. it’s almost eerie. trust me and check it out, okay?

that’s all i got – everyone’s already been here, done this (LGM). it’s an interesting read; i still don’t know how she managed to go from nell 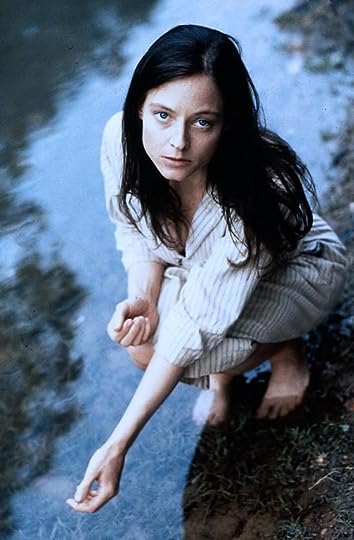 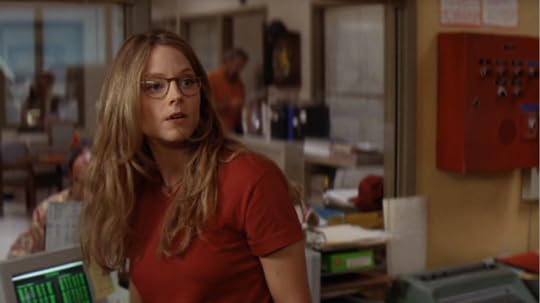 but more power to her, truly.