wow, four stars cats for the giant killer worm book, karen?? so it was as accomplished a work as swann’s way to you??

and this is why the star cat-rating system ends up not really meaning anything. not in the grander scheme of other-books-read.

this is a five-star cat concept that lost a star cat in execution.

is how i am choosing to think about it.

it is a book about giant worms creeping up out of the sewer system, bringing foul-smelling sludge with them and frequently ending up in some girl’s vagina.

why do they go for the vagina? because they are giant phalluses, basically, and the descriptions of how difficult it is to hold onto them and their muscular evasions are less subtle but funnier than in most books about giant worms.

and why do women sit on the toilet fully nude in the first place? greg says it is because she had just taken a shower and then had a poo, but then don’t you just need to take a shower again?? plan better! and look out below! 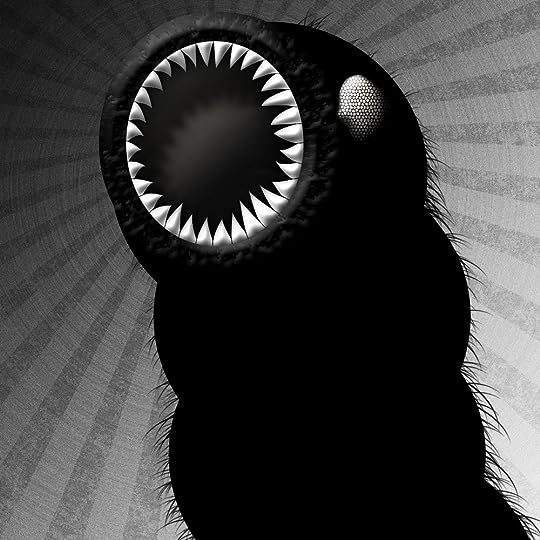 it is a one hundred page book. you’re gonna get what you’re gonna get. it isn’t meant to be much more than a blood n’sludge fest, but it delivers both of those things with enthusiasm and humor.

which is one of the better opening lines of a book. it goes on to introduce the people who live on pine street: the stay at home dad to a gay dog who is not happy about either of those things, the flirty hot chick next door, a batty widow, a high-strung chain smoker, an elderly woman, a young mother, assorted couples with problems that may or may not be easier to handle than giant killer worms, one of whom have a set of twin daughters. shudder. etc.

but don’t get attached to the characters, because it’s just not that kind of book. it is a book about giant killer worms with giant killer teeth that can bore through wooden doors. and View Spoiler »gay dogs « Hide Spoiler.

it is a lot of fun, and the final 1/4 is just fucktastic. just giant cinematic bizarre wonderful creamy campy splendor. and i loved all of it.

i am glad the author didn’t feel any need View Spoiler »to make sure the baby got out all right, or the dog. but the twins live?? seriously?? they must be in cahoots with the worms – why does no one believe me about their innate evil? why? « Hide Spoiler

i am also glad that our widow View Spoiler »could get her rocks off one more time before death. during death. « Hide Spoiler

and i am glad that this book was written. 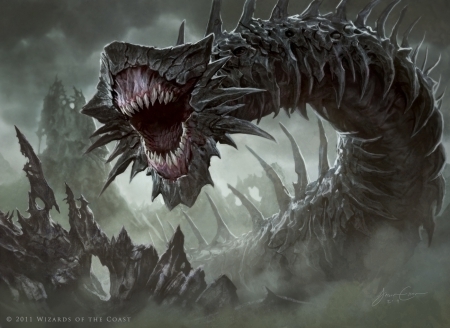 if you’re going to read one book about giant killer worms this year…make it this one.