The Wordless Leonard Cohen Songbook: A Biography in 80 Wood Engravings by George A. Walker
My rating: 3/5 cats

this is a weird little book. on the one hand, it is very straightforward—80 wood engravings by “master engraver” and leonard cohen fan george a. walker, who created this book to celebrate cohen’s 80th birthday. that makes sense and it’s math even i can understand. but then, in the introduction, walker gets a little carried away with his vision of this project as a “coded narrative;” a chronological biography told solely through images central to cohen’s life and work, drifting off into some sort of spiritual numerology and losing me and my interest along the way:

I wanted to play with the way the image of Leonard Cohen appears in pop culture. I sought out symbolism behind the number 8, which is significant in Cohen’s life and will help readers decipher the narrative. I made eighty copies of the hand-printed edition of this book. There are eighty wood engravings with images that mark points in Cohen’s life. Cohen is a Zen Buddhist monk, and the noble eightfold path to enlightenment is a significant teaching of the Buddha, who described it as the way leading to the cessation of suffering (dukkha) and the achievement of self-awakening. The first step in the path is Right View, and that is certainly part of the question I asked as I worked on these images: What is the right view of the life of Leonard Cohen and the popular culture that surrounds him?

he goes on to list some of the people who appear throughout the book, and explains:

The fourteenth engraving (page 45) is of Kateri Tekakwitha, a seventeenth-century Algonquin-Mohawk saint who fascinated Cohen and is featured in his novel Beautiful Losers. I made a connection between Kateri and the number 8 by using her birth date—the 17th of April (1+7=8).

that’s the only math i wanna hear about, pal. 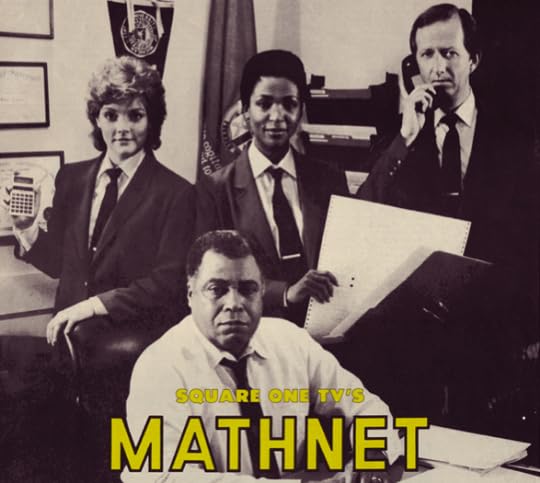 but me, i’m just here to look at the pictures.

i don’t know how one achieves the status of “master engraver,” but i do know that in junior high art class, we did woodcut projects, and i was not great at it. there was definitely blood. if you want to learn the difference between woodcuts and wood engravings, as i just did a moment ago, internet can help with that.

but if you just want to see some pictures of wood engravings of leonard cohen and cohen-adjacent folks, that’s what i’m here for. 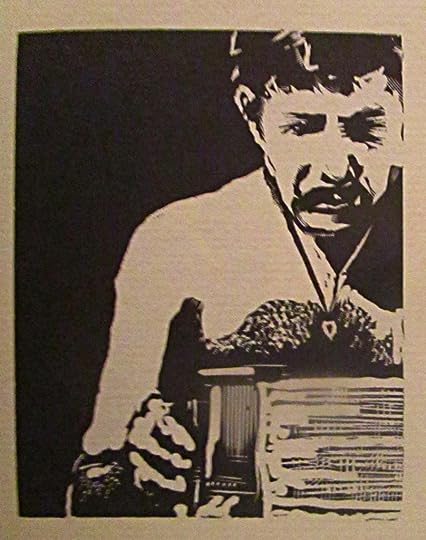 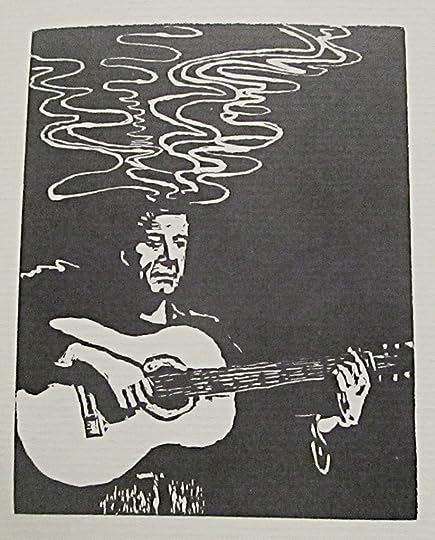 cohen and this guy 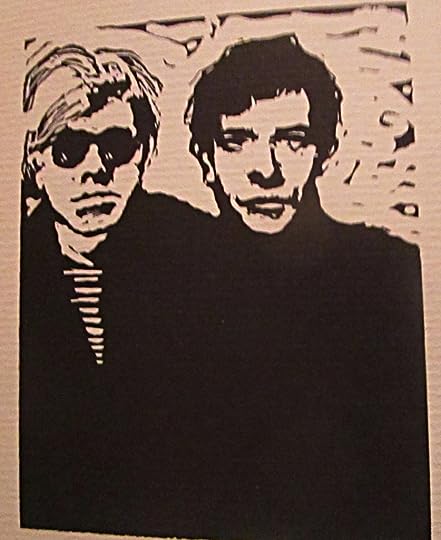 cohen and that guy 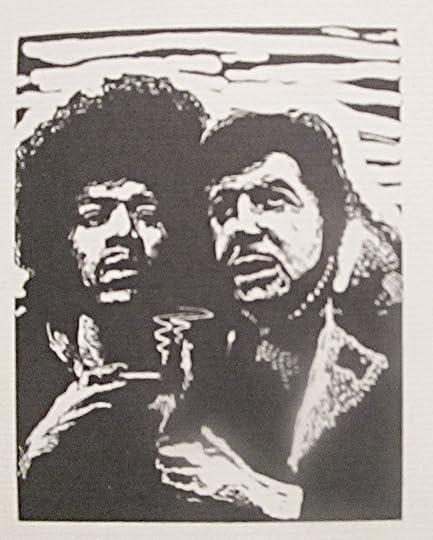 cohen and the complicated friendship 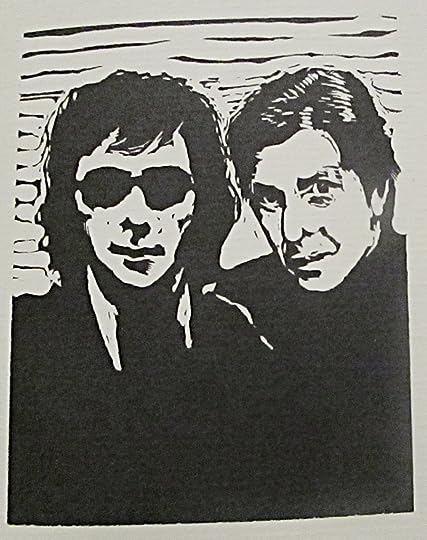 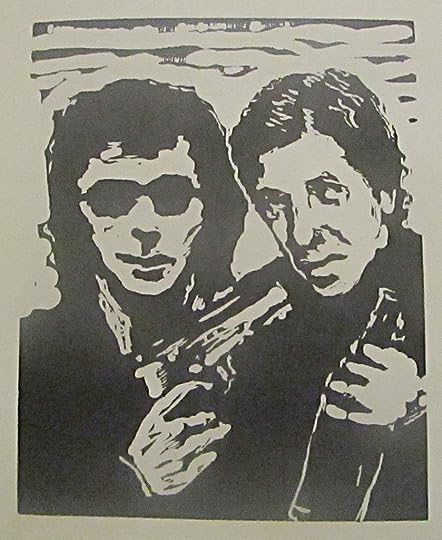 cohen and the one lady immune to his charms 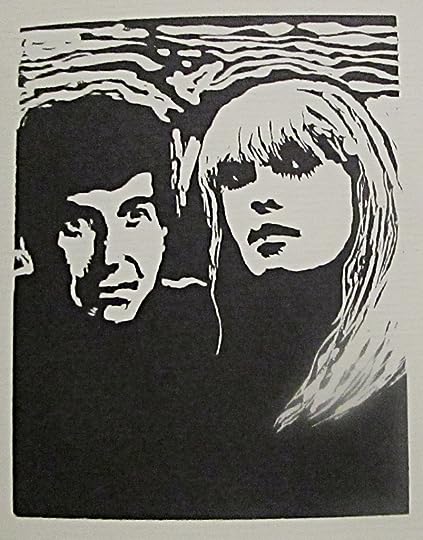 that time cohen had a demon baby 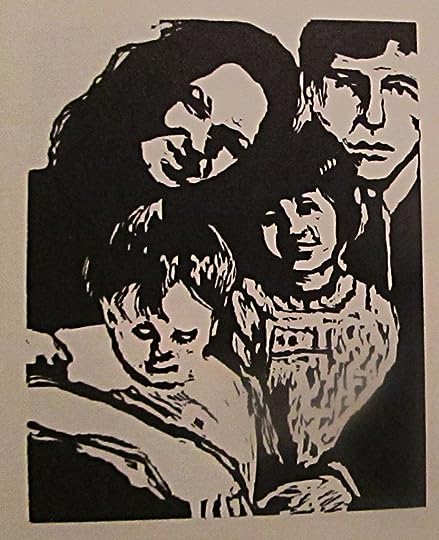 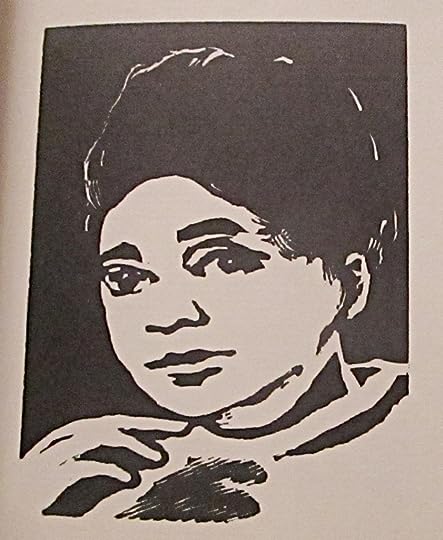 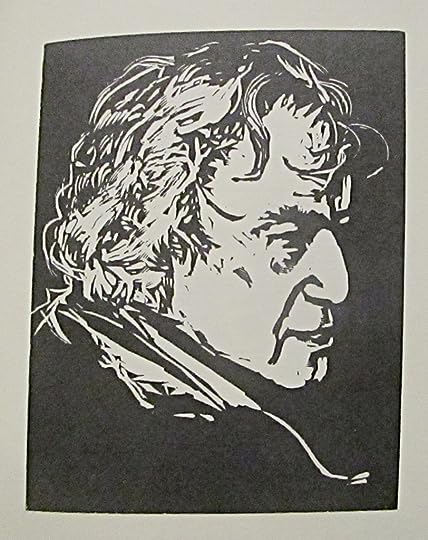 engravings based on his songs 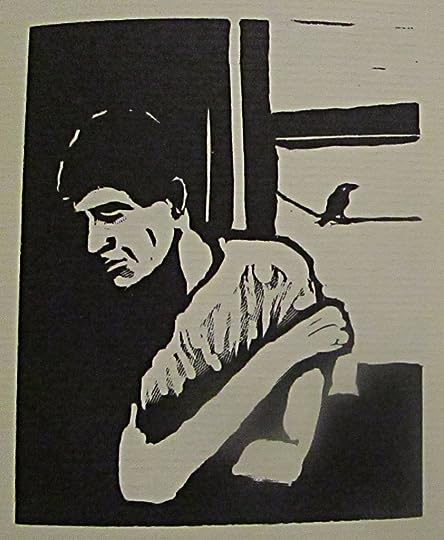 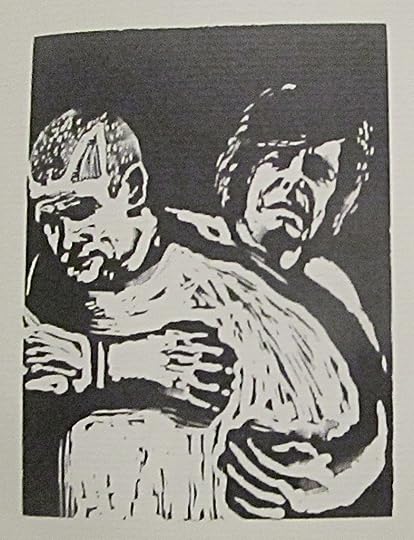 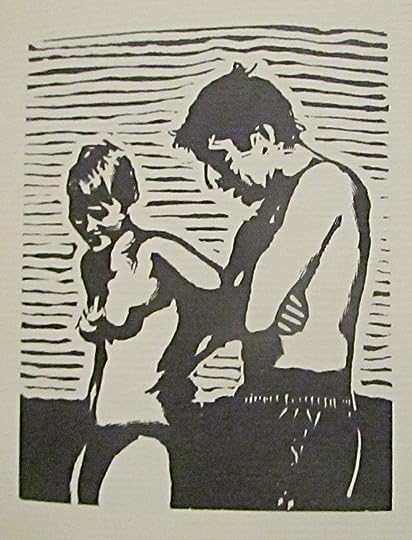 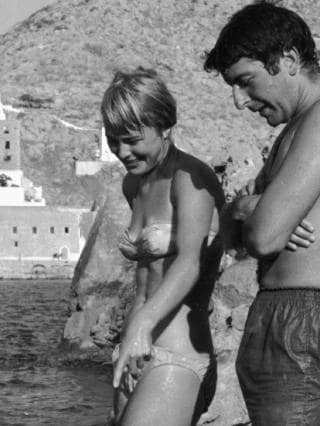 and, since it’s leonard cohen, there’re bound to be some boobies 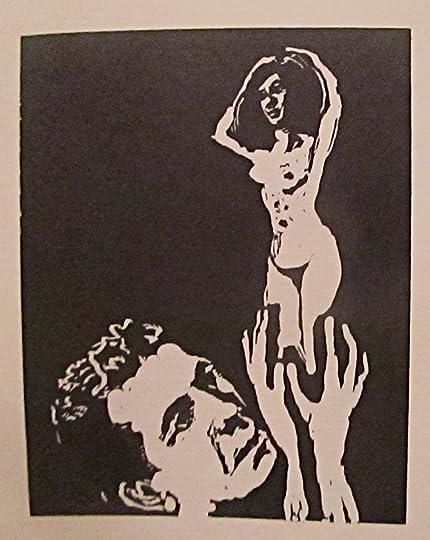 and, for the first time, this book reveals cohen’s secret besties: 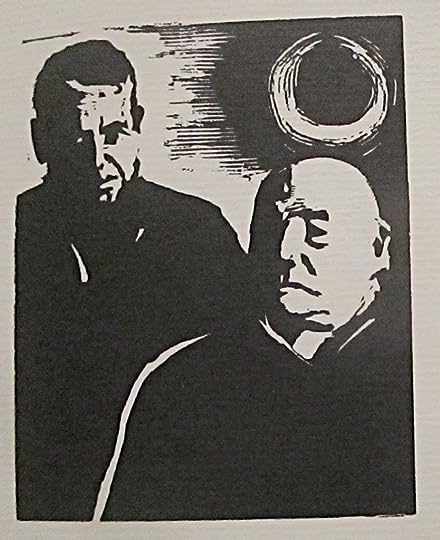 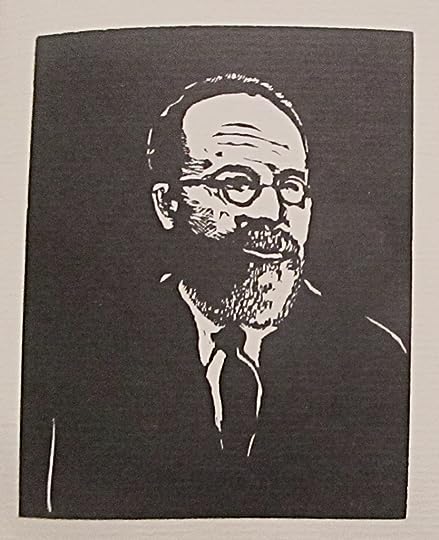 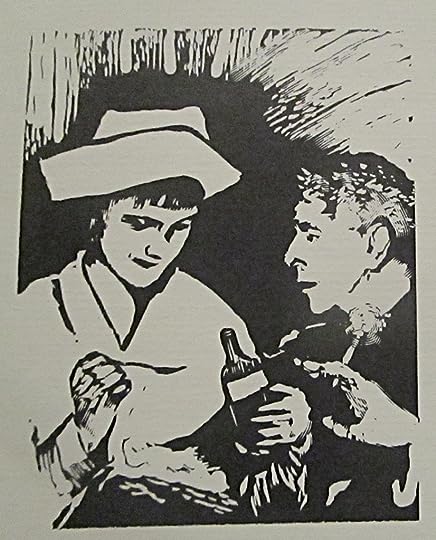 shhhh, this is a WORDLESS book, so you can’t tell me i’m wrong because i did the math and numbers don’t lie.