With Her Eyes by Cixin Liu
My rating: 5/5 cats

Two months of nonstop work had left me exhausted. I asked my director for a two-day leave of absence so that I could go on a short trip and clear my mind. He agreed, but only on the condition that I take a pair of eyes along with me. I accepted, and he took me to pick them up from the Control Center.

the premise is intriguing, and i’ll let him explain it for me:

Millions of people worked year-round on the Moon and the Asteroid Belt. The cost of a vacation back on Earth was astronomical – pardon the pun – which is why the space bureau, in all their stinginess, designed this little gadget. Every astronaut living in space had a corresponding pair of glasses planet-side. Those on Earth lucky enough to go on a real-life vacation would wear these glasses, allowing a homesick space-worker to share the joy of their trip.

People had originally scoffed at these devices. But as those willing to wear them received significant subsidies for their travels they actually became quite popular. These artificial eyes grew increasingly refined through the constant use of the most cutting-edge technology. The current models even transmitted their wearers’ senses of touch and smell by monitoring their brainwaves. Taking a pair of eyes on vacation became an act of public service among terrestrial workers in the space industry. Not everyone was willing take an extra pair of eyes with them on vacation, citing reasons such as invasion of privacy. As for me, I had no problem with them.

so our narrator heads to earth, letting his figurative passenger choose the destination, ending up in china’s taklamakan desert, now a vast grassland. the woman whose ‘eyes’ he is wearing is both grateful and melancholy during their visit—desperate to see and smell and touch everything—the land, water, giving names to all of the flowers, during which the narrator alternates between being charmed and bored by her numerous requests.

there’s a poignancy to her appreciation of these simple pleasures that so many take for granted, and the narrator is moved by her reactions even as he feels somewhat trapped by her urgency to experience and absorb every last drop of their surroundings.

and—oh, when he returns home and realizes who and where she is, her sensory hoarding makes so much sense and it’s a suckerpunch straight to the feels, my friends.

it’s a beautiful story, and while the message could have been facile and trite in a lesser author’s hands, it is written with such delicate confidence that it becomes profound and immediate in a way that is very welcome to cynical old me.

if he has more stories like this one, count me right the heck in! 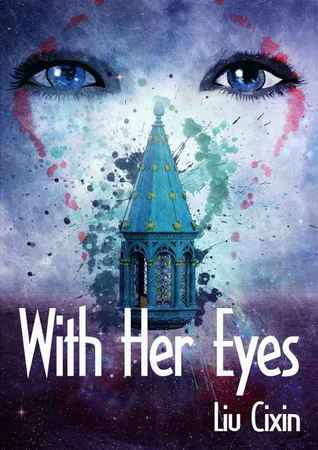 * oh, wait—i DID read another tor short by him, The Weight of Memories, all the way back in TWENTY SIXTEEN and it is still on my ‘review pending’ shelf, which sucks for me, since i don’t remember anything about it. this is what happens when i fall behind in my reviewing; a more-or-less ongoing situation that has become even more shameful these past few weeks and i’m just curled into a ball of shame over it.