With a Voice That Is Often Still Confused But Is Becoming Ever Louder and Clearer by J.R. Hamantaschen
My rating: 4/5 cats

this is partly a review and partly evidence to be sent to the police after i am totally murdered. i, of course, will be totally murdered at the time, so if someone could forward this for me while i’m all decomposing and stuff, i’d appreciate it.

i may have met the author of this book once or twice. i’ve read his first book – You Shall Never Know Security, we’ve had some chats over peanut butter, and he knows that i am not a fan of lovecraft because of my inability to process that style of horror writing that is suggestive rather than specifically defined. and so when j.r. asked me to read this, his second book, i tried to probe him a little with questions of “on a scale of one to suuuupereldritch, how lovecrafty is this??” and he was all “nooooooooo, this is not lovecrafty at all.” 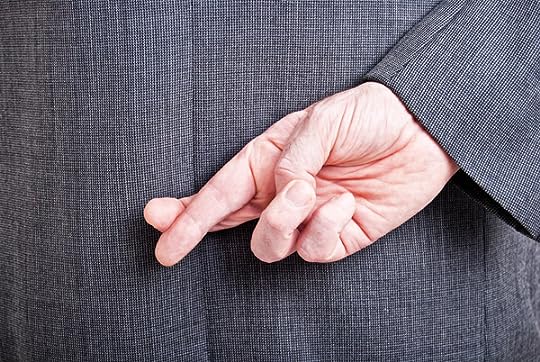 so, it opens with a story in which all kindsa dreamsy ineffably horrific things happen to a group of girls, and i’m raising a single eyebrow, which i can’t even do, so i’m just looking surprised instead of skeptical, and THEN there i am, 54 pages into the third story in the book, which is all about the ethical dilemmas of social work and i’m really getting into it, like i’m watching a law and order episode and then OUT OF NOWHERE, it turns into the MOST lovecrafty of ALL lovecrafties, and then later there’s a story ABOUT A LOVECRAFT CONVENTION!!

no one likes a liar, hamantaschen. if that’s even your real name….

there is also a story about how poop can save your life.

but none of that is important since – hello – i’m dead over here! what’s important is the story titled Soon Enough This Will Essentially Be a True Story which title is essentially a true confession, detectives. sorry i’m dead and you have to work this case and all, but let me help you out a little with some lit crit/evidence.

i am choosing to read this story, in which a goodreads reviewer named karen is stalked and attacked and to whom many horrible bloody things happen as a direct threat against my person so if i EVER die EVER, it was definitely murrrrrderrrr and it was definitely j.r. hamantaschen. someone notarize this shit.

… and is “chesty,” although fifteen pounds overweight. which – fuck you, story! i hope you make lots of friends in prison!

so anyway, this “sexy goth librarian” reviewer wins a book through the goodreads firstreads program, and it’s really bad. it’s in her beloved bizarro-sphere, but it’s ineptly written and shocking for shocking’s sake only and boring boring boring.

The genre she was reviewing, of course, was largely fatuous trash, but she made an effort to separate the wheat from the chaff. I mean, there’s something to be said about trash done right.

so, karen reads as much as she can before she gives up in disgust and she’s faced with that horrible dilemma when given “a free book for an honest review.” She hated writing bad reviews, although she did it if a book was unbearably twee or pretentious, in which case she could be scathing. this one is just “bleh,” so karen pushes it down in the review stack, but then the author gets impatient and starts harassing her with threatening emails and this pisses karen off and there are retorts and then the author loses his fucking mind and shit escalates in a really bloody way.

now, there are some descriptors here in which it is clear that it is NOT ME:

there are also some inaccuracies about the way goodreads works, but for the most part, this is definitely about me and what the author is going to do to me if i don’t give him fast, glowing reviews. also, a later story takes place in the neighborhood in which i now live. THE STORY IS COMING FROM INSIDE THE HOUSE!!!

and so because it took me so long to review this book after reading it, i’m assuming he’s right outside my apartment RIGHT NOW and he won’t listen to any excuses about how it’s just that reviewing short story collections is the WORST and the MOST DRAINING of all possible reviews and what is that noise?? NOOOO NOOOOOOOO STOOOOP NOOOOOOO

(3.5 stars cats – but it’s not the book’s fault that i am in such short story burnout right now.)