maggie has added her two cents to the end of the review.

this is a very satisfying addition to world of the horror/sci-fi genre-blend.

a lazy person would say “this is Under the Dome with zombies*” and call it a day. but while that’s a decent, if glib, encapsulation of the kind of story this is, it’s much more layered than that. this is something completely new. at first, it does indeed seem to be a zombie story as people in the small new zealand settlement of kahukura start freaking the fuck out in the streets, attacking each other and themselves in grandiose and splattery violence. before we even hit page 35, a human bites another human’s arm so hard that even when the mouth is (forcibly) removed, a tooth remains embedded in the bone of the forearm. and that’s one of the least gruesome things to have happened by this point. that is either a selling point or a warning, depending on who you are. however, after that opening scene of spectacularly kinetic violence, the book cools down a bit into a more quiet and sedate horror better characterized as psychological than splattery. which doesn’t mean it is less effective at all, there are just fewer people killing themselves with mailboxes.

constable theresa grey is called out to investigate a helicopter crash and finds herself in the middle of the unfolding nightmare, which is so pervasive that by the time it is all over, there are only 14 people left alive and unaffected by the madness. if that wasn’t unsettling enough, the survivors quickly realize that the town is caged in by an invisible force field through which they can neither physically pass nor communicate with the outside world.

fourteen people, hundreds of corpses, and a lot of questions.

for a while, it follows the familiar path of these kinds of stories – the survivors, ranging in age from fifteen to eighty, share their stories about where they were when the event occurred, and the horrors they witnessed, their backstories emerge, trust and distrust brews, theories are proffered, canned goods are amassed, bodies are disposed of, people cooperate, fight, hook up. but once the answers start revealing themselves, the story became something else, something new. i read bunches of horror, and it is just so refreshing to not only come upon something that deviates from traditional supernatural causes in terms of its “whatness,” but to also have that new thing be well-considered, detailed, structured. the horror here is both real and metaphysical, and there is still a little ambiguity at the end, but it’s of the acceptable “we can never know everything” variety than the “this author has done shoddy world-building ” variety.

my only complaint is that fourteen characters is a lot. and it’s no fault of knox’s – they are all very different characters with defined personalities, but sometimes sentences like Sam got Myr to carry Jacob in to see Warren had my head spinning a little. there were always different groupings of three or four people going off to do things, and i had to keep track of “william and curtis are with oscar now and bub and belle are with holly but wait – where’s paul?? who’s paul again??” and my poor little brain would have to stop and restore order before returning to the story. fortunately, this is a horror novel, and those fourteen will be whittled down a bit by the end mwa ha haaaa. but apart from that, i have no complaints. oh, except View Spoiler »theresa and william? i read, but didn’t really understand, when his interest in “his” sam diminished, but i guess i never really bought this switch over to team theresa, nor do i understand what she would find appealing in him. they don’t seem well-suited, or to have any chemistry, and that just felt manipulated to me. « Hide Spoiler oh and i also HATED (but was meant to) View Spoiler »WHYYYYYYYY? 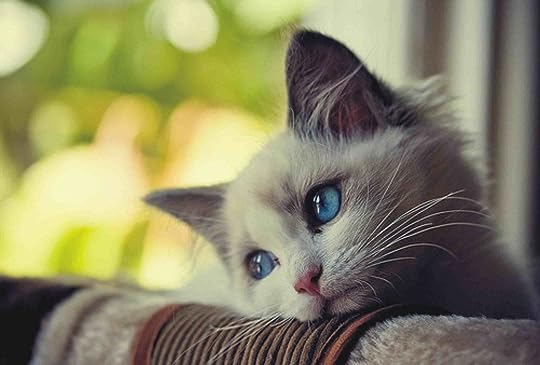 « Hide Spoiler but apart from that, i thought this was a really intelligent story that created a new kind of horror, developed and sustained the tension, and stuck its landing. which is a rare and beautiful thing. plus: SAM! i loved sam.

a quick note – i am not a demonologist, so i had never heard of this kakapo that belle is so intent on saving. and- yeah, it’s pretty cute: 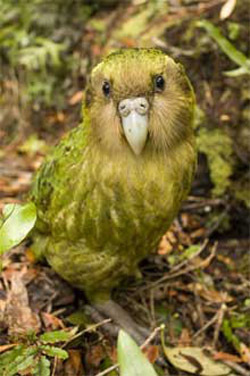 until you realize it is HUGE!

and you wonder why i keep telling you people to be afraid of birds. but i’m done – you’re on your own. don’t say i didn’t warn you.

* i have not read many other reviews of this yet, and if someone has actually used this as a description, this is not me singling anyone out and saying “you are lazy!,” it is just a comparison i thought of before chastising myself about backsliding into reductive tendencies. 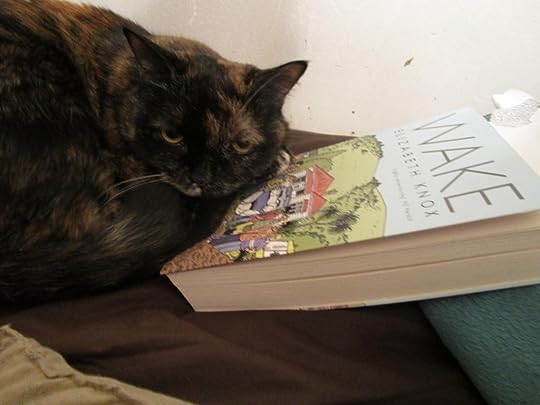 despite all this, i managed to finish it.

AT FIRST I THOUGHT IT WOULD BE A GOOD BOOK BECAUSE THERE WERE LOTS AND LOTS OF KITTIES AND THAT IS HOW YOU MAKE A BOOK GOOD BUT THEN View Spoiler »ALL THE KITTIES BUT ONE WERE MURDERED BECAUSE THE PEOPLES WERE AFRAID THAT THE KITTIES WOULD EAT THE DUMB HEAD-HUMPING BIRDS. « Hide Spoiler AND THAT IS THE STUPIDEST THING EVER BECAUSE THOSE BIRDS ARE NOT EVEN DELICIOUS-LOOKING AND I HATE THEM. SO THIS BOOK IS BAD. I WILL CHEW ON IT NOW.