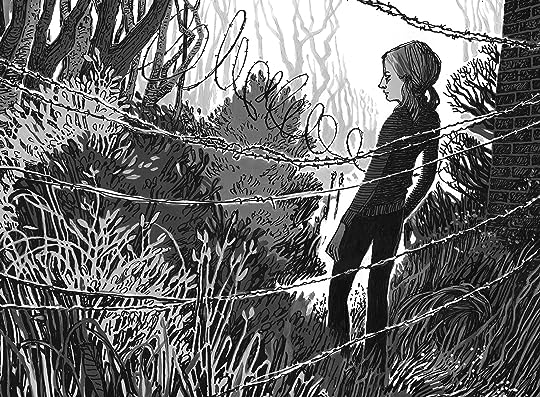 as a designed physical object, it’s impressive. it’s solid and heavy and fits nicely in the hand, the cover is subtly embossed and the cover image is seductively spooky. all good things. it’s also a breeze of a read, as half of the story is sequential art and the other half is diary entries. oddly enough, the portion without words takes longer to ‘read,’ because you wanna absorb the details and look for additional clues. but being pretty and fast isn’t everything, as many high school girls learn soon enough, and this one doesn’t have lasting appeal. also like high school girls, this is for a younger-than-me audience, so keep that in mind, but i had a few complaints.

i thought the artwork was iffy—she’s really good at landscapes and inanimate objects, 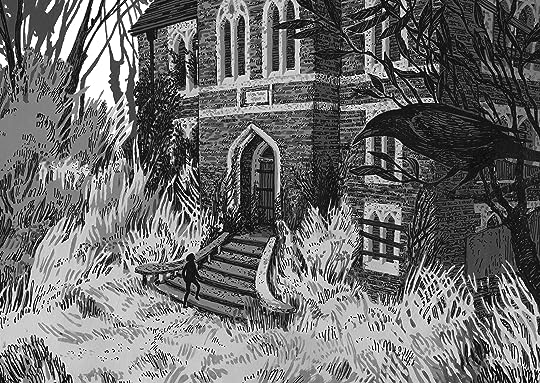 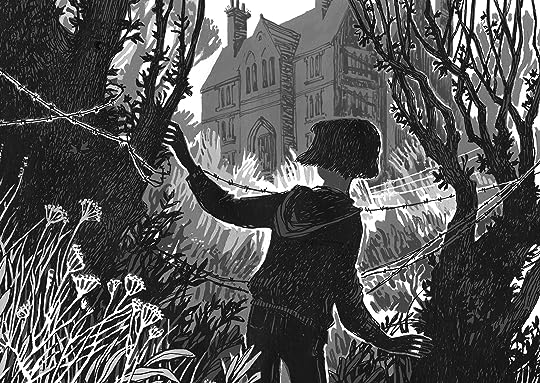 but her humans/former humans don’t always pull their graphic weight. 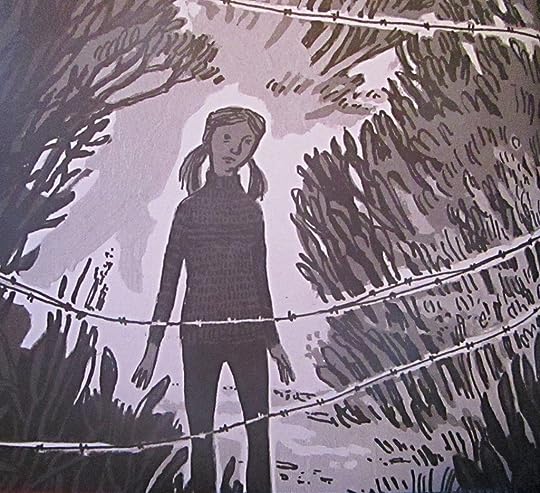 which is frustrating and disappointing, because sometimes she does it really well 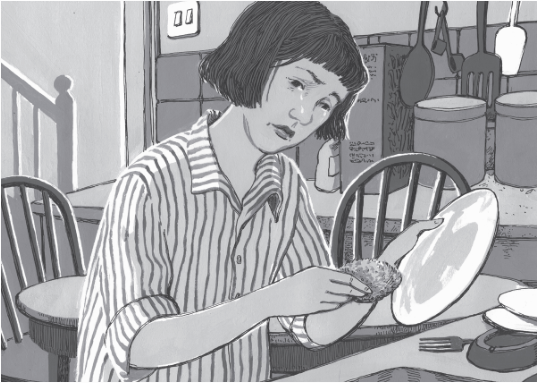 and sometimes it’s all unformed and meh 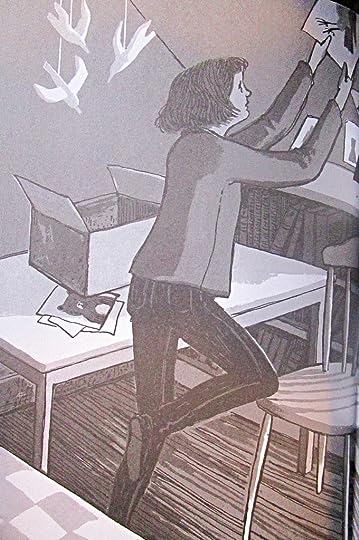 that profile is bananas.

and as a general rule couched in a very specific example—if you’re going to show a picture of a door that is meant to have a word scratched on it, even if that detail hasn’t yet come up in the story, you have to either show the word or make different decisions about your composition, because its absence will be noted during a second-read.

as far as the story, i dunno. a lot of it is pretty standard slumber party stuff, but i appreciated how this one was more bittersweet than horror. it’s a story of bullying and loneliness and grief and why parental supervision is a thing that matters. but there’s still some stuff that’s unclear to me.

because—back to that door-scratching—it seems like there’s some ambiguity around whether her little nemesis was the one doing it. from the beginning, i suspected it was someone/thing else, because it didn’t seem to be in keeping with her usual MO, which had been more geared towards big demonstrative bullying with instant payoff rather than chinese water torture/psychological breakdown. i mean, who wants to stand outside someone’s door all night scratching like a tailypo when it’s so much more fun to cover a girl with gravy in front of all her peers? so i assumed it was some kind of ghostie trying to make contact with mary that would then daisy-chain into the future with ella & etc, establishing some sort of lonely-kid ghostie club stretching back over the years. but, no.

i just don’t understood the story overall. there seemed to be something “off” throughout, to characters and their motivations. kathleen seems to be genuinely concerned about mary, but then she’s all—hooray, a cruise 4 me!, sending a doctor as a consolation prize but surely knowing that mary isn’t suddenly going to break her vow of silence for some strange man. and jane and pete merrily going on their way, leaving troubled and straight-up vicious little girls all alone? etc etc.

so, yeah—the story is rough, the artwork is uneven, but it’s definitely not a waste of time. i just thought this was going to be one of those I LOVE YOU books, and it didn’t work out that way. 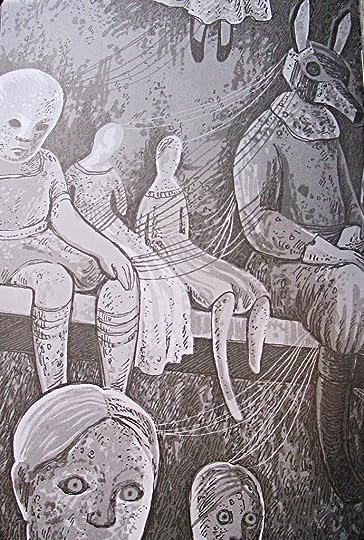 hmmmm gimmie a minute to think on this…