The Subsidiary by Matías Celedón
My rating: 4/5 cats

here is the story of me reading this book:

i left my house to run some errands, checking the mailbox on my way out. this book was inside. “hooray!,” i exclaimed, “a book for me!” i flipped through it as i walked down the street. “man, this is short,” i thought to myself. i began to read the book while walking. i ran three errands: organic store, dollar store, dunkin’ donuts, reading the whole time, and by the time i got home – lo! i had finished the book!

which sounds like i am the most impressive reading-machine ever, but before you start side-eyeing me with thoughts of “cyborg” running through your mind, you should know that this story is written entirely using a stamp set with movable type and the pages look like this: 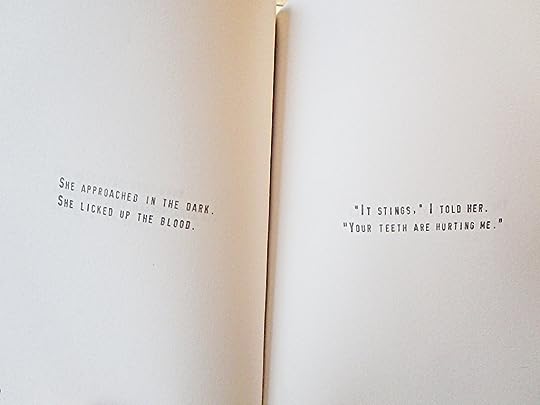 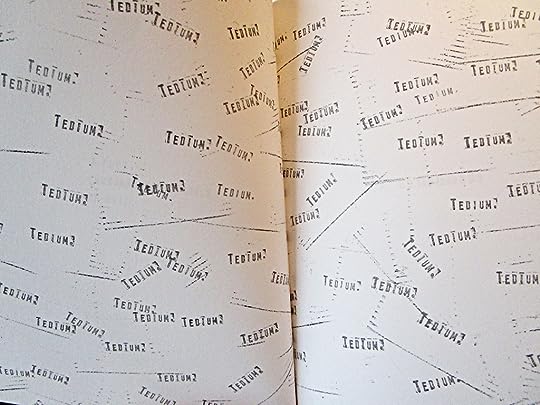 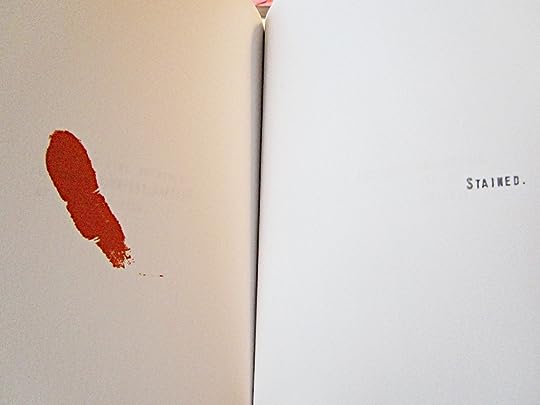 but feel free to be impressed with me anyway; i could use the esteem-boost.

now, you may be tempted to cry “gimmick!” on this book, but please hold your catcalls until the end. because while, yes, part of the book’s appeal is absolutely tied to its unusual style, to write it off as just an experimental whim would be to underestimate it. i’m not a fan of gimmickry for the sake of gimmickry – i’ve poo-pooed books who rely on “look at me!” antics at the expense of, you know, telling a story. eyes have been rolled.

but this one isn’t all flash – there’s a dark haunting quality to it that transcends its novelty. and i admit, it’s a bit of a creeper of a book. perhaps because of the circumstances in which i read it, i closed the book and thought, “huh.” (not “huh?,” but “huh.”) but then, i found myself thinking about it later – certain scenes were returning to my mind as i was doing other things, and i reached for it again and gave it a second pass, and then i really started appreciating how much work this book does with so little actual text.

it’s a dark surrealistic/absurdist office story – a bit kafka, a bit bartleby, maybe a bit The Room or The Regional Office Is Under Attack!, neither of which i’ve read, so don’t quote me on that. but it’s a violent and gruesome brand of surrealism, despite how sparingly the violence is detailed.

it features an unnamed narrator in an unnamed country in latin america who works for an unnamed “major Latin American corporation.” it’s just an ordinary day until a power outage kills the lights and phones, and, as our narrator records: 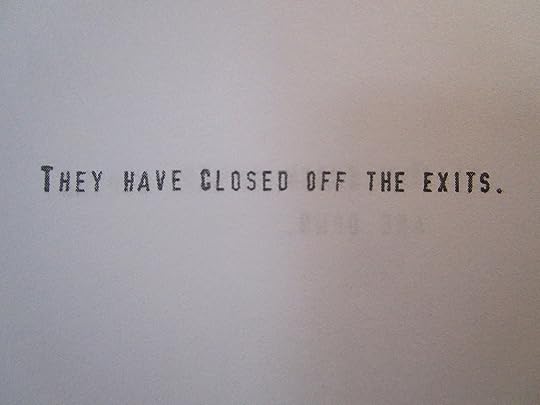 the use of “they” implies a deliberate act and not something connected to the outage, but in any event, the employees are trapped inside the office with no explanation other than periodic announcements that this situation will continue “indefinitely,” and the distant sounds of shouting in the streets outside.

which kind of locked-room/no information setup would be the foundation for a great horror novel, like Horrorstör, and it is, but it’s not that kind of horror. it’s part psychological horror and part historical horror, but only if you’re familiar with 20th century latin american history. i’m an american asshole, so i knew nothing about argentina’s dirty war until i read The Case of Lisandra P. recently, and was motivated to research the topic. (by which i mean i read the wikipedia page and a few top-result articles in my casual google search – i told you i was an american asshole)

and while this takes place in 2008, more than thirty years after those events, military death squads and their secret assassinations and ‘disappearing’ of private citizens have a way of lingering in the cultural memory, so as the days of these characters’ imprisonment pass without further information, and the attack dogs start appearing, the reader supplies the context and the implications that are as unnamed as everything else in this book.

because it’s not just the location or narrator or specific threat that are nameless/undefined – all of the other employees are synecdochically referred to by their sensory or physical limitations: a blind girl, a deaf girl, a mute girl (although she does speak, so draw your own conclusions there), a one-eyed man, a one-armed man, a lame man. even the narrator is himself color-blind. there’s also a “boy.”

everything in this story is vague, unspecified, hinted-at; what is happening now, what has happened to the narrator in the past, even the narrator’s job, when he is asked by the deaf girl, is nebulous: 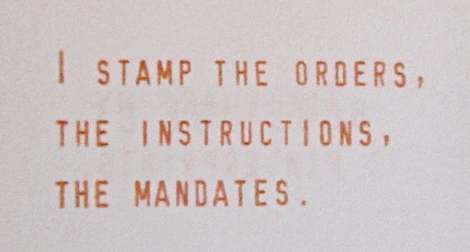 very little happens at first – people have sex, they look for candles, they steal ink – there’s the boredom of waiting, the passage of time marked by the death of a fly. 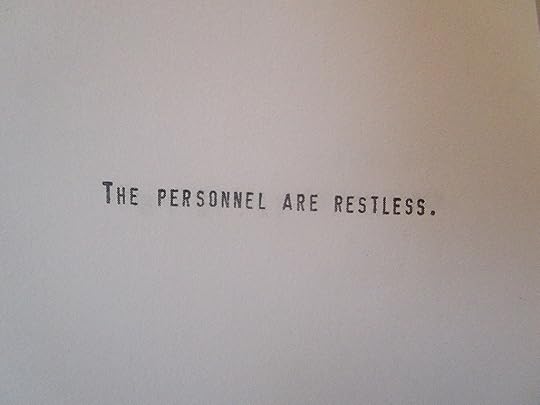 but once things slip into darker tones, there’s no coming back. 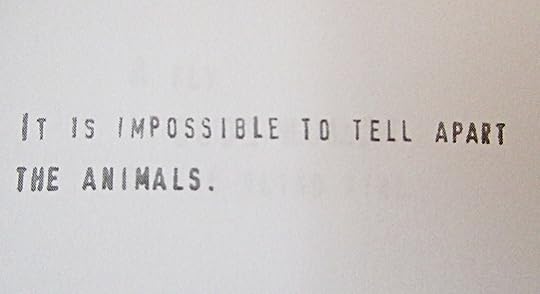 it often reads like poetry, with a cadence belying the often-horrific events

even the ending is a slippery thing, but it’s no less affecting for that. it’s a brief and haunting story that uses a gimmick to get your attention, but it’s not resting on that gimmick – it’s more atmosphere than narrative, but it’s a pretty impressive atmosphere, and the half-hour you spend reading it will give you plenty to chew over.

okay, you may now catcall if you still wish to.

thank you for your patience. 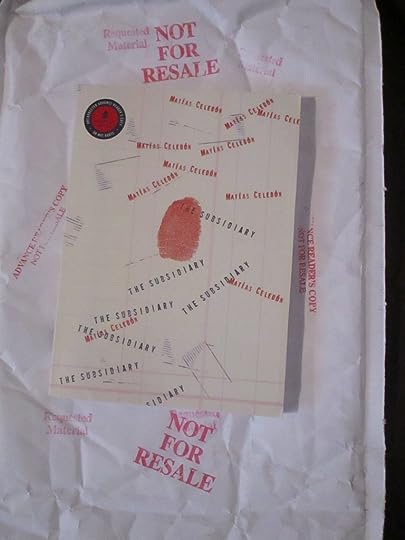 bunches. i love it bunches.