The Six Wives of Henry VIII by Alison Weir
My rating: 3/5 cats

i have never before spent so long reading a book and having less to say about it at the end. before reading this book, what i knew about henry VIII came mostly from one pbs (week-long)special and the herman’s hermits song, which turns out to be historically inaccurate and not actually about henry VIII at all. kids, don’t get your historical information from novelty songs…

what i know: henry may be one of history’s shittiest spouses—after reading this, i find myself able to cut warren zevon some slack.
henry really wanted a son. and he was willing to bend tradition, religion, social conventions, public opinion and personal reputation and chop off some heads to get one. spoiler alert: henry sucks at making a son. but he’s great at getting women, even if he has to manipulate competition out of the way into different countries to free up a path. it’s great to be king.

my new favorite man in all of history is (eustace) chupuys, henry’s much-harried ambassador whose name i adored saying aloud every time i encountered it in the book. i pronounce it kind of like t’pau. 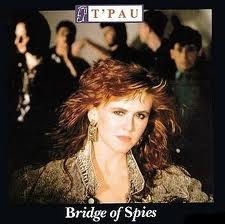 when he eventually died (spoiler!) i felt sadder than i did at any of henry’s wives’ deaths.

this book was just chosen at a bad time for me: long book, end-of-semester mania, too much to do and too little sleep meant i was frequently drowsing over it. but it’s not the fault of her writing which is clear and interesting. i was just too yawn for it. but at the very least, it made me want to read biographies of lady jane grey and katherine howard (the minx), and at some point i’m sure i will be reading wolf hall. so—a springboard book for me.