IS IT WRONG TO CHEAT ON SHARK WEEK WITH SHARKFEST???

i also survived a vicious shark attack this shark week: 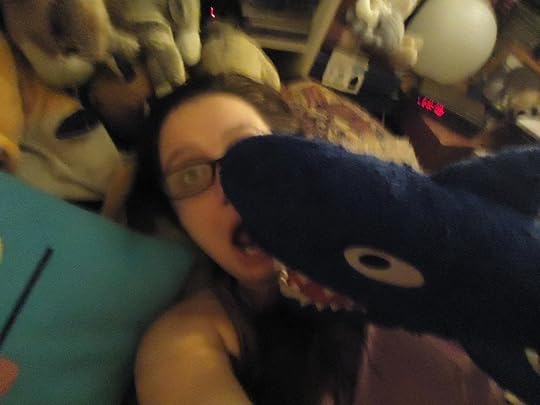 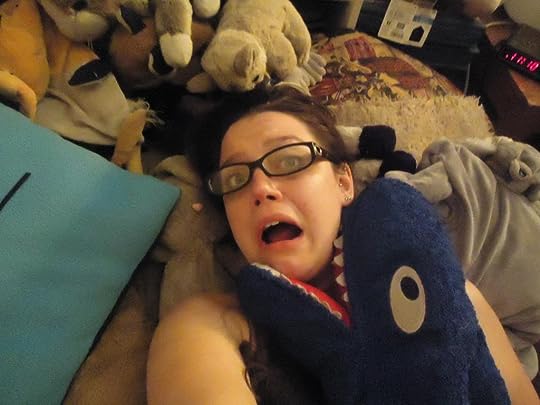 the wonderful ceridwen sent me this book, because she totally gets my love of sharks, and the people they eat along the way.

don’t worry, sharks don’t eat people much. we are the circus peanuts of the animal kingdom, and only crazy sharks want to eat us.

but this is great—a kid’s book about the shark attacks of 1916; the one jaws was based on. and it is a real-and-true story about how when there is a shark that is going on an all-you-can-eat buffet rampage, you are not even safe in a creek, or a crick, or whatever regional dialect you have that applies to your little swimming hole that is not the ocean.

as you can tell by the title of this book, our hero chet does not get noshed, but in the real-and-true incident, two people did indeed get noshed unto death, and one just got nibbled a little. which is no fun when it is a shark what is doing the nibbling, let me tell you…

this was such an unusual occurrence, but i am glad to see that scholastic is taking time out of its day to terrify kids away from any body of water, ever. this should make bathtime fun.

it is a pretty great book—a modern-day “boy who cried wolf” story with some oddly hypocritical kids who hold grudges. but all is forgotten when your friend gets half his leg eaten by a shark. that’s just basic courtesy…