The Little World of Humongo Bongo by George Andrew Romero
My rating: 4/5 cats

how wonderfully incongruous is it that there is, in this world, a charmingly illustrated children’s book by george a. romero? it’s on par with (pun-foreshadowing) alice cooper being a golf enthusiast. 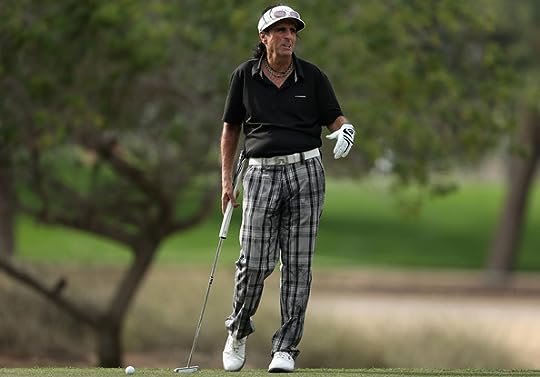 the unexpected delights that life provides…

humongo bongo is a children’s book in the vein of The Little Prince, with messages and metaphors and wisdom hiding behind its whimsy, and romero is both its author and illustrator. in the interview conducted by dave alexander that closes the book, he claims: “I’m not a wonderful artist,” but i think he does just fine, although since this is a prerelease digital ARC, i’m only going to share a picture or two, because they’re not going to look as good here as in the finished book: 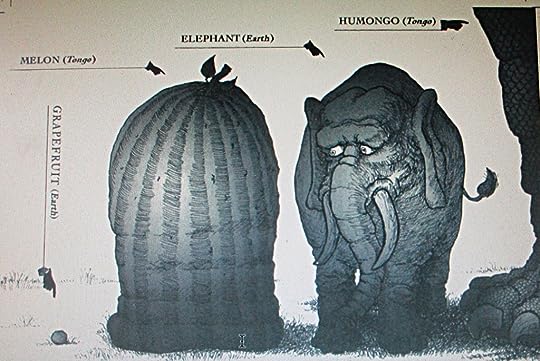 he draws better’n me and that’s the only measurement that matters.

it’s a story of the tiny planet of tongo, upon which live two giant humongos; one named pongo, who is two hundred years old and has been around and seen some things in that time, and the wide-eyed youngster bongo, a mere 98 years old, full of questions and energy and optimism.

bongo’s youth also makes him very restless, and when he takes it upon himself to explore the edges of the Wood, he’s inadvertently laying the foundation for a devastating series of events, the “been there/done that” recognition of which causes the world-weary pongo to sigh in resignation, leaving bongo to learn the life lesson he knows is about to unfold.

”I’m moving to the other side of the planet, “ replied Pongo.

“If you insist on walking to the edge of the Wood, you might…” Pongo hesitated and looked at his young companion. “Well, you might cause something to happen.”

so off pongo goes, and bongo is on his own for the first time in his 98 years, however – since tongo is such a tiny planet, and humongos are so loud, bongo is able to communicate with pongo throughout their separation, taking advantage of the elder’s experience and wisdom, if not exactly heeding his warnings.

“Pongo,” he cried. “There are some tiny, little creatures coming.”

Pongo called back from the other side of the planet asking, “How many legs do they have? Eight? Six? Four?”

“Just what I was afraid of.”

“What do you mean? What are these creatures?”

“The little ones of Tongo.”

“Little ones? Well, they surely are little!”

“You should leave,” called Pongo. “Come and join me here, on the other side. And make sure they don’t follow you.”

“Why? What is there to fear from little ones like these?”

oh, and they will bring trouble. troubles that will change a humongo, revealing just what he might be capable of under pressure.

the preface (by tony timpone) asserts that this book is about “intolerance, overpopulation, the environment, and even our notion of God,” all of which is entirely correct, but it’s also just a good old-fashioned allegory of society and culture clashes brought about because of language barriers and misunderstandings and demonizing the unfamiliar. or, essentially, a lesson in how to make an enemy.

but it is, and remains, a children’s story, more hopeful than not, and although there’s an ominous tone of a less-optimistic future, it’s up to the young to make sure that future stays in the realm of the potential or speculative. so make sure they read this, okay?

this book is actually twenty years old, having been published in belgium and only-belgium, in a language romero couldn’t even read, poor guy, as part of a project commissioning “improbable film people to write for young readers.” but thanks to CZP, now the whole world can learn about humongo bongo, and NOT humongo Dongo, as he is named in french. heh. dongo 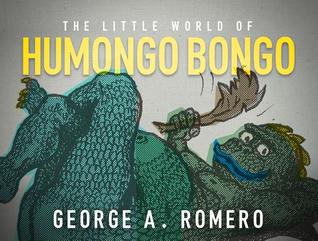 i love how coyly “come hither” humongo bongo is on this cover,* but i assure you – despite my dabblings in the genre, this is not monsterporn, so you needn’t flee from it like a Peanut.

* for accuracy’s sake, i must disclose that that’s actually humongo pongo in the picture.