The Blue Fox by Sjón
My rating: 4/5 cats

jeff vandermeer’s drawing of the cover: 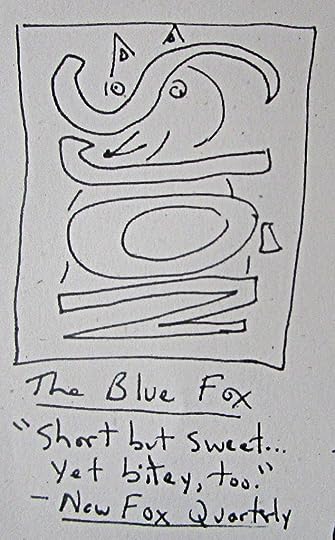 the first sentence of the book’s description on the back cover of my copy is:

Set against the stark backdrop of the Icelandic winter, an elusive, enigmatic fox leads a hunter on a transformative quest.

which is itself an elusive, vague sentence, but it is also the most cheekily appropriate summary; one you don’t really appreciate until after you’ve read the book. which you should do. because i’m not sure how to review this responsibly, without giving away the farm.

it’s only 115 pages, and the first 1/3 is made up brief paragraphs clustering in the center of the page, surrounded by a tundra of white space. which is a perfectly fitting presentation for its events, as a hunter tracks a blue fox through the snow, miles from civilization with nothing to see but snow, rocks, and the occasional glimpse of his quarry.

the book is divided into four parts:

and the events contained therein bleed into each other, giving slow-revealed context to the relationships between the characters and the darkly ironic repercussions of their decisions and actions.

the writing is descriptive, atmospheric, a beautifully peaceful invocation of the natural world:

The world opens its good eye a crack. A ptarmigan belches. The streams trickle under their glazing of ice, dreaming of spring, when they’ll swell to a life-threatening force. Smoke curls up from mounds of snow here and there on the mountainsides – these are their farms.

Everything here is a uniform blue, apart from the glitter of the tops. It is winter in the Dale.

but nature is as deadly as it is beautiful, and here the amoral brutality of nature is juxtaposed artfully against the cruelty of man, who ought to be more civilized and thoughtful than the forces of nature, but so frequently falls short.

brief, faintly magical, fierce and affecting – it reads like a fable, but it’s got thorns for days. 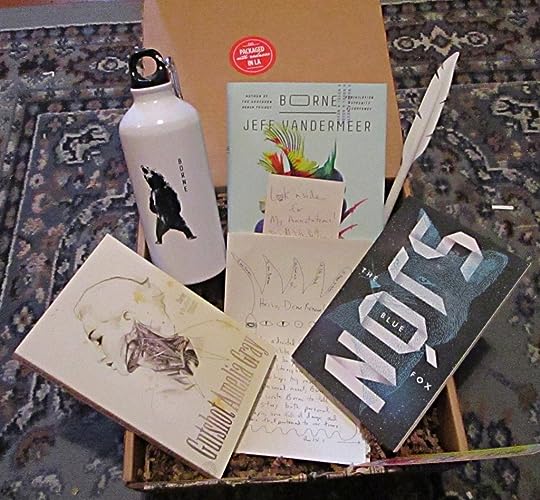 the second book in my third literary subscription box from quarterly

which i had been wanting to read for a while, but had never actually bought, even though it has been featured prominently on greg’s and my “foxen and wolf” table topper and sells really well. 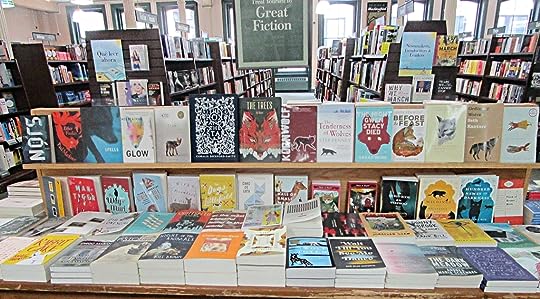