Taming Me: Memoir of a Clever Island Cat by Cathy Unruh
My rating: 3/5 cats 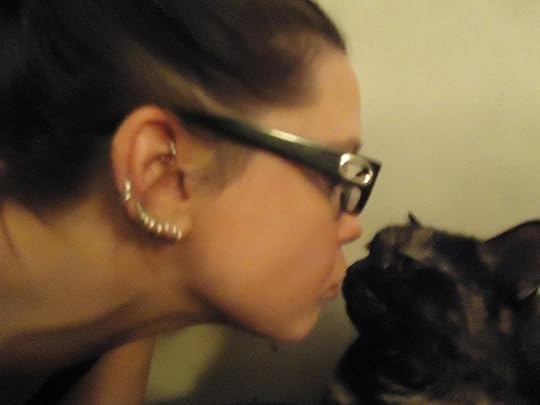 this is not a monsterotica book, despite its title and my reading history.

and looking at this cover, you would think i wouldn’t touch this book with a ten-foot barge pole. not that it’s not cute; it just seems like it would be a sweetie-pie book with schmaltzy tones that just would not agree with me. but the fact that it was told in a cat’s POV, and having loved Tailchaser’s Song beyond all measure, convinced me to give it a shot. and it wasn’t schmaltzy at all.

it toes the line between fact and fiction, incorporating real animal-behavior details with the anthropomorphization we humans like in our animal adventure-tales.

and there are some real, sad, moments in here. the book opens with a scene of the discovery of the body of a feral cat, starved to exhaustion, who has died in a discarded popcorn bag, and it is described almost dispassionately:

Shiny pictures of popcorn dance obscenely above a pair of legs sticking out of the bag. They are barely more than bone covered by wisps of fur. Their knees are planted in the dirt, their paw pads pointing skyward. A tail lies like a wilted worm between them, blanketed by dust. The chill afternoon wind travels up the tail, rippling the fur and filling the bag. It crackles open, releasing the rancid stench of death. Now I can see hip bones thrusting against fur, like tree roots straining upward through the grass. This is the first dead kitten I’ve seen. Tantalized by the smell of crumbs, he must have heaved himself inside a human food bag, but could not gather enough sustenance to crawl out and continue the hunt.

this is the story of a cat, saved from a difficult life of scavenging on a caribbean island where there are already too many feral cats, and where one of its residents is actively trying to cull their numbers with poison and traps. it is a hard life, and many cats are too small and weak to survive.

however, there are other people on the island trying to rescue these unfortunate animals, trapping and spaying them before releasing them back into the wild. this is what happens to lucy miracle. she is on the verge of death from hunger and hypothermia when she is rescued, and while her life is saved, she is also separated from her mother, and placed in a situation that feels like a prison to her.

feral cats are difficult to domesticate. unlike dogs, they are not pack animals. they will have their loyalties, but for the most part, they don’t yearn to be companions to humans, to wear collars and be told where to poop. and lucy miracle resists all of this. from her perspective, all the cuddling and cooing and baby-talk on the part of humans feels like an assault. and judging by the way my own cat (also a rescued, abandoned cat) gets squirmy when i want to give her the affection her fuzziness inspires, i can definitely see lucy’s point.

my neighborhood is full of feral cats, and there are many people who care for them, putting out food while keeping their distance. and i feel awful for these creatures, out in the cold, and having to rely on the generosity of humans. reading this only reinforced my soft smooshy heart. even on an island that is much warmer than manhattan, feral cats don’t have it easy, as this book demonstrates.

so as a book to raise awareness and to make people all soft and willing to support organizations that help feral cats, i think this book does a great job. it details the harsh realities of a wild life, and the long journey a feral cat has to make in order to accept the care and affection and safety people can provide.

*this is an example of forced-cuddling behavior that cats just aren’t that into. she tolerates me because i feed her.