There’s so much Jersey doesn’t understand.

If he did, he might not be so fucking optimistic.

i probably would have rated this one higher if i hadn’t already read another free tor shorty by this author, In the Cave of the Delicate Singers, which is a personal favorite of mine, so this one came with higher-than-usual expectations attached. this is more of a comparison rating than a “pure” one, so do with that what you will.

there’s a lot to like about this story, but also some things that stuck out as ungreat writing, like this line:

In her despair, she threw something, a dish or a cup that shattered twice, the first time against the wall, the second time, inside my heart.

that came right after an awkwardly written bit of dialogue, and having two iffy moments back-to-back pretty much colored the way i read the rest of the story, sort of keeping it at arm’s length, waiting for another ‘meh’ shoe to drop.

which it doesn’t really, but once i’m on the path to “meh” in my heart, it’s tough to redirect my feelings. to be fair, though, apart from those early missteps this is a really good story. it has some highly atmospheric descriptions:

As I ran, I could see moonlight on the chain of debris islands offshore—soiled tiaras formed out of junk—girders and bot parts and smashed weather drones, agri-panels tortured into sinister shapes, a smashed airbus and the skeleton of a horse. A human skull with a tire iron through its teeth grimaced from the top of a flagpole.

plus, some of these 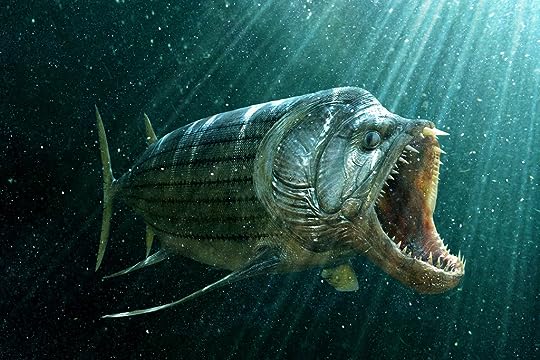 and some of these

and it’s a worrisome story of evolution and humanity’s struggle to survive in a world being consumed by the sea that builds to a fantastically dark ending which i appreciated for its refusal to cushion its own blow.

it’s not perfect, but it’s probably better than my star cat-rating indicates. 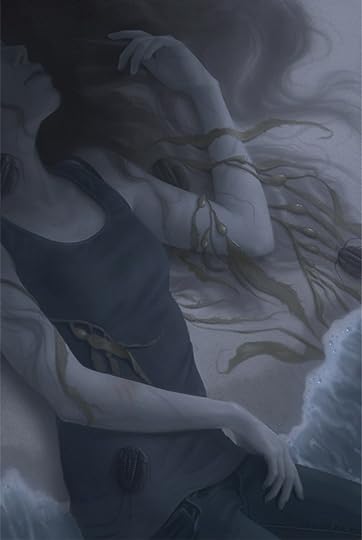