Seven Commentaries on an Imperfect Land by Ruthanna Emrys
My rating: 5/5 cats 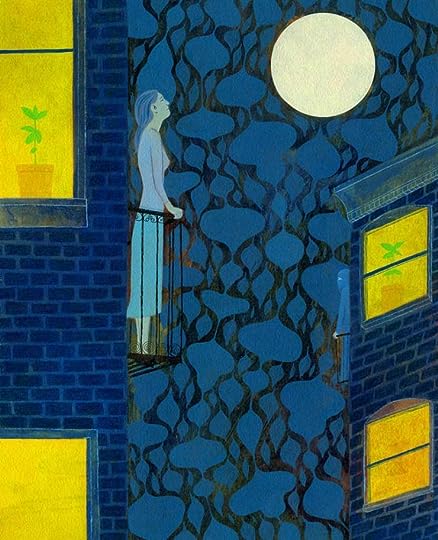 this is a very special story, of the creeper-upper sort, and i’m glad i didn’t read it when it was posted on the site in 2014, because i think it means more to me now than it would have at the time.

this story proves that i don’t need a story to be sad and dark and bleak to appreciate it but also that you can write a story with a feel-gooderie message without being schmaltzy about it.

this one is beautiful – light jewish fantasy about the importance of community and chosen families; kinship based around a familiarity of a fantasy realm called tikanu which is less a visitable realm like narnia and more of a layer of magic that settles over the lives of those in the know, spreading out symbolically like the tendrils of wild mint they grow.

basically it says – life’s gonna get hard. the world will stop providing bounty and safety and security. and when that happens, you’re gonna have to reach out and find your people. and yeah, when you do, there are going to be some ‘uninitiated trolls’ who make some distracting noise, but also, you will find your people.

The feast was such that it could only be held in the library. The people of Tikanu traveled there using scrimped and borrowed money, sleeping on each other’s couches and sharing each other’s cars, some converging on the few precious shortcuts through closets and trellises, but most traveling overland. The golems welcomed them awkwardly, voices harsher from the drought.

They ate scavenged oranges and roots gifted by strangers, and they sang with whatever voices they had. They cobbled together rituals from the gleanings of older traditions, from the library records, and from the truths they had found in their own corners of the land. And with food and song and prayer, they opened doors to welcome in the change they had invited.

The laws of Tikanu may be added to, but never lost. So it is that holidays grow, like mint, from the new crises of each season. Returning home to green buds and larders waiting to be filled, the people of Tikanu marked the Feast of Doors on their calendars for celebration in years to come.

as much as i never thought i’d be the one to be thumbs-upping a story whose message was ‘welcoming the change they had invited,’ well, here i am. three days before election day, hoping tikanu is united in inviting some change up in here.