this question is a reaction to the sight of this: 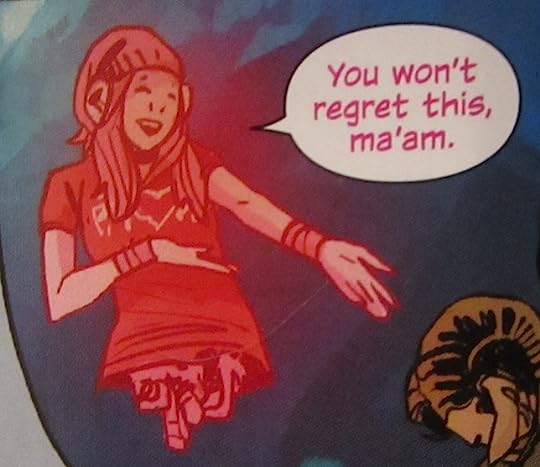 but it could be asked in response to seeing many of the other creatures appearing in this story. 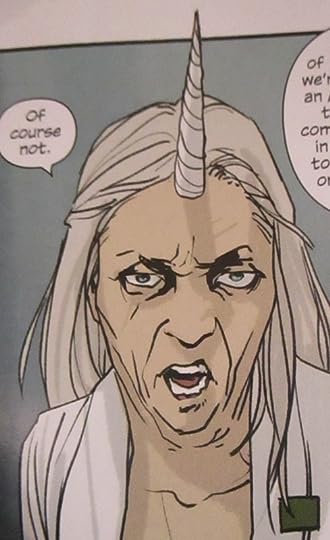 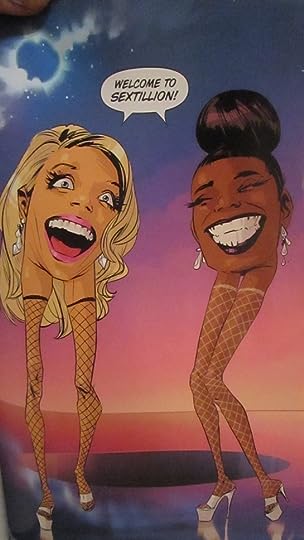 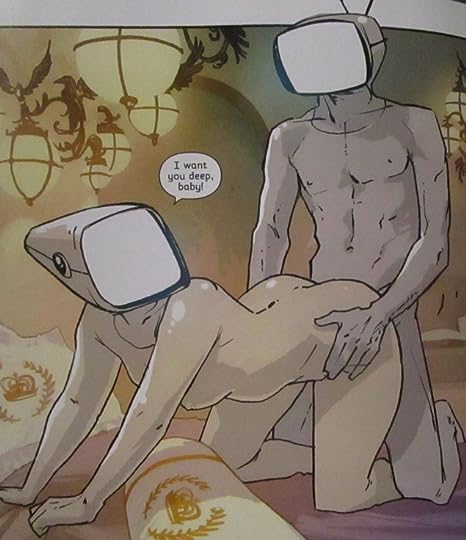 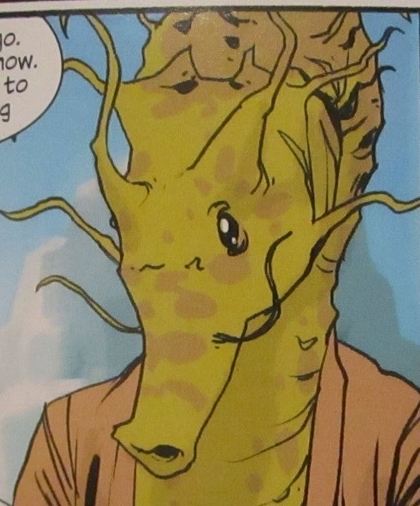 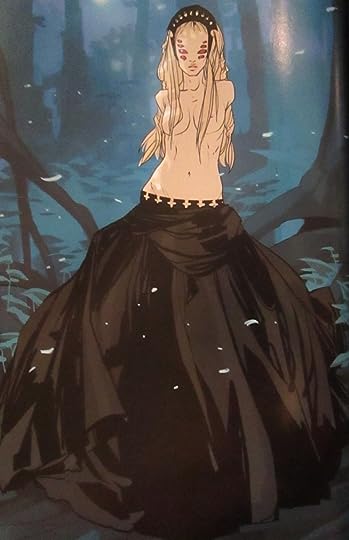 the story centers around a second timeless question: 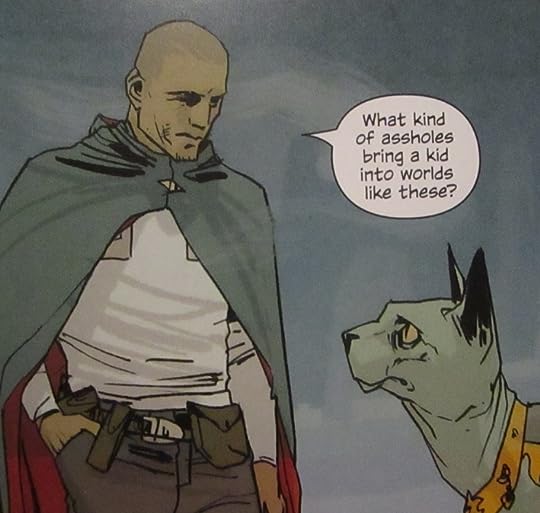 why, these two assholes, that’s who: 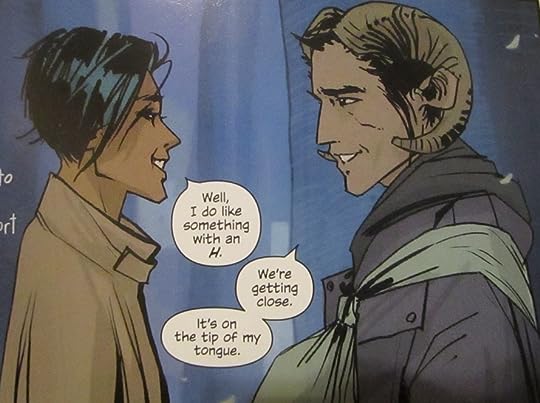 these incredibly attractive characters are supposed to hate each other, due to the longstanding war between their respective peoples, but they fall in love in that romantical star-crossed way; a classic tale of ‘he’s got horns, she’s got wings,’ and they make a baby together, where all of the grand beauty of childbirth is depicted. 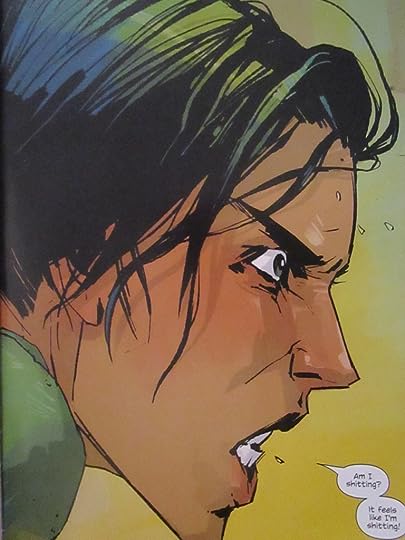 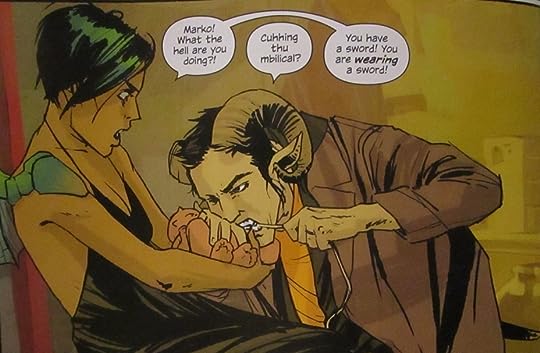 despite how really freaking beautiful they are, their love is considered treason, and the baby an abomination in the eyes of both their people, so the family is forced to flee to the furthest corners of the galaxy, pursued by a number of bounty hunters/assassins and also a lie-detector cat 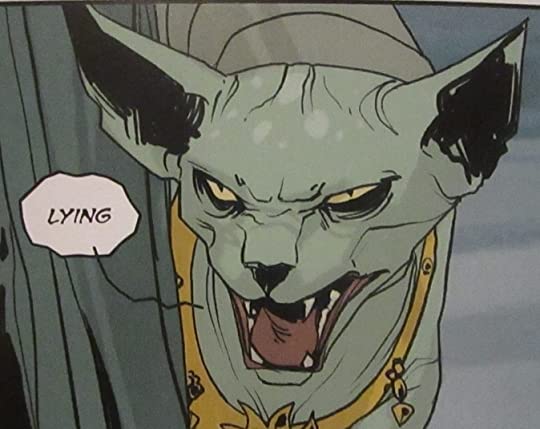 the third question is why did i wait so long to read this? it had been recommended to me a number of times by a number of people, and i’d always kept it in the back of my mind to read “someday,” but if i’d known it would be this good, i would have kicked myself in the ass towards it a long time ago.

this is a triumph of art, story, and concept, it’s funny as hell, and i love the characters – not just our two protagonists, but even those who are in pursuit of them. which results in very conflicted loyalties, but it’s one of the strengths of this story – that it’s not all black/white, good/evil, or in the words of the book: some monsters are worse than others..

there’s great character development and worldbuilding and i’m going to try to pace myself with reading these, so i don’t end up with another chew situation on my hands, where i plow through 10 books and then have to endure the agony of waiting for my next fix. (i say that, but i’ve already read the second one and bought the third, and there’s only five so far, so i will likely break this vow)

in any event, i’m hooked.
marko and alana 4eva! 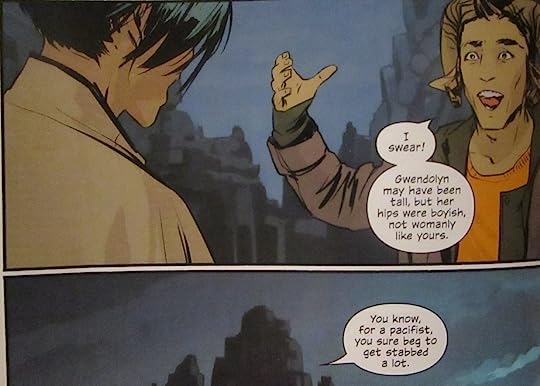