Rule of Wolves by Leigh Bardugo
My rating: 5/5 cats

None of this had been fated; none of it foretold. There had been no prophecies of a demon king or a dragon queen, a one-eyed Tailor, Heartrender twins. They were just the people who had shown up and managed to survive.

But maybe that was the trick of it: to survive, to dare to stay alive, to forge your own hope when all hope had run out.

to be honest, i didn’t love the first book of this duology—King of Scars. her writing is always spectacular, but i was a little who cares-y about central-character nikolai, whose glibness can be a bit wearying. there were definite high points, but it just didn’t grab me.

this one grabbed me.

it was everything i wanted, and a perfect example of what bardugo does so well: she’s an expert plotter, she presents morally complex characters who are neither heroes nor villains, she backs her characters into impossible situations whose eventual solutions are often completely unexpected, but not cheat-y, and she’s willing to kill off characters—most of whom stay dead.

this one is all Big Important themes and oppositions: war and its cost, technology and…its cost, the uneasy relationship between magic, religion, and science, the conflict between tradition and progress, and how some will see miracles where others see only monsters.

it’s also about doing a necessary thing no matter the consequences.

i’m really glad i read The Lives of Saints before this one, because although it’s just a series-companion-book, it does connect, although you won’t miss out on anything if you haven’t read it.

and YES, some beloved characters make an appearance, some in substantial roles, and some mere cameos, but the ending makes an intriguing promise about the next plotline, and i am ready.

on being underestimated: No one takes care to guard against a dull blade.

on sainthood: I will give them salvation until they beg me to stop.

on being a woman, a mother, a daughter:

“What we want…what we want for ourselves and for our daughters has never been the question. Only what we can bear.”

Survive this place. Survive this life. Find someone to protect you since you’re not fee to protect yourself. Sire children. Pray for boys. Pray the strange and willful daughter you raised will somehow find her way. Fear for her, watch over her, realize your fear and your watchfulness mean nothing when the storm comes on.

on magic and power:

“And this creature”—Brum pointed at Zoya—”the Stormwitch or whatever abomination she’s become. No one should have such power.”

“I’ll wager the same thing was said of the first man who held a gun in his hand.”

i loved this book hard, and i’m even coming around a little bit on nikolai.

and, to go along with my “under the hood” photo in my King of Scars review: 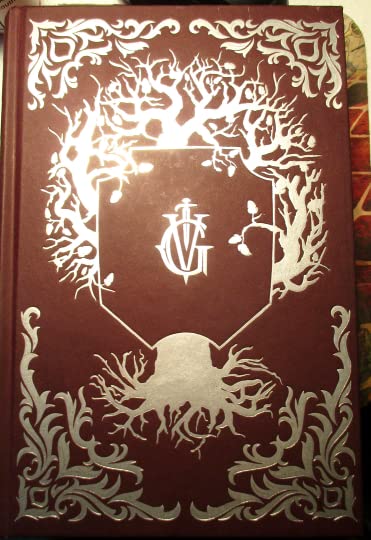 i tried to read it slowly but now it’s over and i miss it already.
review TK

i know it’s only a month away now, but i want this so bad i’m about to start kicking things until it’s mine