When I myself am dead matter, I will speak the language of things. Then at last I will understand what it is that the world has been trying to tell me, all my life. 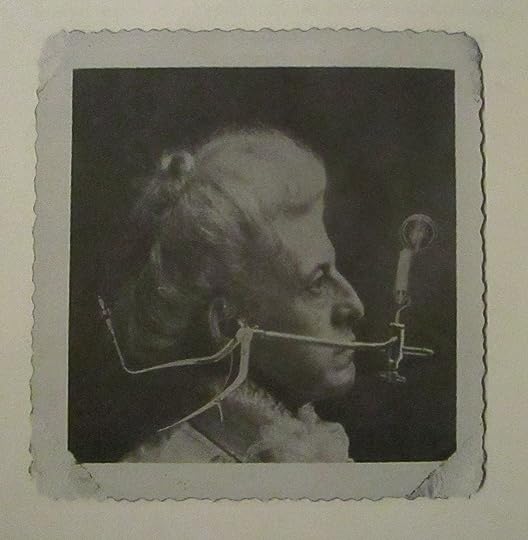 writer/artist shelley jackson is experimental AF. one of the pioneers of the hypertext novel, she has also been writing a novella called ‘skin’ for the past sixteen years in which a single word of the story is tattooed on a participant (apply here!), and another ongoing story called “snow,” begun in 2014, which is the same concept, only even more ephemeral; each word is written in a patch of—you guessed it—snow. follow the story on instagram, which will continue until global warming triumphs.

she has written and illustrated a number of children’s books (none of which i have read), as well as a short story collection and a novel both of which i have read and LOVED: The Melancholy of Anatomy and Half Life, but she hadn’t (traditionally) published anything since Half Life in 2006. so when i—having pretty much resigned myself to never getting to read anything else by her—came upon this gorgeous book cover staring back at me while casually browsing in a bookstore, i YELPED, and threw all my money at it. (yelping literal, money-hucking figurative). ‘course, i waited a stupid-long time before reading it, and by the time i picked it up—unbeknownst to me—the paperback had come out five days earlier, making it an extra title in my 2019 project ‘to read (at least) one book each month that i bought in hardcover and put off reading long enough that it is now in paperback.’ but i do not regret buying the hardcover one bit—this is an especially well-made book, with the paper equivalent of 300,000 thread count sheets that just feels good to read and to hold—a beautiful, weighty object, heavily illustrated with creepy olde-timey photographs and diagrams throughout: 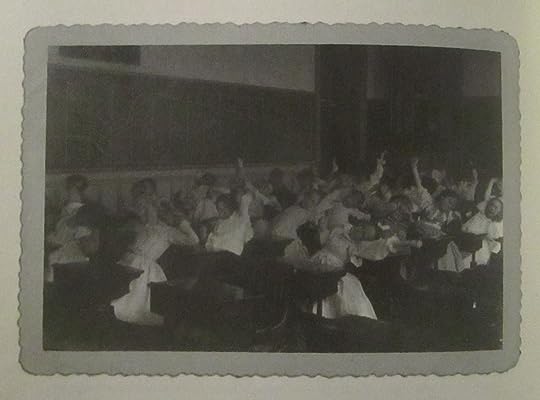 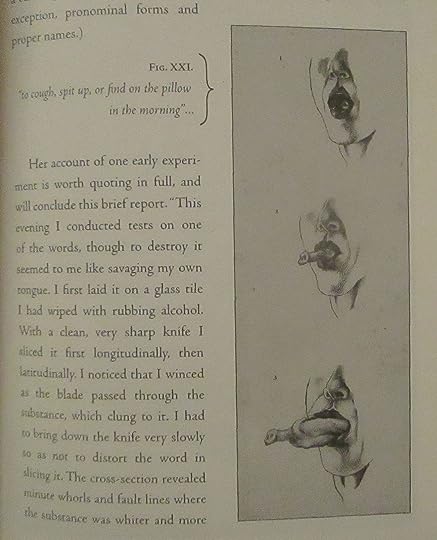 jackson spent twelve years writing this book, in-between all the tattooing and snow-writing, and it was absolutely worth waiting for. dustin called it “seancepunk,” which is not a term i have heard before, but it’s a perfect descriptor, so if he made it up, i am here, applauding him. hi, dustin! in less streamlined terms, it’s postmodern gothic fabulism, structured as a series of documents collected by a historian who, after experiencing a series of eerie coincidences, becomes fascinated by the sybil joines vocational school; a mysterious, somewhat scandalous institution in massachusetts, where children with speech impediments were trained to serve as mouthpieces for the dead; stuttering being a conduit to the deceased in ways far too complex to detail here, but when you read this book, you will learn all there is to know about necrophysics and necronauts and necromancy, with many illustrative diagrams to guide you: 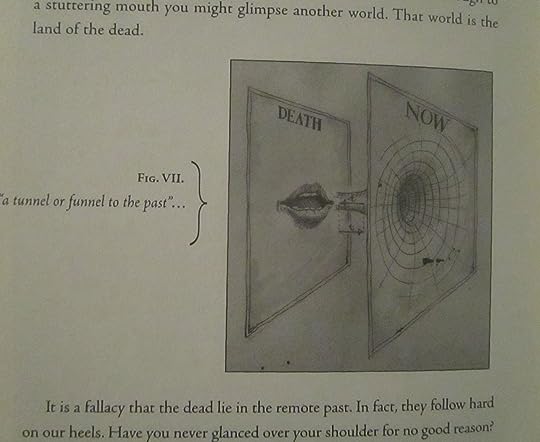 the documents consist of, and alternate between, “The Final Dispatch;” the transcripts of the school’s headmistress sybil joines’ final journey into the land of the dead, dictated to her stenographer over the course of the night of her death in 1919, “The Stenographer’s Story;” being the observations of jane grandison: a biracial orphan whose stuttering gained her entry as a student, whose ambition gained her special favor and access, becoming the headmistress’ right hand and chronicler of her story, “Letters to Dead Authors;” in which headmistress joines beseeches deceased authors (and occasionally, the characters of dead authors) for financial or other forms of assistance in her life’s work and mission, and “A Visitor’s Observations;” the notes of a linguistic anthropologist who…yes—visits and observes the school to develop his thesis on the relationship between language and loss. these are the recurring documents arranged by the historian, interposing them with additional primary and secondary sources, providing the first academic study of the school; one as comprehensive as it is controversial once circumstances arise that cast doubt on the authenticity of some of the documents. oh, and there’s also a murder. have i not mentioned the murrrrderrrrr yet? welp, there’s one of those. maybe more than one, once the backstories of characters start peeking out from the past.

it’s an ambiguous, circuitous, and deeply sad story, filled with characters haunted by more than just the voices of the dead—lonely people seen as flawed or damaged because of their inability to speak clearly, searching for a place to call home: To run away from everything, even my own self, was to find a home I could never lose, because it was loss itself. 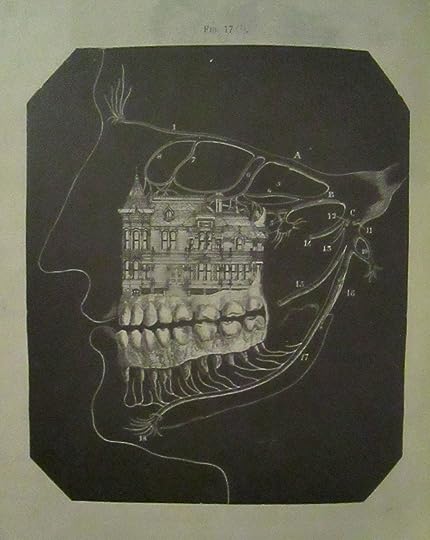 it is also occasionally very funny, and there’s some striking imagery around the disconnect between the body and the spirit, the self and the spoken: “the feeling that something fanged was chewing its way up my throat,” or being “like a steak in a dress,” a person “built around a riddance.” it’s a book that delights in language, filled with characters who cannot speak it, unless they are channelling the voices of the dead. 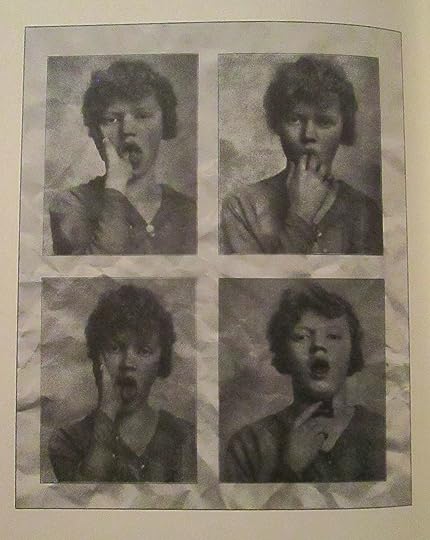 it’s a 500 page book whose progression is sped up by many pages of images, but slowed down by the oh-so-chewy prose; the “outrageously overstuffed sentences:”

It is a fault of our age to consider all that is eccentric—and by eccentric I mean merely and precisely what lies farther than usual from a certain, conventionally defined, probably illusory center—as representing only one of two things: the symptom of a malady whose cure would restore the patient to a place in the center; or a new center, toward which all must hasten. What is true, we nearly all agree on; what we nearly all agree on must, we think, be true. But I would suggest that there are minority truths, never destined to hold sway over the imagination of the entire human race, and furthermore, ideas—less defensible, but to me, even more precious—that are neither true nor false bit (I have sat here this age trying to compose a marrowsky better than fue or tralse, but hang it:) crepuscular. One might even say, fictional. Entertaining them, we feel what angels and werewolves must feel, that between human and inhuman there is an open door, and a threshold as wide as a world.

but that is prose worth chewing on.

it is not a scary book, apart from the horrors of institutions of this (general) kind; orphanages and corrective facilities of the wayback; and here, children are exploited and experimented-upon by a woman with her own childhood horror stories, single-mindedly pursuing answers by any means necessary.

all that and creepy pictures, too? 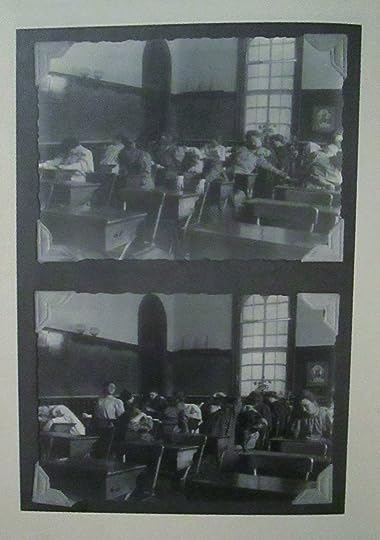 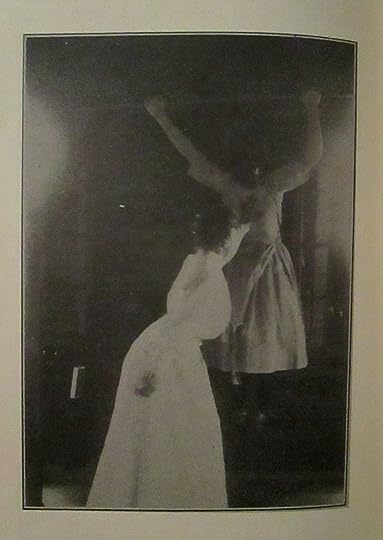 when can i have more?